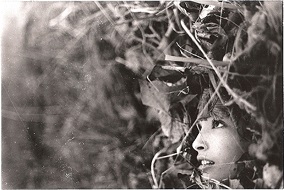 I submitted my first poem to Polyphony HS as a sophomore in high school. It was May—allergies, spring warmth, AP tests—and I read and reread my submission in between sneezing fits. Line breaks, diction, etc. The piece, I thought, was perfect.

A half month later, I’d published my first poem with Polyphony HS. I thought I’d hit a high, and I ran with it. In the following months, I submitted with greater frequency and intensity—more poems, more short stories. Multiple submissions in a single sitting. I wrote with an eye to submitting. I fanned out, found a handful of other journals that published teen writers exclusively. I collected rejection slips and acceptance emails in equal quantities. They were trophies, in my eyes. A testament to occasional originality and unwavering stubbornness.

Around this time, I contacted a group of literary friends (we’d attended a writers’ conference together at Hood College)—a playwright, a poet, a photographer, a designer—and massaged my publications frustrations with them into something resembling a plan of action. We wanted to provide younger writers with a platform for expression. We wanted young writers to receive the same kind of kudos for their work as does, say, a heavyweight of New Yorker esteem. A lack of publication outlets was a problem we could solve. Through young writers’ lit mags such as Polyphony HS, and the rough-and-tumble competition of the adult literary world, Vademecum Magazine was born.

It’s difficult to perfect an art—a poem, a prelude, a painting. Mastery is thrown about quite a bit. But what, really, does the word mean? Technical skill? Emotional finesse? A synthesis of the two? Even as age and experience help with attainment of both, it’s hardly fair to expect teenaged writers to compete with seasoned authors. Most youth literary publications are tied to secondary schools. Proof: the editors of Vademecum Magazine are frequently asked if the lit mag is the house publication of a high school. The question that usually follows: “You guys run the magazine?” But the words can’t be taken at face value: “As in, all by yourselves?”

There’s a galaxy of young writers who thrive beyond the immediate bounds of Advanced Placement English Literature, beyond dry writing prompts and overwrought analyses of The Scarlet Letter. Young writers matter. They’re intrepid, uninhibited. You’re granted a certain freedom when you haven’t had styles and movements crammed into your head, when youth is a cocoon and reputation is a non-entity. I believe the best works come from either extreme focus or reckless abandon. Or, perhaps, a synthesis of the two: a focused recklessness of thought.

So it’s a shame (a real shame) that there aren’t more opportunities available to young writers. There’s an elitist aspect to every art after a point, and contemporary literature’s no different. Younger writers, I think, have the capacity to not take themselves too seriously—enough to produce strikingly fresh work, but not nearly enough to say, “I’ve got a terrible lot to lose if I do/don’t publish this poem/flash fic/short story in such-and-such zine/review/journal.”

Luckily, there are forums and publications dedicated to these younger writers, no matter how small in number. Polyphony HS supports young writers wonderfully—the magazine’s editorial board, which is composed of hundreds of high school students, provides detailed critique on every submitted piece. Vademecum Magazine and other high school magazines have sought to emulate this model, to an extent. The Scholastic Art and Writing Awards, hosted annually, draw the top 1% of writers and visual artists in the world to Carnegie Hall in a celebration of youth arts. The Foyle Young Poets Award recognizes 15 outstanding teen poets annually. The prize is truly international—hosted by the British Poetry Society, with submissions from every corner of the world.

In the context of these admirable venues, Vademecum Magazine is a relatively young publication, but our purpose and efforts show that we know this sphere of teen writing well. From the start we’ve sought to afford young writers all the rites of publication that adult writers receive, including a real printing and placement in bookstores. To this end, Vademecum Magazine also recently launched its chapbook contest, which will publish a young poet who’s compiled a collection of 20-30 original pieces. The winning collection will hit bookstores where Vademecum Magazine is also carried.

It can take years of experience for a writer to be taken seriously for her work. But similar to how being a young writer doesn’t mean you’re an immature writer, the young Vademecum Magazine is a lit mag to be taken seriously. We know what young writers need—support, opportunities, venues. We provide these things for teen writers so their strikingly fresh work can be recognized.