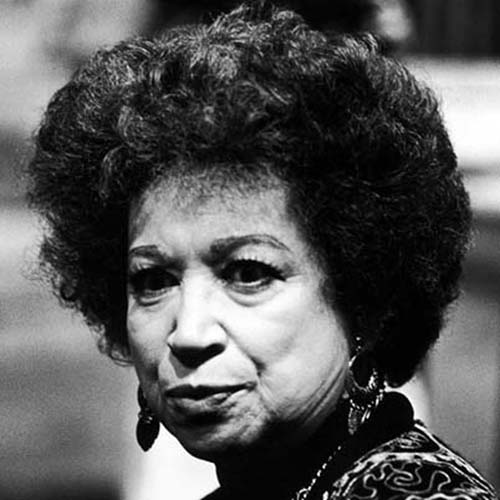 “Some truth has no nourishment in it.”—Alice Childress

On August 14, 1994, at the age of 77, the literary world lost Alice Childress—African American play write, author and actress. Born on October, 12th 1916, in Charleston, SC, Childress grew up in New York’s Harlem. She was a theatre actress and earned a Tony nomination for her role in “Anna Lucasta”in 1944. Alice Childress’ most notable works included the young adult novel, A Hero Ain’t Nothin’ but a Sandwich (1973), and her play, Trouble in Mind (1955).

Childress’s body of work created better roles for women, as well as addressed race relations.  Alice Childress also “detailed the compromises people make in order to survive and acknowledged those living on the margins of society.”

Alice Childress (October 12, 1916 – August 14, 1994) was an American playwright, actor, and author, acknowledged as “the only African-American woman to have written, produced, and published plays for four decades.” Childress described her writing as trying to portray the have-nots in a have society, saying: “My writing attempts to interpret the ‘ordinary’ because they are not ordinary Each human is uniquely different. Like snowflakes, the human pattern is never cast twice. We are uncommonly and marvellously intricate in thought and action, our problems are most complex and, too often, silently borne.” Childress also became involved in social causes, and formed an off-Broadway union for actors.

Her other publications include: