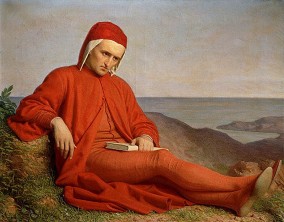 “Civilization may be said indeed to be the creation of its outlaws.”
James Joyce

Books challenge or change thinking. So, many novelists, essayists, historians, poets, pamphleteers have tended to be enemies of the status quo. Revolutionaries. Troublemakers. Stormers of the Bastille.

Since the Good Book, authors have been exiled, racked, crucified, burnt, and beheaded by monarchs and popes. Today they are remaindered by oligarchs and accountants, or bled by the thousand cuts of NYREV critics and web bloggers.

Most take up the pen to be praised and loved. But a cursory review of history reveals why this has not been the case and how the sword has proved mightier than the pen in the short run. Wrote Cervantes, the tilter at windmills: “Let none presume to tell me that the pen is preferable to the sword.”

The first step to building a Republican utopia, Plato proclaimed, was to execute poets. He might have included novelists but they weren’t around yet except for the ones in the Middle East working on the Pentateuch. And the trouble this chapbook stirred up is well known.

Plato’s teacher, Socrates, was executed for “subverting the morals of youth.” The few students who could tolerate the acropolis gadfly arranged to rescue him from death row, but he drank the hemlock instead. Why? Because he preferred death to exile. And, like most philosophers who wrote their own material – Plato simply took his dictation – he had a persecution complex. And he was fed up living without royalties.

In Rome, St. Peter suffered the same fate. The Lord’s favorite disciple, a masochist with a flair for the dramatic, requested to be crucified upside down. But not before dictating his own memoirs to Mark. As for the fisherman’s garrulous sidekick, Paul, the Romans — unable to endure another chapter to the Acts, much less another letter to the illiterate Corinthians – chopped off his head.

Which is what befell another wordy ancient: Cicero. But it was almost as if Rome’s Conscience, as he was called, wanted the axe. After Caesar’s assassination, the Republican columnist started dissing Antony. The thin-skinned tyrant exiled him to Greece. Here Cicero escaped his suicidal thoughts by blogging about such riveting topics as old age and civic duty. Meanwhile, he vented to his penpal, Atticus: “Don’t blame me for complaining. My afflictions surpass any you heard of earlier.” Eventually, the senate pardoned Cicero. But no sooner had he returned to Rome than he rattled Antony’s cage again with his op-ed Philippics in the Tribune. When Antony’s muscle arrived at his villa, the writer barred his neck, but not without one last flippant aside: “There is nothing proper about what you are doing, soldier, but do try to kill me properly.” And so they did: at Antony’s order, they also cut off his hands which had penned the Philippics and they spiked them, with his head, as an AWP exhibit in the forum.

These purges might have put a damper on the classic lit blogosphere had Cicero not enjoyed a groundswell in posthumous book sales in spite of being pedantic and boring. The Roman bloviator was only outsold by Lucian “the Blasphemer,” who parodied Homer’s Odyssey in his A True Story, the first Roman Sci-Fi novel, and was devoured by mad dogs.

In the years leading up to the French revolution, exile became the preferred means of silencing crazies and loose cannons. Why? Because for most men of letters, especially the gregarious Greeks and xenophobic Romans, being away from home and ignored by illiterates was a fate worse than death.

Thucydides was devastated by his twenty-year exile from Athens. But he spent the time productively in his Black Sea villa penning The Peloponnesian War that won him a ticket back home. With his colleague, Herodotus, he popularized the war novel pioneered by the blind singer, Homer. But, after returning home, Thucydides’ sons tried to have him declared mad and committed.

Ovid, another expat, was driven from Rome by Augustus for what the epic lyricist cryptically called “a poem and a mistake… worse than murder.” During his own Black Sea exile, he compiled poetry collections — but nothing worthy of his earlier masterpiece, The Metamorphoses, tracing human history from the creation to the deification of Caesar. He died alone and desolated in the Thracian gulag, ten years shy of Thucydides’ stretch.

After the fall of Greece and Rome, writers were scarcer than hen’s teeth. The new 99% troublemakers were nonreaders. Barbarians. The Goths, Visigoths, Vandals, et al exercised their own First Amendment liberties by raping, looting, and library burning. Until, at last, bookworms rose from the ashes phoenix-like and started catching hell from the Papists and their puppet kings.