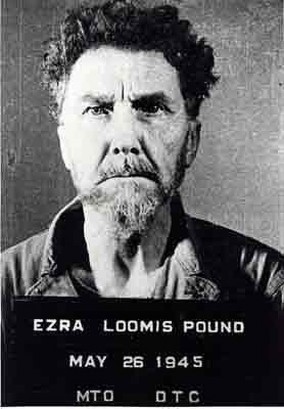 “Whether the life is criminal or not,
the decision is to encourage the psychopath in oneself.”
Norman Mailer

Thankfully the old Storming the Bastille, Justine, and Our Lady of the Flowers joie de vivre is still alive in today’s writer.

Said Ken Kesey after doing five months and change in the San Mateo jail for marijuana possession, a fake suicide, and a flight to Mexico: “It’s the job of the writer in America to say, ‘Fuck you!’ To kiss no ass, no matter how big and holy and white and tempting and powerful. To pull the judge down into the docket, get the person who is high down where he’s low, make him feel what it’s like where it’s low.”

Like the French Bastille, English Tower, and Russian Gulag Pen Programs, the American Pen has not been guilty of NEA cronyism in its cultivation of its own homegrown talent. Graduates, drop-outs, and overnighters have ranged from Jack London, Thoreau, Robert Lowell, O. Henry, Nelson Algren, Bukowski, Malcolm X, to the Connecticut Our Lady of the Flowers herself, Martha Stewart.

At about the time Sartre & Co. sprung Genet — Hemingway, MacLeish, Yeats and others petitioned for the release of Ezra Pound from psychiatric lock-up in the states. Enjoying productivity in a 9 by 5 like his historic predecessors, the fascist poet wasn’t crazy about the idea. “No comment from the bughouse,” he wrote his friends. Ironically, shortly before his imprisonment, Hemingway wrote him: “The great qualification to hold office is to have been in jail. Have you ever been in jail?”[1] After his release, Pound was asked by a reporter if he felt free. He said no, “When I left the hospital I was still in America, and all America is an insane asylum.”[2]

Howard Fast, the author of nearly fifty novels, was yet another eminent con artist who struck the creative Rock of Horeb while upriver. He began Spartacus, his slave uprising epic, during a three-month stretch in the joint. The Communist novelist earned his scholarship semester in West Virginia, compliments of Senator Joe McCarthy who found him in contempt for refusing to divulge contributors to an orphan home for Spanish Civil War vets (one of whom was Eleanor Roosevelt). Blacklisted by publishers following his 1951 release, he self-published Spartacus. The Marxist unloaded 48,000 copies in four months, then went on to land a major film deal as well as to win the Stalin Peace Prize, bestowed in honor of the world’s most prolific executioner. After graduating with his Mill Point Prison MFA, Fast queried his agent, Paul R. Reynolds, about a prison memoir: he declared that the cell-less Mill Point was dedicated “toward the reclamation not the destruction of men” which would make his memoir “the most exciting and most helpful prison story in this country.”[3]

Fast’s Spartacus put a damper on the novel-friendly American MFA programs. Rather than continuing to provide leftist scribes three squares, a room of their own and prison stationary, conservatives and anti-intellectuals decided to go medieval on renegade classics again. Ulysses, A Farewell to Arms, The Grapes of Wrath, To Kill a Mockingbird, Catch-22, Slaughterhouse-Five and other obscene, blasphemous, and/or seditious screeds were burned or banned. Later, not even The Color Purple, The Da Vinci Code, or Harry Potter were spared. Meanwhile, rather than throwing the likes of Hemingway, Harper Lee, or Steinbeck in the slammer and risking another Spartacus or Our Lady of the Flowers, the FBI kept a close eye on them, plus more than 100 other literary loose cannons.

Howard Fast’s friend, Norman Mailer, boasted an FBI file more copious than any of his novels. “There are palaces and prisons to attack,” he told the Paris Review in 1963. “One can even succeed now and again in blowing holes in the line of the world’s communications.” The self-described “Marxist anarchist” – who would later complain to his agent that he couldn’t survive on less than quarter-million annually — called Castro “the greatest hero of 20th Century,” credited Karl Marx’s Das Kapital for improving his prose, and proposed destroying the American “Tower of Babel” – the World Trade Center. Though The Village Villain, as he called himself, never targeted the Towers, his first Molotov over the bourgeois battlements, The Naked and the Dead, was banned in Canada and helped him unload 200,000 copies in three months. After his next two novels tanked, the provocateur decided to run for mayor of New York on the “No More Bullshit” ticket. And that’s when he barely escaped getting thrown in Rikers or Bellevue.

At a launch house party for his mayoral campaign — attended by his “power people” and homeless friends — a lubricated Norman stabbed his 2nd wife, Adele, in the chest, nearly killing her for challenging his manhood. Days later, he begged the magistrate not to send him to a mental institution, ”Because for the rest of my life my work will be considered as the work of a man with a disordered mind. My pride is that as a sane [sic] man I can explore areas of experience that other men are afraid of.” The judge let him off with a verbal spanking and a psychiatric evaluation. Had he been shipped upriver or to Jersey, Mailer may have produced an exile or con masterpiece like his predecessors. Instead, he abandoned prose and spent the next two years drinking and writing what he called “the world’s worst collection of poetry” — Deaths for the Ladies.

The irrepressible Brooklyn bete noire went on to revive his career with his Pulitzer Prize winning The Executioners Song. The hero of the “nonfiction novel” was a death row inmate, Gary Gilmore, whom Mailer confessed “appealed to me because he embodied many of the themes I’ve been living with all my life long.” While completing the book, Norman became penpals with Gary’s fellow inmate at the Utah State pen, Jack Abbot. The murderer had much in common with the heroes of The Naked and the Dead, Dear Park, and An American Dream. “Mr. Abbott has the makings of a powerful and important American writer,” Mailer wrote his parole board, promising to hire him as a research assistant for $150 a week.[4] So, the con was released in ’81. Simultaneously released was his prison exposé — In the Belly of the Beast — introduced by Mailer, represented by his agent, Scott Meredith, and distributed by his publisher, Random House. Sue M. Halpern, of The Nation magazine, called Abbott ”a stunning writer and tenacious thinker.” She added that his book “leaves no doubt where our gulag is,” apparently unaware of how well that Pen program worked out for the Russians in particular.

Showing that times had indeed improved for literary outlaws, Abbott partied with Mailer, Jerzy Kosinski (former president of PEN), and the New York literati, and did Good Morning America. Then, just as the Times was about to run a rave for Beast, Abbott shanked an aspiring playwright/restaurant worker for refusing to let him use an employee restroom. Which earned Mailer’s protégé a ticket back to lock-up where he penned a sequel, My Return. His victim’s widow won a $7.5 million judgment against him, so Jack collected no royalties and later hung himself from his cell bedsheets.

[4] Michiko Kakutani, “The Strange Case of the Writer and the Criminal,” New York Times, September 20, 1981