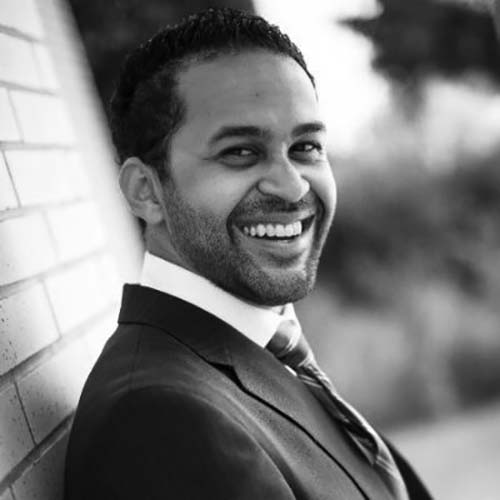 The skies are the brightest above Khaari, they say, every star beaming, splattered generously across a dark blue awning.

Jamba had stopped noticing half a century ago since Father, his lap a white, sweet-smelling hassock, used to point out to his dead mother, the prettiest dot in the Milky Way.

“See it flicker?” he asked. “She must be happy today.”

Then, Jamba got busy unlearning being a teenager, taking on duties as a goat-herd when Father fell fatally ill.

Years later, in his desert village where people usually sang to the almighty for rain, eyes and palms appealed for respite from a strange disease that was killing people. Jamba regretted heeding village chief’s advice and getting married because that brought his pretty wife, Gauri, into an already blighted village, where she would die in a corner of his shack, alone when he had run out to get help, help he knew he wouldn’t find.

When hatchets from the disease finally stopped falling, the only drive for Jamba came from his baby daughter, Seva, born within a year of their marriage.

Now, a scarf wrapped around his head, Jamba, looking old from hurt not age, scuffs into the train station, cloaked in withering wool, chafing freezing hands.

It is well into the small hours on another cloud-stripped night. Two steel containers with roti and daal clink in a bag swinging from his shoulder. He squats near a lone bench and stares into the darkness to his right. A dog sleeps next to him, knocked out by extreme heat that days manifest.

Jamba nods; he can hear the tracks shudder. Hissing and whistling, a goods train makes an unceremonious stop, like it does every month at an hour when air pinches skin and grates ancient wounds.

Desh the driver, hooded in thick blanket, walks up to Jamba and hunches beside him. They sit grazing shoulders, sending slow puffs of white, and divvying up supper.

“The same since you left Khaari.”

Desh looks towards Jamba as if he reads something more in his reply.

“Still angry with me for taking this job up?”

“You should be happy that I moved close to Seva’s village,” says Desh, tearing a piece of roti and rolling it into his mouth.

Jamba shifts positions and lets out a small cry holding his lower abdomen.

“You don’t have to do this every time,” says Desh, “not with your health. I can find food at the next station.”

Jamba doesn’t answer. He watches the dog rise from sleep and walk away half-dazed, his gait confused.

“Did you see her?” asks Jamba.

“You talked about me?”

Desh gulps, feeling a spatter of daal tickle down his cheek. He cocks his head and wipes the spill on his shoulder.

There is silence as a low mist rises above the train and pauses briefly in the glow of headlights.

Memories of a cold night drift into Desh’s thoughts when he had stormed into Jamba’s house and berated him for letting his daughter go away.  She probably expected him to stand by her side, he said, while the whole world rebuked her relationship with a boy of a different cast. The whole time Jamba had sat cold-eyed, shadows from a dim lantern flickering on the wall behind his head, beedi smoke snaking from chapped lips. Jamba soon stopped talking about Seva, even to Desh.

The mist lingers stubbornly. Desh scans his friend’s face, pallid, spider-web cracks crisscrossing his ebony features, and recalls the day Jamba got married to Gauri, when he sat beside them admiring their youthful faces.

“If she had her way she would have come and seen you… you know that, don’t you?” says Desh.

He notices a glint in Jamba’s eyes looking skyward. “See that star next to the moon?” They stare into space. “Father used to say that is Mother. See the smaller one next to it?”

Desh couldn’t see the second one but nodded anyway.

Desh forces a smile. “You didn’t answer me.”

Jamba shakes his head weakly in response. “Too many years have gone by… too much pain left to molder,” he murmurs, and waves away his friend’s counter.

Desh lowers his gaze, unsaid words dying in his throat.

Jamba shuffles, a grimace sweeping across his face. “Do me a favor, will you?” he asks, and without waiting for Desh’s answer, starts burrowing into his bag, and pulls out a plastic packet. “Give this to her.”

The mist climbs up trees, sketching silhouettes around leaves and branches. They sit in silence that has grown quieter.

“You feeling OK?” asks Desh. Jamba nods yes. Thoughts of their childhood come to Desh, but they are unclear, fragmented, like a collage of torn black and white pictures hastily assembled.

It is time for Desh to get back to work. He gets up lazily and pats Jamba’s stooped shoulder. “All right… have to go.”

As the train departs, he sees Jamba receding in his mirror, a slouched figure sitting still on a deserted platform.

Desh is guilty about hiding the truth. But with Jamba’s fatal condition, he thought it pointless to reveal now that when he moved close to Seva’s village four months ago, he learned she wasn’t there. Like low wisps of heat on drenched asphalt, rumors still floated that someone saw her lug a rickety suitcase one night several years ago and leave, tired of being tortured by her husband and his mother for bearing a barren womb. Some tattled tales Desh didn’t want to believe. No one knew of her whereabouts.

As the train picks up speed, Desh closes his eyes. The only sound he hears is Jamba’s plastic packet crinkling in the wind.