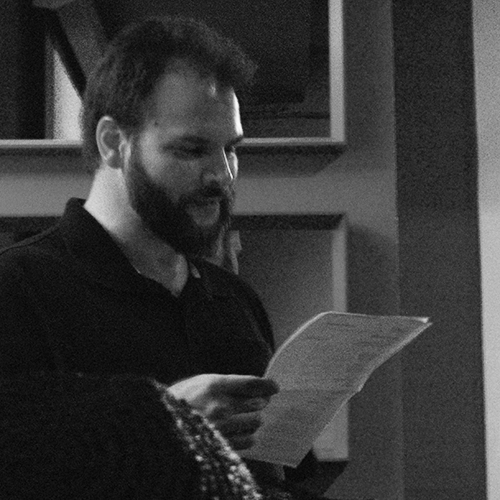 He loved dates, regardless of what events they marked. He loved all the times of day: dusk and dawn, noon and midnight. He loved the weeks and the months, especially the leap-year fluctuations of February. He loved minutes and he loved all of the hours.

He wound watches of all sizes and colors and wore them, bands of mechanical wonder stacked from his wrists to his elbows that thrilled as their ticking vibrated his body.

His eyes met mine, full of eager gleam. “Do you want to know the time? In Dublin, Paris, Cairo, Beijing?”

“My watch’s microchip can tell me that,” I replied “I don’t need sixty different watches.”

“Ah, but you have forty radios at home, all tuned to different stations.”

“That’s different,” I protested. “It’s faster than turning the dial.”

“It’s faster to glance at my arms than fiddle with tiny buttons.”

“But why should you want to know the time in Tokyo or Timbuktu?”

“Because there’s time everywhere. I mustn’t lose track of it.”

“What’s the time at the South Pole?” I demanded. “You know, where all the time zones converge? It must be every possible time all at once.”

The next time I saw Milton Chesterfield, he was wearing shorts. From his ankles to his knees were more watches, evidently with extra links in the bands, or much longer straps adapted from belts. Even more formed a collar—all the time in the world spinning him from head to foot.

I couldn’t help myself. “What time is it at Mount Olympus on Mars?” I asked him.

He staggered, aghast; and clutched at his chest.

I went home and turned on all my radios at once.

Mike Allen works as the arts and culture columnist for the daily newspaper in Roanoke, Va., where he lives with his wife Anita, a goofy dog, and three cats with varying degrees of psychosis. In his spare time he does a ridiculous number of things, including editing the critically-acclaimed anthology series Clockwork Phoenix and the long-running poetry journal Mythic Delirium. His own poetry has won the Rhysling Award three times, and his fiction has been nominated for the Nebula Award. He’s also recorded podcasts for StarShipSofa and Clarkesworld Magazineand participated in local improv theater, where he’s often asked to provide the voice of an Ominous Narrator or play the part of Satan. Photo by Vickie Holt.

Ian Watson wrote the screen story for Steven Spielberg’s A.I. Artificial Intelligence, based on almost a year’s work with Stanley Kubrick.  His most recent books are The Beloved of My Beloved, a volume of transgressive and funny stories in collaboration with Italian surrealist Roberto Quaglia, perhaps the only full-length genre fiction by two authors with different mother tongues (a story from which, “The Beloved Time of Their Lives”, won the British Science Fiction Association Award for short fiction, Easter 2010), and the erotic satire Orgasmachine, first begun almost 40 years ago but only available until now in Japanese; both from NewCon Press.

4 Replies to “They Say That Time Assuages”