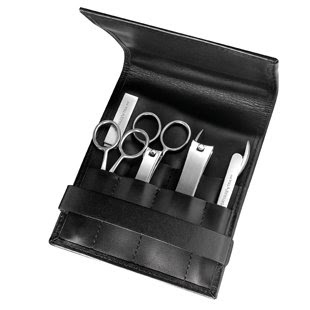 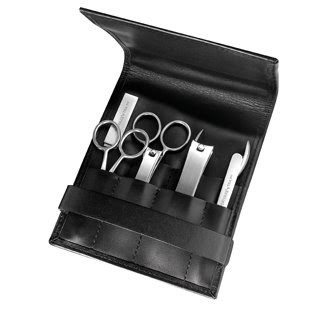 I was the butch lesbian, the tomboy to my older sister’s straight über-femme. She painted her nails, I clung to the dirt that had accumulated under mine. My bikes to her make up. My skateboard to her dolls. She’s three years older than me, and we couldn’t be more different. When we were kids, she dragged me around our house one day with a dog collar fastened around my neck. She also made me eat grapes with cheese melted on them. The mean tricks of an older sister. And now, at twenty-nine, I find myself painting my nails for the first time because she said I should, and I wonder about this new-found sisterly influence on me.

This isn’t about being femme, or trying to look a certain way. This is about painting my nails because I feel like it. But what started the painting was thinking about shaving. I don’t shave—anything. I haven’t shaved for over a decade. Shaving is time consuming, and I feel as if I have better things to do with my time.

My sister disagrees. She believes shaving is a must, an essential element to being female. We get into this discussion as I’m preparing for my wedding. I’m now dating a man, becoming a “hasbian” as my friends would say. My sister is excited about this turn in my sexuality, and the ways she can now influence me. She’s coming up with the things she can help to do as a bridesmaid. There is the action of helping me wax my legs, and the advice that I should shave my pubic hair.

“Girl, you gotta shave your who-ha.”

“Really? That seems weird,” I say.

“No way. It’s awesome. All of that hair blocks your biz, you gotta get rid of it for your wedding night. Just shave the whole she-bang. I mean, when I did it, just from walking around I felt stimulated.”

“And have you tried the KY Gel for Him and Her?”

“We tried the KY lube to begin with, but it was kinda sticky.”

“Well, you gotta try this shit man. It warms up and stimulates the who-ha for her, and then makes it all slippery for him.”

“But Kate, I’m already like a Slip and Slide down there.”

“Well yeah. That’s why you wipe yourself dry and then put on the KY for Him and Her. I’ll get you a package of it.”

“Oh really? Is that my wedding present?”

I do not think she has convinced me. But one thing in our long discussion stuck: she also wants me to put paint on my nails.

My sister and I never had these discussions when I was dating women, but now that I am with a man, our common sexual preference has expanded our conversations. The shaving, the nail painting, the discussion of shoes that will match my dress. Yes, I’m kind of butch, and yes, I’m wearing high heels and a dress. A semi-short dress at that, too. Thus, the need—no, the belief that I need to shave my legs.

Perhaps I am now feeling a bit femme, playing a role I have never before played. Having fun with gender. Momentarily switching form butch to femme. Because when I get off of the phone with my sister, I find myself reaching for that bottle of nail polish I bought one day a month ago when I was curious if it would match the color of my wedding dress—a cherry red. I’m not going for the white, don’t want to be tagged as a virgin on pre-my wedding night. So I got the cherry red dress, and found the polish to match, and now I find myself quickly painting away. I do not think I will shave my who-ha, but the legs, the armpits—hey, I’m game.

2 Replies to “The Decision”