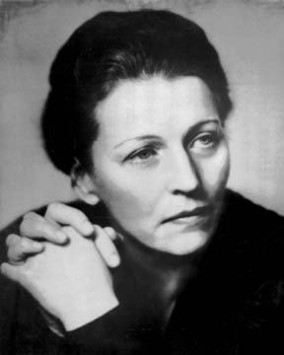 On this day 82 years ago, then 40-year-old Pearl S. Buck was awarded a Pulitzer Prize for her novel, The Good Earth. The book spent the previous year as an American best seller, captivating audiences around the world for its vivid and epic tale of Chinese peasant life. Buck was a novelist, journalist, biographer, translator, activist, feminist, mother and more, an outspoken voice sharpened on the global tensions and civil rights waves of the early and mid-twentieth century.

Daughter of American missionaries, most of Buck’s life up to 1934 was spent in China. She was a prolific and passionate writer, generating dozens of works of both fiction and nonfiction. Her writing delved into the tenuous and sometimes explosive clash of East and West, featuring with rich storytelling the culture and history of the Chinese tradition she so loved. It was that legacy of fiction, as well as her captivating biographies, that earned her the Nobel Prize in Literature in 1938. She was an active supporter of equal rights for women and minority groups in America and abroad, and wrote for many of the major journals and periodicals of her day.

“Wang Lung sat smoking, thinking of the silver as it had lain upon the table. It had come out of the earth, this silver, out of the earth that he ploughed and turned and spent himself upon. He took his life from the earth; drop by drop by his sweat he wrung food from it and from the food, silver. Each time before this that he had taken the silver out to give to anyone, it had been like taking a piece of his life and giving it to someone carelessly. But not for the first time, such giving was not pain. He saw, not the silver in the alien hand of a merchant in the town; he saw the silver transmuted into something worth even more than life itself – clothes upon the body of his son.”