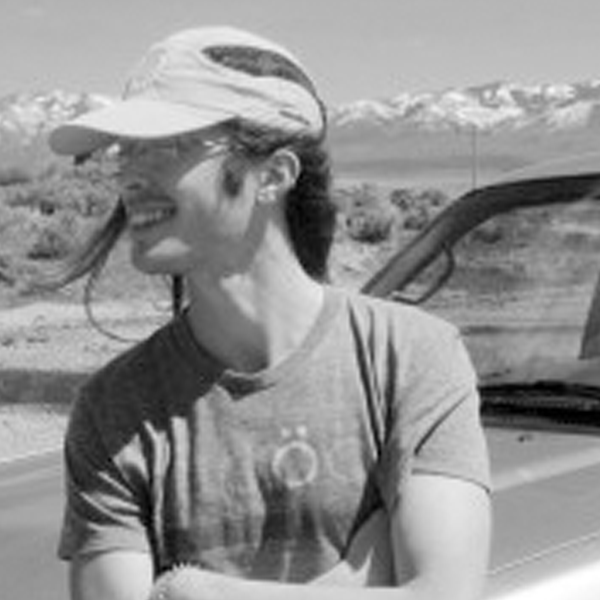 It is often said

It is often said that the proverbial bus to nowhere does not in fact exist but this bus stopped in nowhere and turned off its engine and as far as I could tell that was the last stop. Folks piled off though no one had said a word and milled under the curved roof waiting for bags. Under the exposed steel beam skeleton. Rain in the early morning and a dawn that just wouldn’t break through. I had no bags. Took off, then, from the skinny edge of nowhere with my hands in my pockets and when the first miniscule rain drop fell on the neck, thought: finally. Drifted through the towering streets. In God’s world there are chain link fences so high you wouldn’t think to climb, buildings with angles no mind could make. You have to believe if you walk far and hard enough in a line you end up in a better place, but I have been always taught that the earth is round. On a corner, wet coating the skin, I sat down, crossed legs, waited. You have to believe if you wait long and hard enough, et cetera. Though I feel sure if I had stayed there for as long as my body told me to stay, I would have been flayed by the wind, left by the birds. The accoutrements of mankind standing watch over me whenever the sky got too dim. The stars burning out, one by one by one.

The men, when they found me

The men, when they found me, were dripping high. I can sense when people are near me and my back pricked against the fence in a defensive hunch and I opened up my eyes to legs and black boots like a Nazi film from the knees down.

The men thought I was one of them. Didn’t lend a hand, no, stared as they had been staring when I was asleep, but when I stood I knew to slump and look about as if I had lost my things and look at the men, slowly, without ever touching eyes. The truth is that I had no things. I did not want them. I was one of the fortunates.

When the men walked I walked with them. We swept across sidewalks in a lazy march. The buildings shrank. I was still asleep. Suddenly, we crossed beneath a bridge, there was grass, and on that grass were children slung sideways on their elbows, greasy dogs on chains, clusters of humanity bent in on themselves. The men in boots dispersed among the smattered, useless militia. One pissed on the bridge’s pillar. The rest went like they were looking for something, fell one by one from their own steps. I heard barking. A dog dragged a chain across the garbage and grass, charging me, in a sprint. It stopped at my face and spit. Every day I think I am going to die. And then the sun comes out or the stars or there is a pretty face that walks from nowhere and says a pretty thing to me. The dog quiets. The grass grows softer. The face is from a girl, and she is saying, Who are you, Where are you from, Who the fuck are you. It is such a spectacle that I cannot speak. God is not alive in these moments. I do not even have a beard. And think: the things that come to me. She had freckles in a bridge across her nose.

Used to be that you needed a space to love

Used to be that you needed a space to love. In the place I cut my teeth men were boys and sipped milk and talked about the places they went to fuck, but you knew what they really meant was love. No one had any space then. Space was something else, a place where you went to live.

Darlene and I had all the space in the world. You learn, when you get older, the sky is your roof and you can love under all of it. So the cracked industrial walls and the chain link fences and the grass with cellophane wrappers mingled in: that is where we went to love. We call this permanent autonomous zone. We call this live and let live. Her freckles and the sweat on my thighs and the hair that lay black against our white. It is no longer a ritual, once you get to a certain point. It is an extension of what you are doing already.

Those days were loose. I lost track of the straight folks stepping grandly over cracks. Lost track, even, of our companions, crowding their dogs out of jokes, nobody ever saying they were hungry. When I touched Darlene I touched the earth. That seemed to be the only thing. I picked her up in my arms and there were so many folds of truth in her that neither of us could dream what we had lost sight of. The garbage, probably. I have learned that you have to keep eyes on the ugly, too. Else you’ve already become dead.

Those days, though, death, life, it was all the same. Every sunbeam was a bullet sucking at my eyebrow. Every piece of trash we rolled onto was a frag. I could tell you about the fear, too, the howls and whimpers that kept us crouched at night, tugging at our hair. But I don’t, and there’s a reason for that: every love is equal parts unrepentant dread.

Of course I ended up a link

Of course I ended up a link in the unending uneven chain of men with no home and women without love, and they were asking my name. They always ask my name. I don’t believe you, the skinny one said when I told him I went without one. Someone has to call you something. I shook my head. You came out of someone, the kid insisted. But my mother, I said, she’d passed, and I never listened to what she called anyway. I only being a mote in the wide eye of the universe, not even worth picking out. The kid snorted, and the circle of them scratched their arms and their tattoos and looked about. On a sunny day like this there is especially nothing to do. No one knows where to put the silence. But: sadly. It is true that a name is only a contract, placed there so that if there is a fire someone may alert you that it is your time to die. I took pity on them, gathered there with only the clouds passing above. Listen, I said, and they listened. If you want, you can call me. And I clicked my tongue against the forward roof of my mouth, like some Bushman that’s found a potato patch. Click, went the skinny kid, staring at me, shifting to take a cigarette out of his back pocket. I made the noise again. Click, he said, laughing. The rest of them joined in. I have done my best to avoid distinctions since I stopped getting shelled outside of getaway resorts and the only thing I have learned is that no one cares what you believe. Emasculated, I laughed with them. We all know that God has hidden.

The cars swung by regular

The cars swung by regular on the street abutting, swan songs of wealth and beauty, or supposed, anyway. The kind of cars we might never touch. Invulnerable. As if made from glass. Tearing full-headed past our field of drifters and underfed dogs.

I heard a man say once, Do not ask compassion from the desperate.

When the car hit me I was playing in the field with Darlene, running like a dog runs, blind and after something. I looked over my shoulder at her, slowing backward across the weedy sidewalk. In the near lane, a car slowed, and I thought it saw me lose stride and put a single foot into the street for purchase. Then it hit, and I felt the foot swing around and my body follow it, and I was on the ground, stunned for a second and then on my feet, waving my hands and rushing to the driver side window. The woman was pasty with makeup and pink lip gloss but I only saw this later because she had her hand over her mouth. I’m sorry, I said. She was going to sob rivers into my throat. You hit me, I said.

I’m sorry, she said then, to me. I was standing there gripping the rubber flaps on her open window with my dirty hands and she was horrified. She took my hand in hers. I was looking, she said, but I thought you had stopped. She had my hand and there were still tears in her eyes. I’m fine, I said. Jesus. I’m fine.

Another car swung by, a few feet from where I was standing. Get out of the fucking road! they yelled. By now Darlene was standing on the sidewalk. Her hand was on her mouth too. It had just drizzled, and the dew we were playing in was up and down my leg. The cars were large and fast around me.

I took my hand away. The woman, with her makeup and her silver car, waited for me to walk around her hood. I saluted as I stepped back onto the sidewalk. I don’t know why I saluted. Then she drove away, and Darlene put her arm around my back and walked with me back to the center of the green.

Never ask compassion from the desperate, that man said. He was old, and he stood crooked at a podium, and he had seen the 1960s and the 1990s too. I never tried to ask compassion from anybody, as long as they didn’t ask it from me. The tree we got under had leaves like the coat of a sick dog. The wind was gray. Darlene bit on my earlobe and I put my head in her lap, my heart unready. The cars kept passing, and you can hear them now: like whitecaps, pounding at the sand.

Dennis James Sweeney’s fiction is forthcoming in The &Now Awards: Best Innovative Writing, Hayden’s Ferry Review, and Indiana Review, among others. He is the author of What They Took Away, winner of the 2013 CutBank Chapbook Contest. He lives in Corvallis, Oregon.

Dennis James Sweeney's fiction, poetry, and essays have appeared in The &Now Awards 3: The Best Innovative Writing, Bellevue Literary Review, Crazyhorse, DIAGRAM, and Indiana Review, among others. He is author of the chapbook What They Took Away, and lives in Corvallis, Oregon.