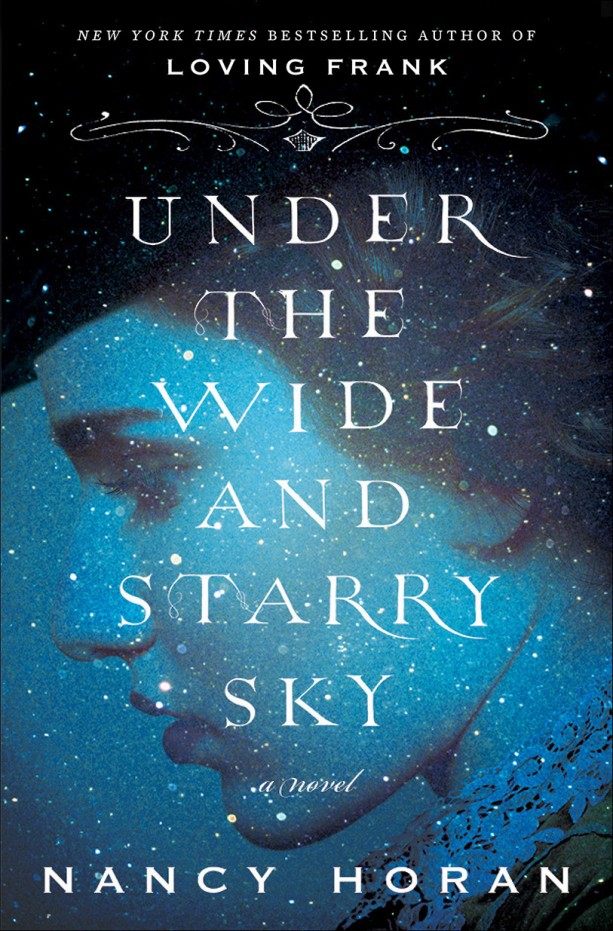 Under the Wide and Starry Sky by Nancy Horan

At the age of thirty-five, Fanny Van de Grift Osbourne has left her philandering husband in San Francisco to set sail for Belgium—with her three children and nanny in tow—to study art. It is a chance for this adventurous woman to start over, to make a better life for all of them, and to pursue her own desires.  Not long after her arrival, however, tragedy strikes, and Fanny and her children repair to a quiet artists’ colony in France where she can recuperate. Emerging from a deep sorrow, she meets a lively Scot, Robert Louis Stevenson, ten years her junior, who falls instantly in love with the earthy, independent, and opinionated “belle Americaine.”

Fanny does not immediately take to the slender young lawyer who longs to devote his life to writing—and who would eventually pen such classics as Treasure Island and The Strange Case of Dr. Jekyll and Mr. Hyde. In time, though, she succumbs to Stevenson’s charms, and the two begin a fierce love affair—marked by intense joy and harrowing darkness—that spans the decades and the globe. The shared life of these two strong-willed individuals unfolds into an adventure as impassioned and unpredictable as any of Stevenson’s own unforgettable tales.

“Fascinating . . . a novel that shows how love and marriage can simultaneously offer inspiration and encumbrance.”—The New York Times Book Review

“A dazzling love story that unspools across years and continents. Horan deftly brings to life a woman shamefully overlooked by history, and celebrates her contributions to the man whom history remembered.”—BookPage

Nancy Horan is best known for her 2007 novel Loving Frank, which chronicles a little-known chapter in the life of legendary American architect Frank Lloyd Wright, and his client, Mamah Borthwick Cheney. Loving Frank remained on the New York Times Bestseller list for over a year. It has been translated into sixteen languages, and won the 2009 James Fenimore Cooper Prize for Best Historical Fiction, awarded by the Society of American Historians.

A native Midwesterner, Nancy Horan was a teacher and journalist before turning to fiction writing. She lived for 25 years in Oak Park, Illinois, a suburb of Chicago, where she raised her two sons. She now lives with her husband on an island in Puget Sound.