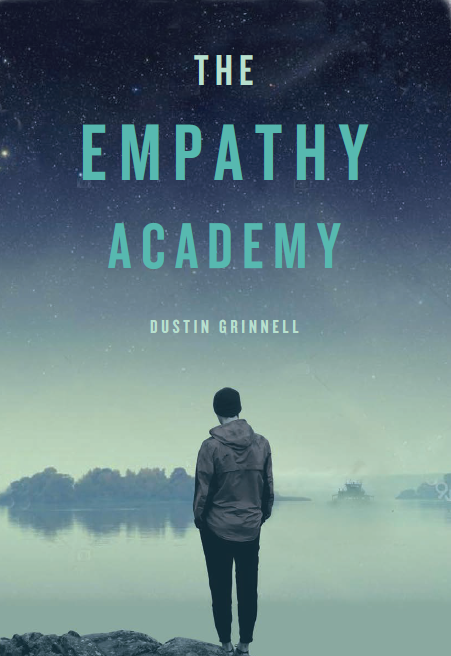 In 2032, biotech entrepreneur Sonja Woodward has created a genetic test that can identify a predisposition in teenagers for unethical behavior before they reach adulthood. Those who test positive are sent to Woodward Academy on Nantucket Island. Montgomery Hughes, a high school senior, is among the first students sent to the school.

But Monty is there under false pretenses. He switched his test result with another student’s and is using an alias to hide his identity. Haunted by his disgraced father’s scandal, Monty is convinced he’s a bad seed. At Woodward, Monty discovers a dark side to Sonja’s ethics-intervention school. Students who don’t respond are treated in a secret lab with a technology that alters genes associated with empathy: the equivalent of a high-tech lobotomy. When Monty’s identity is revealed, Sonja’s gene-editing “cure” offers her the perfect opportunity for punishment—and Monty is scheduled for treatment.

The Empathy Academy by Dustin Grinnell is a high-concept philosophical novel that explores the science and perils of using genetic technology to predict and enhance complex human behavior.

What People Are Saying about The Empathy Academy

“The Empathy Academy is a thought-provoking thriller that balances action and contemplation. It prompts readers to ponder larger questions even beyond nature versus nurture: What does it mean to be a good person? How should we deal with the faults in ourselves and others? Should we stop loving people if they do bad things? Dustin widens the lens on these topics by including references to related books and psychological experiments. This story’s action-packed plot will keep readers guessing, and the energy it infuses into the deep questions at its core will keep them thinking.” — BOOKLIFE

“While sci-fi readers interested in thriller atmospheres will be the most likely audience for The Empathy Academy, it’s also highly recommended as a discussion piece for philosophy students interested in moral and ethical dilemmas. Placing it on the reading lists of such an audience will assure that its message, couched in strong adventure descriptions and ethical probes, will translate to thought-provoking debates and classroom discussions as students absorb a more contemplative message than the usual sci-fi read offers.” — D. DONOVAN, SENIOR REVIEWER, MIDWEST BOOK REVIEW

“The Empathy Academy by Dustin Grinnell is filled with thought-provoking ideas. In the continual search for right and wrong, this book reveals the difficult grey areas that are the hardest to avoid. With relatable characters and a writing style that makes it easy to dive straight in, this book is a must-read. This story is definitely suited for younger readers who find themselves questioning life in general as well as their own path to follow. The more experienced readers who have an interest in science and philosophy will also find this book intriguing. There are quite a few solid ideas regarding sorting our feelings and emotions that I would try myself. I also found the entire storyline quite relevant to our current global situation regarding medicine intended to help us, which really harms us more.”
— RONÉL STEYN FOR READERS' FAVORITE

Discussion Questions for The Empathy Academy

Dustin Grinnell is a writer based in Boston. His creative nonfiction and fiction combines medicine and the humanities and has appeared in Intima: A Journal of Narrative Medicine, Perspectives in Biology & Medicine, New Scientist, Hektoen International, Ars Medica, The Awakenings Review, Blood and Thunder: Musings on the Art of Medicine, and Tendon: A Medical Humanities Creative Journal. His two novels, The Genius Dilemma and Without Limits, were self-published in 2013 and 2015. His sci-fi thriller, The Empathy Academy, is forthcoming with Atmosphere Press. He has MFA in fiction from Lasell University, and an MS in physiology from Penn State. He’s a full-time copywriter for Bose Corporation. 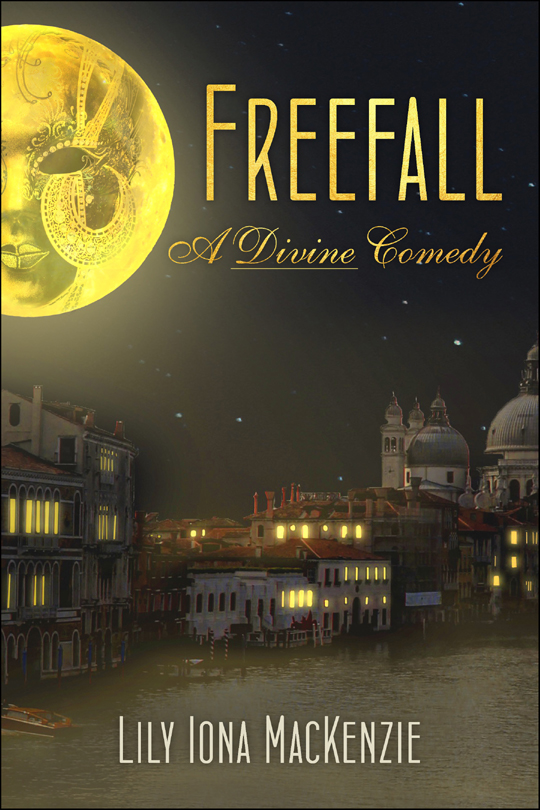 During a four-day reunion in Whistler, B.C., Tillie Bloom, a wacky installation artist, reconnects with three women she had hung out with in the late ’50s and early ’60s. While in Whistler, secrets surface and a near death experience occurs during a hike, both of which bind the women at a deeper level. Their new intimacy prompts them to celebrate the millennium as well as their approaching sixtieth birthdays in Italy. So a few weeks later, Tillie travels to Venice to have an extended reunion with her friends. While the women assume they’re in Venice to vacation and deepen their relationships, Tillie has a hidden agenda: she intends to crash the Venice Biennale, hoping to find a larger audience for her art. Cupid’s arrows complicate her goals when she and an Italian priest fall for each other. The reflective quality of Venice’s canals also create unexpected changes in the women, causing them to turn inward. They all end up with a fresh take on themselves and their lives. Tillie, in particular, experiences a deeper understanding of herself. But will it take her on a path she’s ready to travel, and will Venice finally give her the recognition she seeks as an artist?

What People Are Saying about Freefall: A Divine Comedy

Can the story of four women turning sixty be called a coming-of-age novel? Because that’s what Freefall is. Part pain, part humor, part magical, and part philosophical, this is an enchanting story about old friends reuniting to try to find themselves as they struggle with thoughts on aging, religion, motherhood, men, art, and death. A delightful trip in every respect, with plenty of surprises and laughs along the way. A Divine Comedy, indeed! Yes! —Mark Willen, author of the novels Hawke’s Point and Hawke’s Return

What I love most about "Freefall: A Divine Comedy" is that the main character Tillie refuses to be limited by anything as artificial as age, or really by anything at all. We follow Tillie and her 3 remarkable friends as they travel to Venice, meet a pigeon who's the reincarnation of Tillie's former lover, and reveal long hidden secrets. Along the way, masks of all kinds are discarded and death becomes another passage rather than some dreadful end. This intriguing novel will entertain you, but more importantly shake your assumptions about aging to their very core. Highly recommended! —F. S. Brown, InD’tale Magazine

When Curva Peligrosa arrives in Weed, Alberta, after a twenty-year trek on the Old North Trail from southern Mexico, she stops its residents in their tracks. With a parrot on each shoulder, a glittering gold tooth, and a wicked trigger finger, she is unlike anything they have ever seen before. Curva is ready to settle down, but are the inhabitants of Weed ready for her? Possessed of an insatiable appetite for life and love, Curva’s infectious energy galvanizes the townspeople, turning their staid world upside down with her exotic elixirs and unbridled ways. Toss in an unscrupulous americano developer and a one-eyed Blackfoot chief, stir them all together in a tornado’s tempestuous tumult, and the town of Weed will never be the same again. A lyrical account of one woman’s journey and the unexpected effects it has on the people around her, Curva Peligrosa pulses with the magic at the heart and soul of life. READ MORE

A Canadian by birth, a high school dropout, and a mother at 17, in my early years, I supported myself as a stock girl in the Hudson’s Bay Company, as a long-distance operator for the former Alberta Government Telephones, and as a secretary (Bechtel Corp sponsored me into the States). I also was a cocktail waitress at the Fairmont Hotel in San Francisco, briefly broke into the male-dominated world of the docks as a longshoreman (I was the first woman to work on the SF docks and almost got my legs broken), founded and managed a homeless shelter in Marin County, co-created The Story Shoppe, a weekly radio program for children that aired on KTIM in Marin County, CA, and eventually earned two Master’s degrees (one in creative writing and one in the humanities). I have published reviews, interviews, short fiction, poetry, travel pieces, essays, and memoir in over 155 American and Canadian venues. My novel Fling! was published in 2015. Curva Peligrosa came out in 2017. Freefall: A Divine Comedy was released in January 2019. My poetry collection All This was published in 2011. I currently teach creative writing at the University of San Francisco's Fromm Institute for Lifelong Learning. I also blog at http://lilyionamackenzie.com. 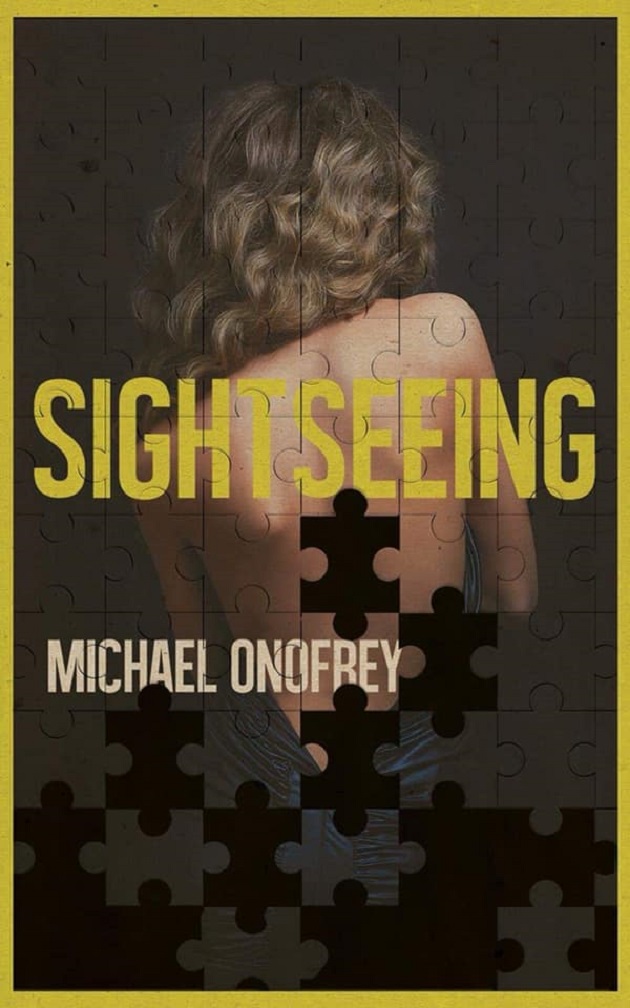 Sightseeing is a tale of lust and art set in Paris, France. Intrigue haunts the prose where hilarity and evil arise in a twist of collaboration. Minus any personal background, a woman and a man explore one another while regarding masterpieces of fine art and the historic sites of Paris.

What People Are Saying about Sightseeing

Sightseeing, stealthily and meticulously explores Paris and art in a tale that delves into questions of personal choice and identity with a knowing immediacy that has us questioning our own perceptions and views of art and storytelling.

Ed Meek, author of Luck, What We Love and Spy Pond

A mystery woman lures a willing stranger into a fantasy world where time is fluid, and art informs life. With its noir intrigue reminiscent of French new age cinema and its masterful prose, this remarkable novella will keep you guessing.

Onofrey's prose has a mannered veneer that is made strange, made fascinating by how exacting and mysterious it is. Fans of Kazuo Ishiguro, or Dead Ringers-era David Cronenberg, here's a book for you.

This is an anthology of stories from a variety of writers that reflect a wide range of voices and themes, where fantasy and reality mix in settings that embrace current situations. READ MORE

As William Burroughs put it: "One of the great books of the twentieth century." The language of this novel is magical. T.S. Eliot's introduction is well worth reading because the style and voice of the story are so dazzling that the book's plot might very well slip by the reader. READ MORE

Michael Onofrey grew up in Los Angeles. Currently he lives in Japan. Over ninety of his short stories have appeared in journals and magazines. Seven stories have been anthologized. A novel, "Bewilderment," was published by Tailwinds Press in 2017.