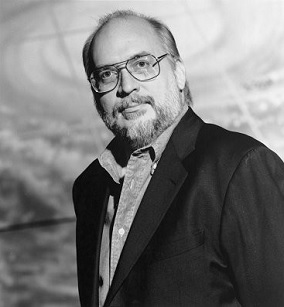 “Understanding is a three-edged sword. Your side, my side, and the truth.” Joseph Michael Straczynski, born July 17th, 1954, is known for screenwriting—most notably the scripts for Thor (2011) and World War Z (2013). On top of turning comic books and novels into screenplays, Straczynski is also a journalist, and has authored several collections of short stories, as well as his own comic books.

J. Michael Straczynsk (as he is known professionally) is the author of six books. He was also a writer for the television series “Babylon 5,” and a screenwriter. His works include:

The Complete Book of Script Writing (1996)

Tales for the New Twilight Zone (collections of short stories, 1989)

Straczynski has contributed articles to The New York Times, The Los Angeles Times and many other media outlets. He was a guest lecturer at MIT and UCLA on the topic of modern science fiction.

During his career, J. Michael Straczynsk has won many awards including:

Most recently, Straczynski began working on The Amazing Spider-Man comic series, and upon joining the writing team, sales for the comic book tripled in less than a year.  As of 2006, Straczynski was also contributing writing to several Marvel comic series including The Fantastic Four and Squadron Supreme, as well as several DC Comic series including Superman and Wonder Woman.  Straczynski is currently working on a Superman graphic novel series with several other authors.