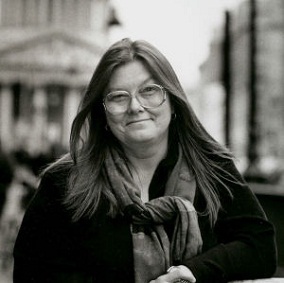 Two or three things we know for sure, and one of them is today is Dorothy Allison’s birthday.

Born in Greenville, South Carolina on April 11, 1949, Dorothy Allison is an accomplished writer and speaker who is not shy when it comes to talking and writing about the hard things. Whether she’s speaking frankly about sexual orientation and violence, or unabashedly writing about her experiences as a woman raised in a lower-class family, Allison doesn’t avoid cutting deep into subjects and stories some writers don’t know how to address.

“I need you to do more than survive. As writers, as revolutionaries, tell the truth, your truth in your own way. Do not buy into their system of censorship, imagining that if you drop this character or hide that emotion, you can slide through their blockades. Do not eat your heart out in the hope of pleasing them.” – Dorothy Allison

Allison is best known for the novel Bastard Out of Carolina and her memoir Two or Three Things I Know for Sure. Both books tackle the ways in which in sexism and racism are violent tools used to oppress people. Whether she’s writing fiction or nonfiction, Allison brings all of herself–her experiences and opinions–to the page in order to not just bring awareness to the important issues on which she writes, but to fuel passions that will strike important dialogue around challenging systems of oppression.

“Two or three things I know for sure, and one is that I’d rather go naked than wear the coat the world has made for me.”  — Dorothy Allison

“Behind the story I tell is the one I don’t. Behind the story you hear is the one I wish I could make you hear. Behind my carefully buttoned collar is my nakedness, the struggle to find clean clothes, food, meaning, and money. Behind sex is rage, behind anger is love, behind this moment is silence, years of silence.”
― Dorothy Allison, Two or Three Things I Know for Sure