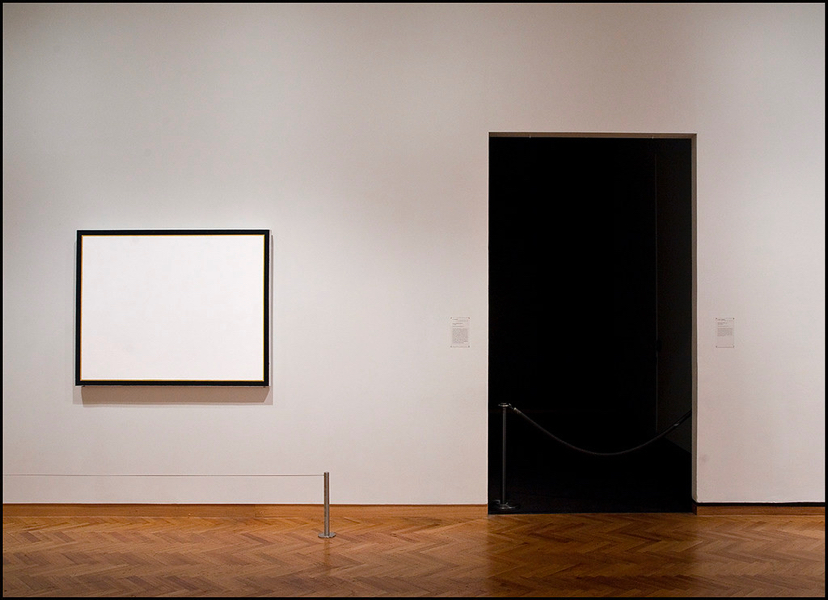 Art today is governed by aesthetic anarchy regulated and overseen by a Babel of critics whose observations are, as Barnett Newman pointed out, “as useful to an artist as ornithology is to a bird.”

The revolution began years ago when academic technique, fidelity to nature, and “beauty” were abandoned in favor of subjective, even solipsist, vision. The viewer now relies on critics to reveal what in the world he or she is looking at and what it’s worth. Responding, arbiters of taste—many, sales liaisons to curators and investors—have developed a dogma expressed in arcane jargon that has become so self-enamored that it refers more to itself than the art. Still, this rhetoric gives an air of science and unimpeachable method to matters of taste.

Today’s artist must identify the personal aesthetic which defines his or her work. Among the many 20th century options, from classic to avant-garde, the artist searches for a common thread. S/he finds it in the New. So, unless s/he wishes to be dismissed as “unimportant” or, worst still, “derivative,” the artist tries produce work that is unprecedented despite thousands of years of experimentation by geniuses.

Practically and philosophically, this imperative presents problems. To the extent that innovation challenges established taste, it is often initially condemned as heresy and its authors as impostors. Van Gogh, Kandinsky, Mondrian, Pollack and de Kooning were less than the toast of the town when fathering Expressionism, Constructivism, and Abstract Expressionism. But then along came Johns, Warhol, Schnabel, Koons et al who enjoyed christenings at Studio 54 for Neo-Dada, Post Painterly Abstraction, Pop, and the Transavantgarde.

The first group changed art at the core, creating the New. The second played with the surface of shiny objects, creating Novelty.

The roots of modernism are found in Africa and other aboriginal lands. All elements of perception are united in the work of primitives: the object itself, the subject’s emotion, psychology, and metaphysics. The work is the result of a spell cast on the artist by nature that is at once impressionist, expressionist, surrealist, and abstract.

The doctrines of the first modern art movements—whether composed by poets and intellectuals (Apollinaire, Mallarme, Breton, etc.); critics (Clement Greenberg, Harold Rosenberg); or the artists themselves (Kandinsky, Klee, Motherwell, etc.)—created a new aesthetic in the context of art history which made its work seem more like methodical experiment than autism. The doctrines functioned, simultaneously, as tools of education and tools of propaganda.

Much of today’s criticism, however, is breathtaking in its flatulence. The issues of “frontality,” “flatness,” “edge,” “scale,” “plasticity,” “painterliness,” “compression of motif,” “metaphysical multivalence of parts,” and “optical fibrillation” are debated. An artist’s “voice,” “iconography,” “diction of line,” “dialectic of color,” “the rhetoric of his brushstrokes,” and his “Zeitgeist” are examined. If Kiefer or Baselitz come up, Salle or Fischl, or any other the postmodern pantheon member, their “pictorial space” is ridiculously compared to Poussin, Caravaggio, Ingres, Delacroix, Vermeer, Velazquez, or Piero della Francesca.

This kind of analysis has a way of distorting the subject by both over-complicating and over-simplifying it. So, today’s most serious artists take especial care not to be seduced by the fashion critics of the Emperor’s New Clothes. Art is above all, both in the creation and the observation, a living experience which loses meaning and impact to the extent that one tries to explain it, much less throw vocabulary at its mysteries in hopes of revelation.

As one of the founders of modern art, Cezanne, once said: “Never the brain’s logic: but the logic of the eyes.“ That’s where the material of our art is: in what our eyes think. “Good painters don’t know what they think until they paint it,” agreed Robert Motherwell, though otherwise prone to philosophizing himself.

In the final analysis, as Dutch expressionist, Asger Jorn, once observed: “There is no such thing as different styles, and never was. Style is the expression of a bourgeois content, and its various nuances are what we call taste.”