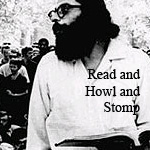 NYC | June 24, 2012: 10 Years in NYC! In June 2002, Sunday Salon kicked off its first reading in a bar on the Upper West Side. Ten years and two bars later, the series has welcomed over 370 marvelous writers and many talented musical guests. We’ll celebrate the series’ first decade of literary love this month with four more superb writers and original music from Michael Dickes. Come toast with us! At Jimmys 43. 7pm.

Gina Apostol’s first two novels, Bibliolepsy (University of the Philippines Press) and The Revolution According to Raymundo Mata (Anvil Publishing), each won the Philippine National Book Award for Fiction (1997 and 2010). A collection of stories, Cunanan’s Wake and Other Stories, was runner up for the Prairie Schooner Fiction Prize in 2006. Excerpts from her novel in progress, The Unintended, appear in The Massachusetts Review, Winter 2011, and will be published in the anthology Manila Noir (Akashic Press), edited by Jessica Hagedorn. Her stories have appeared in The Gettysburg Review, among other journals, and in the anthologies Charlie Chan is Dead, Volume 2 (NY: Penguin); The Thirdest World (NY: Factory School); Flippin’: Filipino Writers on America (NY: Asian American Writers Workshop); Juncture: 25 Excellent Stories and 12 Very Good Drawings (NY: Soft Skull Press); Babaylan: Filipina and Filipina American Fiction (San Francisco: Aunt Lute Press), and Balikbayan: Contemporanei storie filipini (Ossigene: Milan). Her third novel, Gun Dealers’ Daughter, also published by Anvil Manila, debuts in America from W.W. Norton in June 2012.

Daniel Torday’s fiction and nonfiction have appeared in Esquire Magazine, Glimmer Train, Harper Perennial’s Fifty-Two Stories, Harvard Review and The Kenyon Review. His novella The Sensualist was published this spring. He currently serves as director of Creative Writing at Bryn Mawr College.

Amye Archer has an MFA in Creative Writing from Wilkes University. Her work has appeared in [PANK], Twins Magazine, Provincetown Arts, The Ampersand Review, H_ngm_n, Boston Literary Magazine, and Hippocampus. Her first chapbook, No One Ever Looks Up was published by Pudding House Press in 2007. Her latest chapbook, A Shotgun Life, was published by Big Table Publishing in 2011. She is a freelance writer and an adjunct at 9,000 different schools. She is also the Reviews Editor for [PANK]. You can read her blog at www.amyearcher.com.

Rae Bryant’s short story collection, The Indefinite State of Imaginary Morals, released from Patasola Press (NY) in June 2011 and has been nominated for the 2012 Pen Hemingway and Pushcart awards. Her stories have appeared in StoryQuarterly, McSweeney’s Internet Tendency, BLIP Magazine (formerly Mississippi Review), Gargoyle Magazine, and Opium Magazine, among others. Her critical essays and reviews have appeared in Puerto del Sol, The Nervous Breakdown, Portland Book Review and Beatrice.com. Rae has received Fellowships from the VCCA and The Johns Hopkins University, where she earned a Masters in Writing, and where she now teaches multimedia and creative writing and is the editor in chief of the new literary and arts journal, The Doctor T. J. Eckleburg Review.

Michael Dickes is a writer of fiction and songs from the back roads of Lake Chelan, WA now living in New York City. His stories have been or are soon to be featured in Southpaw Journal, Tree Killer Ink, Kerouac’s Dog Magazine, Thunderclap Press, Apocrypha & Abstractions, Connotations Press, THIS Literary Magazine, Blue Fifth Review, Fictionaut Editor’s Eye, Pure Slush, Flash Flood Journal, Duality–The Book, Do Hookers Kiss Magazine, The Istanbul Literary Review, Metazen, and others. His numerous CDs include Trouble, Dig, Loose Ends, Moveable Child, and Thirty-Five, and his work is featured on the “Henry Poole Is Here” soundtrack starring Luke Wilson and George Lopez. Michael has traveled the world as a musician and he has a dedicated following based on his ability to tell stories through his music. More information about Michael’s fiction and music can be found at www.michaeldickes.weebly.com.