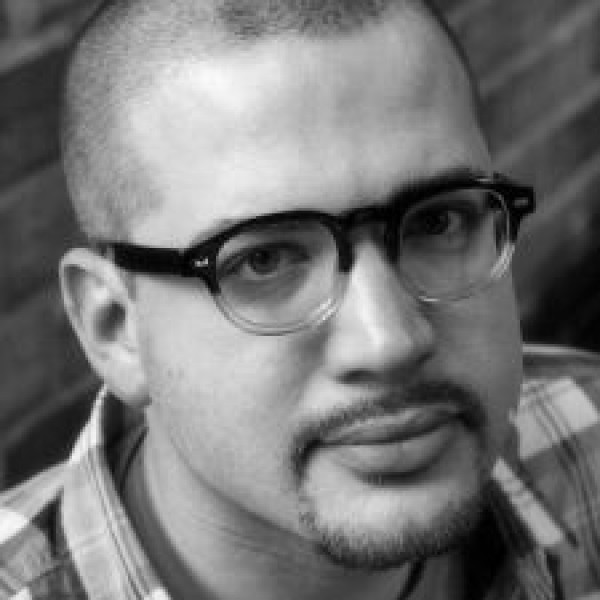 that boy i mentioned who sizzled his brain by way of a joint stuffed with formaldehyde-laced weed? the one who spent some time in the hospital recovering and then re-entered the world all blissified, the walking and peaceful undead?

he lived next door to this kid alex, a friend of mine who went to the other middle school in town. alex was this basketball phenom i’d hooked up with at some shindig at the y, and the way he told it, before the boy became damaged, he ran with a mostly boring crew of goth-looking boys who dyed their hair black as mississippi river mud and wore heavy eye makeup. they dressed in preppy clothes like cardigan sweaters and boat shoes but mixed things up by championing the kind of pop music that everyone over the age of twelve was supposed to hate. they also dug weed as much as any stoner to ever step fried-eyed and thirsty into a taco bell.

the boy had parents who weren’t ever home, and the crew of four or five moody guys in skinny jeans would gather at his place to listen to their upbeat tunes and get high while alex was outside in the alley doing lay-up drills. eventually, when they were good and stoned, the bad haircuts would ask alex if they could ball with him. alex is a good guy. he isn’t one to judge. plus, he said, one of the goth kids was a natural shooter, and the rest were hilarious to watch play: they didn’t know how to hold their hands to catch a pass and the ball would thud against their outstretched arms, their chests; once they’d retrieved it, they would run around without dribbling and leap into the air every couple of steps like they were dancing.

i don’t know much else about what the boy’s life used to be like, to tell the truth, pre-formaldehyde-laced marijuana. i suppose it might have been interchangeable with the lives being lived by the goth kids at my school, but maybe not. that crew, after all, could not have cared less about the music being played by the disc jockeys of west central illinois.

the important thing was that he somehow came across that bad weed.

he was sans-crew that night, because it was just him in that hospital, twitching through terrible dreams in his sleep, and then waking up afraid, unsure of where he was, time after time after time.

maybe it was a couple hours after his friends had left his house. they’d played some basketball with alex out in the alley, and the t-shirt beneath his cardigan was still damp with sweat in the armpits and at the small of his back. there was no word from his parents, who should have been home by now, and so it was just him, clicking around on the internet, picking up the remote to the tv but not even bothering to turn it on.

he hadn’t ever bought drugs himself — he hadn’t even tried to buy cigarettes at the gas station — but he knew where to go to do this kind of thing, and he went there. he figured he’d buy a joint already rolled so it was ready to go, and there was nothing shady about the transaction at all. if he’d had the brain capacity later to guess, he would have said that the guy who sold him the weed probably didn’t know that it was laced in the exact way that it was. if he had known, he would have charged him extra for the amp, no doubt.

the boy had wandered home with the joint still cupped in his palm still jammed in his tight pants pocket. maybe he was hoping that his parents would just be there already, that they’d ask him insincere and slightly accusatory questions about how school was that day, about what he’d been up to. maybe he was thinking, when he found the house still empty, about how much he would like to buy a dog. he’d found himself lately looking longingly at his neighbors’ yappy mutts, wondering what their fur smelled like, and how wet their tongues were when they came in to lick your nose.

it was strange, i bet, lighting up a j without any music playing, without anybody else around.

i hope he sat on some kind of back deck in the dark, looking at his neighbors’ windows all curtained and glowing, listening to alex still dribbling in the alley. i hope he was seeing and hearing these things, though, in a way that was both familiar and completely foreign, and that the strangeness of it all, in the minutes that led up to his smoking, while he was just sitting there taking everything in, was like its own kind of drug — intoxicating, nearly overwhelming.

i don’t know how his parents found him, or how exactly things progressed from the moment he put fire to the rolling paper and inhaled the poisoned smoke deep into his soft and still mostly pink lungs, but from what i’ve read, he probably had about five minutes of inhabiting stoned the same planet most of us are living on. he would have seen the same amber windows he was looking at seconds earlier. he would have heard the same basketball thumping the asphalt in the alley. he would have reached with his thin fingers toward those same fireflies, the season’s last, blinking intermittently across his backyard like dots on a map, glowing.

and then he would have arrived at a point at which his brain seemed to just float off toward some faraway atmosphere, leaving him there on the deck staring out at the world through chiming unfocused eyes until his parents came home and checked his pulse, set their ears to his lips to feel for breath.

some kids say ‘formaldehyde-laced’ doesn’t mean the stick has been dipped in embalming fluid; they say formaldehyde is slang for pcp, which is what the weed is really laced with. other kids say that people have been calling pcp formaldehyde for so long that younger dealers have been stealing actual embalming fluid from funeral homes and treating weed with it, causing what was once only figurative language (pcp=formaldehyde-like) to become literal.

what matters, the point that everyone seems to be missing, is that this boy went from being one thing — a fourteen-year-old who liked math and music and couldn’t make a free-throw to save his life — to being an entirely different thing, one that had to relearn mom and dad, one that didn’t even recognize those old friends of his when they came by to see how he was doing.

i heard from alex, who had it on pretty decent authority from his parents — via the boy’s actual parents, the two who had found him and called the ambulance when they did not feel much air escaping his lips, when they noticed that the skin around his mouth was slightly blue — that the boy became interested after his ‘accident’ in mostly one thing: watching the fish at wal-mart swim around inside their grimy tanks.

when the boy sneaks away from his house at night, when his parents get a call from school saying that he hasn’t shown up yet today…that’s where he is.

at freaking wally-world. looking at fish.

alex told me this on the phone like it was mostly just weird, but as soon as he said it, i imagined about five of the saddest looking goldfish in the world: working their mouths at the surface of some polluted tank, gasping for clean air.

some nights, when my parents aren’t yet home, when i don’t have a friend alive answering the texts i’m sending out, i ride my bike up to the wal-mart and find the boy staring at the wall of fish tanks.

he doesn’t look the way i thought he would, not exactly. i’d imagined him with bad skin and a faint mustache over his lip, but his face is pale and flawless; no mustache — ironic or not — has yet begun to grow over his lip. it’s been long enough now that his dyed-black hair has returned to its natural color, which resembles raw almonds.

he paces along the wall with his hand hovering just in front of the tanks’ brackish waters, stopping every now and then to say hi to some betta, to run his fingers across the glass in the face of a neon tetra. if you didn’t know better, you would think for sure he was just some fish-loving and slightly overgrown elementary-school kid whose parents maybe wouldn’t let him have any pets. you’d never know how slowly his synapses are firing.

there are people around who say that what happened to him is sad. these same people say things like he’ll never be the same and he had real potential. it’s like they think he might as well be dead.

i’m not so sure though. maybe never being the same isn’t so bad. i mean, it’s hard for me to imagine the boy suffering anything worse than mild confusion. he looks so peaceful. so, i don’t know, comfortable.

sometimes, though, i think maybe i’m missing the point, too, just like everyone else. i mean, how many times have i wanted to wake up inside a different head, a different life? watching the boy, i’m not so sure which would be preferable: walking around in a world where you remember no pain and are filled with only wonder or living life like the rest of us, by enduring mostly suffering punctuated by moments of ease, of clarity.

i have to admit: most of the time, i would like to be able to take solace in a bunch of dirty fish tanks at wal-mart. i would like to trade places with that wide-eyed boy with pretty pale skin and light brown hair. and if it was going to happen, i would want that switch — the one that takes you from being one thing to being another — to sneak up on me, just like it did to him. i would want to breathe in what i thought was just regular old smoke and then not know what hit me.

Chad Simpson lives in Monmouth, Illinois, and teaches fiction writing and literature classes at Knox College. Recent work has appeared or is forthcoming in The Collagist, Freight Stories, Wigleaf, matchbook, and Orion Magazine. Phantoms, a chapbook, was published in April by Origami Zoo Press.

Chad Simpson lives in Monmouth, Illinois, and teaches fiction writing and literature classes at Knox College. Recent work has appeared or is forthcoming in The Collagist, Freight Stories, Wigleaf, matchbook, and Orion Magazine. Phantoms, a chapbook, was published in April by Origami Zoo Press.