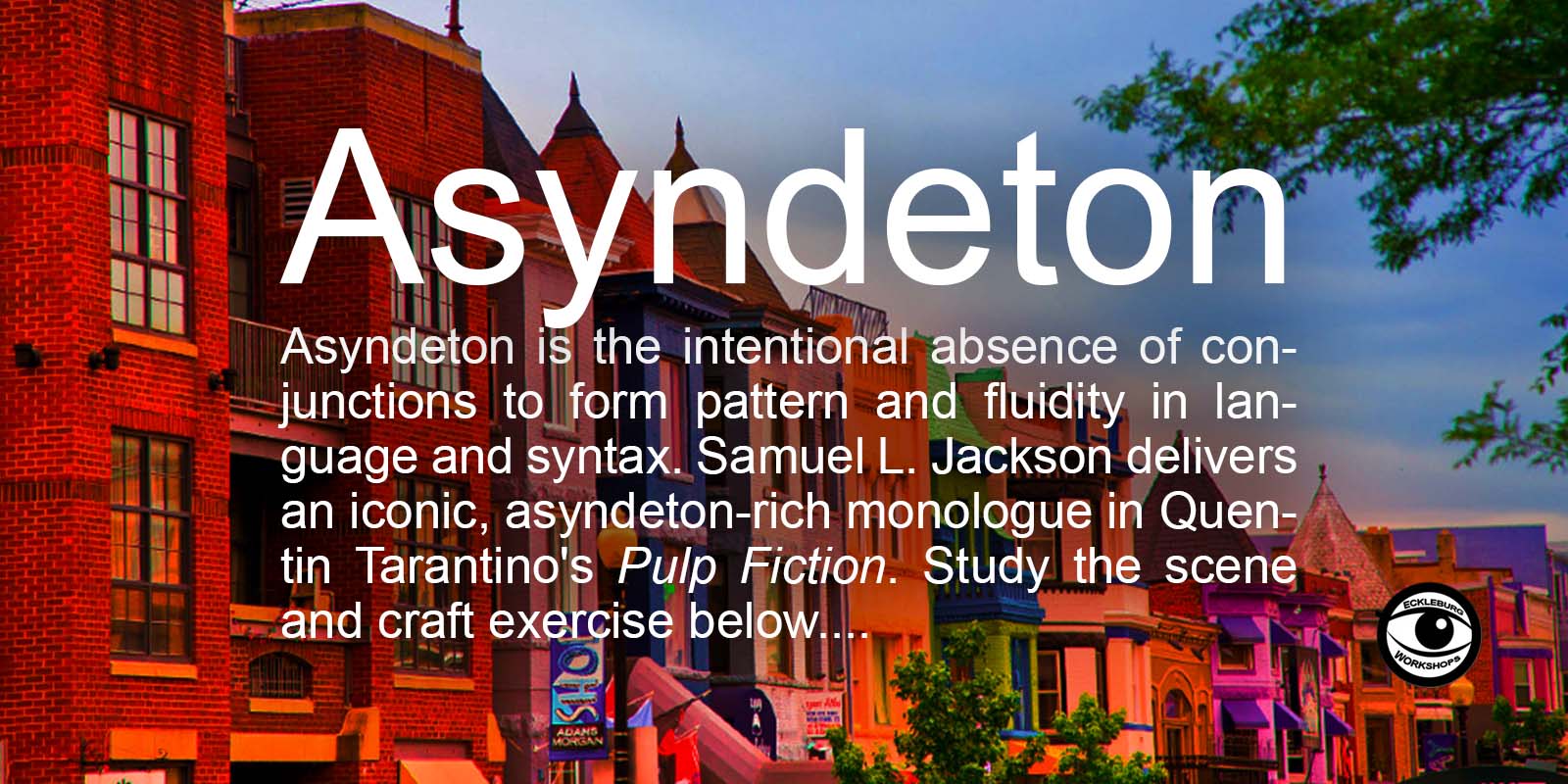 In the above scene from Pulp Fiction, look for conjunctions in Samuel L. Jackson’s iconic delivery. Did you find any? This intentional repression or omission of conjunctions is a literary device or rhetorical device called asyndeton:

“Asyndeton is the omission of conjunctions. Asyndeton is often used by literary prose writers to form pattern and fluidity in language and syntax.” (A Handbook to Literature)

Samuel L. Jackson perfected the cinematic asyndeton, but he wasn’t the first character to do it.  Asyndeton is a common syntactical choice by classic writers such as James Joyce. In A Portrait of the Artist as a Young Man, the narrator ponders consciousness and place:

“Consciousness of place came ebbing back to him slowly over a vast tract of time unlit, unfelt, unloved….”

In the above excerpt from Portrait of the Artist and the above clip from Pulp Fiction, how does asyndeton add to tone and character within the moment?

Aristotle felt that asyndeton was appropriately used in spoken forms: “Thus strings of unconnected words, and constant repetitions of words and phrases, are very properly condemned in written speeches: but not in spoken speeches — speakers use [asyndeton] freely, for they have a dramatic effect. In this repetition there must be variety of tone, paving the way, as it were, to dramatic effect; e.g.:

“This is the villain among you who deceived you, who cheated you, who meant to betray you completely'” (Rhetoric, Book III, Chapter 12 (trans. W. Rhys Roberts).

Choose a section of work you are currently writing in which one or more characters are emotional, excited, angry or elated. Study the sentence patterns with asyndeton in mind, omitting conjunctions and creating a more Stacatto effect to heighten the energy of the language. 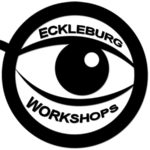 This may be a shorter creative writing work–short story, flash fiction, prose poetry, excerpt–or it could be a longer work–collection, novel or memoir. We look forward to reading your words. Submit now.

Each One on One Creative Writing Workshop will focus individually on you and your work. Developmental edits, line edits and end notes will focus on your authentic voice and intentions. We will return your manuscript with developmental edits and line edits as well as a final narrative comment on overall strengths, needs and impressions within an agreed upon time frame, usually two weeks to a month, depending upon the length of the work. After you have a few days to review the editorial suggestions and comments, we will schedule a short phone chat to discuss. Submit now.

« Back to Reference Index