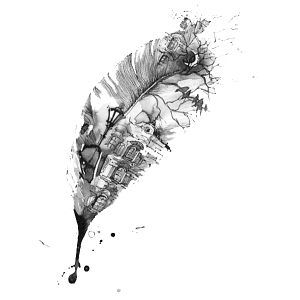 A character is an imaginary personage who acts, appears, or is referred to in a literary work. Major or main characters are those that receive most attention, [such as the protagonist and the antagonist], minor characters least. Flat characters are relatively simple, have a few dominant traits, and tend to be predictable. Conversely, round characters are complex and multifaceted and act in a way that readers might not expect but accept as possible. Static characters do not change; dynamic characters do. Stock characters represent familiar types that recur frequently in literary works, especially of a particular genre (e.g., the “mad scientist” of horror fiction and film or the fool in Renaissance, especially Shakespearean, drama). (Norton)

Human character is in the foreground of all fiction, however, the humanity might be disguised. Attributing human characteristics to the natural world may be frowned on in science, but it is a literary necessity…. Your fiction can be only as successful as the characters who move it and move within it. Whether they are drawn from life or are pure fantasy—all fictional characters lie somewhere between the two—we must find them interesting, we must find them believable, and we must care about what happens to them. (Writing Fiction)

Now, imagine you and a stranger are stranded—island, forest, Everest…. You don’t know when or if you will be rescued. There is a moment, a key moment, when the stranger needs you to do something selfless that might cost you your life. What is this thing you do? What made you do this?

Make a list of your three worst characteristics. The pieces of yourself that you deny and wish weren’t part of you.

Next, imagine the stranger needed you to help and you didn’t. You saved yourself, not because you are a “bad” person in the “real” world, but you are in “survival” mode. What is this thing you did? Why did you do it?

Finally, take the “best” scenario and the “worst” scenario characters and amalgamate them. Write a new scenario in which the main character experiences both the best and the worst of her or himself.