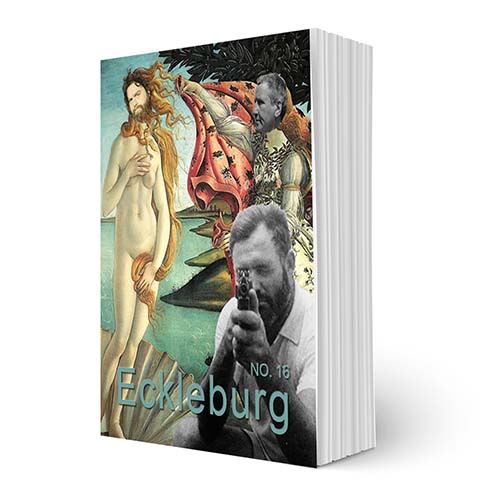 Eckleburg thanks our talented contributors whose work we are honored to publish in Eckleburg No. 16.

COVER
The Birth of Zach

POETRY
After Being Asked to Write a Villanelle by David Wagoner
Of Brains Or Bowels Or Lungs, Leopards, Finches by Nathan Blake
Two Poems by Moira Egan

NONFICTION
The Women Who Watch by trans. Edward Gauvin