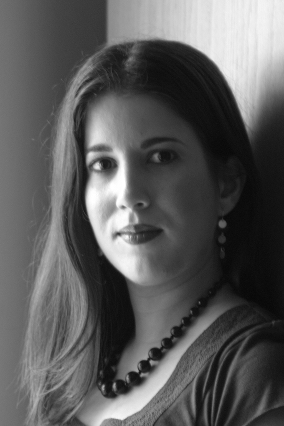 Captivated by stories of abusive relationships,
of mysterious deaths and missing persons,
I watched late night programs like Wicked Attraction,
The New Detectives, and Deadly Women.
Fascinated by blood splatter theory, gunpowder residue,
fingerprint bruises on abandoned female corpses,
I hoped to crack the code behind Bertha’s unabashed cackle,
wondered if I could cope with Eddie’s cockamamie
plan to keep her caged like a gerbil. One evening I caught
a recap on Laci’s fate: The bay slowly erasing her features
as her husband nonchalantly purchased and watched
snuff films, streamed an endless parade of women
on his high def screen, their faces eventually blurring
like his wife’s. He could barely remember what the wifey
looked like—though her photo was plastered everywhere,
so pretty and preggers in that little black cocktail dress.
Finally, the decomposed body surfaced,
limbs drifting like disembodied mannequin parts.
After the baby washed ashore, those at the morgue admired
its perfectly formed fingernails, its golden eyelashes,
which flooded my thoughts, then my dreams, for months.
Always the same image: Conner’s eyelashes dissolving
into a warm, golden light enveloping Laci,
who eternally sleeps on a bed of sand, seashells
nestled and glowing in her hair.

*Laci Denise Peterson (1975–2002) was an American woman who went missing while seven and a half months pregnant with her first child. Her husband, Scott Peterson, was later convicted of murder in the first degree for Laci and in the second degree for their prenatal son, Conner. Rita Maria Martinez’s chapbook, Jane-in-the-Box, takes a character from classic English literature, Jane Eyre, and revamps her with tattoos, fishnets, and modern feminism. Martinez has been a featured author at the Miami Book Fair International and at the Palabra Pura reading series at the Guild Literary Complex in Chicago.