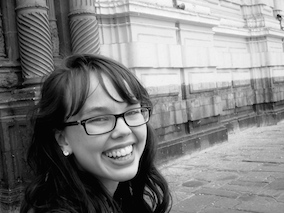 i think that at the beginning of consciousness,
of human consciousness,
our understanding of the visual was the same,
of its representation the same, and had
the same parts, but the parts
had different meanings.

or, the perceiver is lost, something
lost in us that once knew what an image
was made to mean when first
it was made.

assumption in presumed simplicity
among the glittering rocks or rocks
that could be said to glitter, if there were light
to make that refraction
where there is no light, where light
has and has always had to be made.

there we identify representation–

the unanswerable, the story-making question
seems to be the why, why then, there
and what, if anything, came before.

look in the humbling walk
that is descent into a cool dark
which you imagine
was wet and full of live smells
of cave bears and kills
as if the painting, its canvas
required of the painter
some sacrifice.

–an impulse not unknown but also then
without precedent.

a bottle set forth from a careful hand
lands a century later on a distant shore,
too many waves or languages apart
to be understood but as a sign.

the eye like a shiftless light
on the rock face that sings and sings
and will not speak. Katie Kinkel is an MFA candidate in poetry at the Iowa Writers’ Workshop. She is a teaching assistant of creative writing at the University of Iowa, and currently lives in Iowa City.