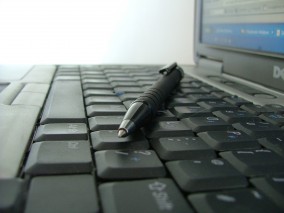 Start with a recap and end by announcing that I’ve possibly lost my mind—this might not be the best strategy for an essay regarding a work of fiction, but it will do for now. I wrote Zombie Lolita in August 2013 in Ulaanbaatar, Mongolia and I edited the piece during a road trip with my brother to Hiroshima, Japan. Delusion is the name of the game, and it is the theme for Napoleon Trembles, the story collection that Zombie Lolita belongs to. Speaking of my own personal delusion, now three of the fifteen stories in Napoleon Trembles have been published, which means I am twelve steps closer to making a pretty good case as to why someone should actually publish a copy of the manuscript, but more on my own personal delusion later. Zombie Lolita. In the story, a man named Stuart Sulloway gets an e-mail from a Nigerian scam artist collecting short stories. The e-mail offers Sulloway publication in the New Yorker. Sulloway immediately throws away everything he has, from his family to his job, to move to Brooklyn and become a “real writer”. While in New York, he hopes to find a publisher for his manuscript, Zombie Lolita, which is a rework of Nabokov’s classic piece injected with zombies. Spoiler alert: Sulloway fails in his endeavors, and after sacrificing everything he has to pursue his dream, the story ends with Sulloway living in a one bedroom apartment looking at the fake acceptance letter. Zombie Lolita is a warning to pay heed to how far we will go to accomplish supposed fame; it also is a Robert Scott-worthy exploration of delusion, which I will examine further in this essay. Writing is like Indian food—it burns on the way in and on the way out (trust me, I’ve lived in India). Let me rephrase: the world doesn’t need Stuart Sulloway and the writers he represents, which in a way, is all of us. So the world doesn’t need us, at least for much longer, and this fact burns, a good melancholic burn every time we churn something out that no one cares about. We want that burn to stand out because after all, we need to sell our shit (if not for money, for self-esteem). We take chances—anything to augment our personal story with hopes of eventually selling a fabricated one. We need stories to sell our stories. To paraphrase: who wants to read about a writer who had everything handed to them on a silver platter and published their first novel after going to an Ivy League school and being trained by a Pulitzer Prize winning writer in the art of literary embellishment? Stuart Sulloway doesn’t, and Stuart Sulloway, the same fool who’s written a manuscript entitled Zombie Lolita, hopes to create his own narrative. He wants to radiate his trials and tribulations to the masses, his years of slaving away at a 9-5 job while a novel boiled madly in his skull; he needs a good laugh for his debut on The Daily Show, or his first interview on the New York Times Book Review Podcast; he needs a story to tell in order to tell his next story. To illustrate the level of delusion we are dealing with here, I give you the back cover biography Sulloway plans out after his wife has tried to burn their house down due to the fact he’s divorcing her:

Stuart Sulloway, a Portland-native who lives in New York City with his son Quinn, is the survivor of an arsonist attack by his pyromaniac ex-wife. His forthcoming novel, Zombie Lolita, will be followed by a collection of short stories entitled, The Dreams of Stuart Sulloway: An Exploration of Genius and Chance.

Cooper Baltis hs published stories in the Sorin Oak Review, The Metric, Writing Tomorrow and will be published in the Garbanzo Literary Journal this summer. He was honorably mentioned in Glimmer Train’s 2013 Short Story Contest for New Writers, and he is halfway through my eighth full-length manuscript. He currently alternates between Tokyo, Japan and Ulaanbaatar, Mongolia, where he has started an electronic publishing company. www.cooperbaltis.com @cooperbaltis

Cooper Baltis is a Texas-born, former United States Fulbright Fellow living in and teaching English in Ulaanbaatar, Mongolia. He has stories in the Sorin Oak Review and The Metric, and Writing Tomorrow. He was recently honorably mentioned in Glimmer Train’s 2013 Short Story Contest for New Writers.