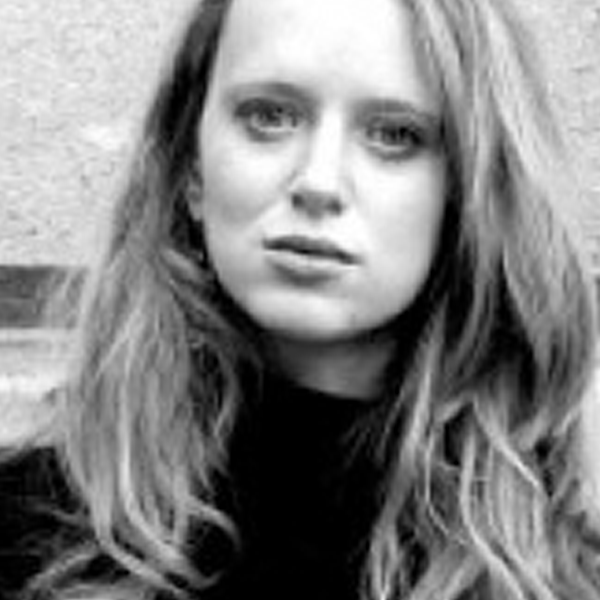 It had been raining for three days. The electricity had been out for two. The police had declared a curfew — three soldiers had washed up in pieces on the beach — and so Tatiana took tea at the lobby of the Grand Palais Eristave, where the foreigners huddled over the last of the Nescafé and the chandeliers shook with the bombs.

They were perfectly safe — the Embassy had indicated that much. They had only to keep calm, to eat the last of the moldy bread without complaining, to keep the doors locked, to pretend not to notice the prostitutes weeping at the bar.

“It’s always like this,” Tatiana said, licking the last flakes of pastry from her fingers. “You shouldn’t let it bother you. Nobody’s going to come in here. It happens every couple of months. It’ll all be over by morning.”

She was not afraid. She sat as she always sat, at the booth by the window, and looked out at the sea without flinching. She leaned her head against the glass and listened for gunshots, and when they came they reminded her that she was alive, and that the city around her was alive, and that she existed at the very heart of the world.

She drank the sedge of her coffee by candlelight, and told stories about the balls that had once been held in Old Eristavis — before the troubles, of course — when the port was still dominated by Greek ships and Armenian merchants, and  the young Lermontov had painted the sea.

“They’re a very showy people, the Kalakhs. They like to make a fuss. But it’s not really a revolution, you know.” She laughed with a hysterical trill and patted the arm of the French under-secretary, whose hands were still trembling after the last round of fire.

They all knew the story by now. She was the granddaughter of an Eristav princess exiled by the Soviets. She had come all the way from America to reclaim her birthright, because trifles like wars did not frighten her; she would not leave Eristavis until her title had been formally restored. She  postcards; she serenaded them with street-names; she recalled fondly the poets — Russian, Kalakh, and Eristav alike — who had visited dear grand-mère in her youth.

She had even started to believe it.

“You know,” she said, once the under-secretary had paid for her drink. “It’s a question of honor for them.” She yawned as extravagantly as she could. “They don’t want to lose face. So they’ll keep struggling until the end. Shooting Eristavs every now and then. It keeps their end up. But you shouldn’t worry, my dear. It’s a child’s game. It’s hardly a real war.”

The under-secretary gulped and did not object. His deference thrilled her.

She had learned by now how easy it was to fool them. She told the same stories she had told in Sarajevo, in Beirut; she changed the names, the nationalities, the dates. She had learned by now which  conquered, which convinced, which stirred compassion. She had given herself a thousand names in a thousand different cities, styled herself in a thousand different ways, and found in every cheap apartment in every dilapidated quarter a new brand of unhappiness.

Nowhere else would have her, so she came to Eristavis, where the sea was pale with skimmed oil and the port reeked of squid and gasoline. Eristavis, with its filthy streets and its slimy casinos and the blast-shattered statues on the boulevard, welcomed her as nowhere else had done. She traded fake pearls in the bazaar and wrangled touts into paying for her taxi. She lingered on the boardwalk and waited for barons to buy her a drink.

Sometimes a bomb went off, and on those days the boardwalk was closed, and she did not eat. Hunger pricked at her; the danger devoured her. It was the danger that had called her here, as it had once done in Sarajevo. Her fear burnished her stories, and transfigured them it something rich and real and true.

After all, to lie, she felt, in that deep and reverential part of herself that still lit candles on feast days, required malice. When she told them, at any rate, they were true, and she wanted nothing more for them to be true, and the purity of that desire burned in her spine like a sacred fire and burned away the sin. When she told them, she belonged to them, and in that belonging Eristavis ceased to be strange to her, and became her home.

By now she had learned not to think of home.

“You see,” she said, when the guns died down, “you were worried about nothing!”

The under-secretary flushed and offered to buy her another drink.

“My grandmother was at the Siege of Eristavis, you know.When they came on their horses, straight from Lenin himself! Kalakh mercenaries, all of them, thirsty for vengeance. Everyone else was afraid. But the Princess Natalya Konstantinova Satrapi wasn’t afraid — not a whit of it! She always told me when I was a little girl in Paris that the only thing she feared was being made to look undignified.

“And I tell you — she sat in this very hotel, in all her furs and finery, pearls in her ears, rubies on every one of her fingers, with a copy of Pushkin’s Eugene Onegin in her lap, and when the soldiers broke down the door, she looked them coolly in the face and said “Gentlemen, if you don’t mind, I’m nearly at the very best bit.” And she recited the duel scene in impeccable Russian, like Pushkin himself. Of course, they couldn’t kill her then. They started reciting it — right along with her!”

When she spoke it she saw it  — as it always should have been — the Grand Palais Eristave as she had always imagined it, its moldering curtains white like ermine, sparkling with the light of diamonds, set into crowns on the heads of women who knew Pushkin by heart.

She closed her eyes and saw the Princess Satrapi, who stared into the dead eyes of the Red Army without fear. She never spent nights pressed up against the pillow, drowning out the couplings of neighbors. She had never run out for a cigarette and not returned. She had gathered her jewels to her breast, and then with the immeasurable pride of her ancient line she had made the world and its armies bend to her will.

“And then what happened?” The under-secretary’s eyes widened and she could almost believe that he found her beautiful.

“Well! If you must know…” The familiar joy washed over her. “One of them married her. They emigrated to Paris, and she wrote scandalous erotic novels under an assumed name.” She felt she had gone too far. “But of course, she never forgot Eristavis. Until her dying day, you know, she dreamed of returning to her native city, the only place where she had truly belonged, to be buried in the Catholic graveyard with the rest of the Eristav nobility. She used to tell me that her soul could not rest until she found the place where she belonged — she made me promise…”

There came the sound of another explosion, and the light that followed after it. For an instant she was bathed in light — her torn furs, creeping with fleas, her paste rings, the wig she wore to cover the bald patches where she’d pulled out hairs — and then they were cast in darkness once more.

Tatiana pulled the furs tighter around her shoulders. “It’s nothing,” she said again, louder, this time. “I know how they work. They’re just trying to scare the police.”

She knew Eristavis better than she knew herself. She knew its secrets; she knew the smell of the sea at dawn; she knew the faces of its statues; she had named all of its stray cats. It was a story she had been telling herself for thirty-five years. She’d dreamed of a city with crumbling marble, and sweltering marketplaces, and melancholy hotels, and above all things she had dreamed of a sea. The uprisings, the gunshots, the light that split apart the sky — they were no more real than paper-dolls, pressed flat against the great canvas of the world.

They were part of the story of the Princess Satrapi, of the Countess Titania Erstova, of the Eristavis she had remembered, and which she had never known.

They were shouting; they were furious; she could not make it out. They killed the waiter before she could stand; the French under-secretary had fallen to the floor, whimpering, and in the screaming that followed somebody had knocked over the candlesticks, and then everything was darkness.

She did not move. She half-imagined that she had conjured them, dreamed them up as she had done the rest of the city, the Princess’s Red Army and her Bolshevik lover. It was only when one of them shot down the chandelier that it dawned on her that they were real.

They shouted at her in Kalakh, and she stared at them dumbly, moving her mouth in accordance with the words, understanding nothing.

At last one of the others, one of the British attachés at the Embassy, stuttered out a translation. “They say…” He spluttered; he squirmed at their feet. “They say…the Westerners can go. They don’t want anything with us. They say we can leave. It’s only…” He swallowed and looked at her with pity that was really relief. “It’s only the Eristavs they care about.”

But the Eristavs were watching her, with clenched teeth and the surety of death quickening their hearts. They stood with their hands behind their head, murmuring prayers she did not understand, but which she knew were to the saints, and so her lips moved swiftly with them. Tara Isabella Burton’s work has appeared in The Spectator, Litro, Guernica Daily, and more, and is forthcoming at The Rumpus and Arc. In 2012 she received the Shiva Naipaul Memorial Prize for travel writing. Her first novel, A Thief in the Night, is currently on submission.