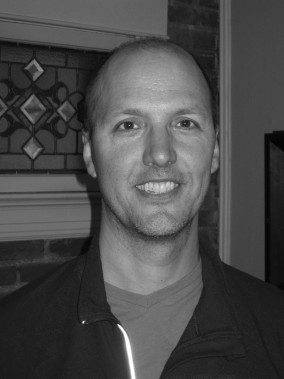 When you flip us off, it’s not us you’re flipping off.  It’s a camera; an inanimate object.

When you moon the camera, there is not a whiff of titillation.  We see an attention starved man with an inappropriate affect.  It’s sad.

Our team members are not voyeurs.  When you have full-fledged coitus with what has to be a hooker, I only note in the log that you didn’t even place your coat on the pavement beneath her ass.

We are jaded from countless hours of video footage.  You know how most people will fast forward through a boring movie until there’s nudity or a murder?  That’s us, except we don’t stop for anything.  All we do is notate an incident in the log and maybe dial 911.  We could witness Hitler rise from the dead, miniaturize himself, hide in the soap dish of a Miss America communal shower and we still wouldn’t care.

When you waggle your tongue and slurp in what you must imagine is a lascivious way, the audio effects are wasted on us.  You aren’t wired for sound.  We don’t have smellorama either, as you seem to think as evidenced by the decaying fruit and old coffee grounds you leave outside the entrance.  We believe you stole the materials from a backyard compost heap.

I want to think the best of people, which is admittedly strange given my occupation.  Maybe you think we are bored and are providing a distraction from the slack pace of our job.  Time slowed down to a Homeland Security response to yellow level is an ally in achieving our mission; incontrovertible evidence of wrong-doing

I don’t blame anyone for the inaccurate perception provided by Hollywood.  At its most breath taking story-line, the watcher becomes enamored with the subject.  An attraction builds; strikes up an acquaintance with subject; falls in love; gets found out; tossed out on ear; then save subject so boy gets girl or vice versa.

We aren’t falling in love here.

I’m checking systems.  Recording the system checkings.  Reading a book.  I would watch a movie, but our employer surveils us.  There’s fucking off a bit by reading a book, and out and out fucking off, like watching a movie, even though they waste the same amount of time.  It all comes down to perceptions.  Which fair or not, are about to get you labeled a potential security hazard.  Even if you are just an immature prick, I could write it up so it looks like you may be just a diversionary tactic.  My team watches you jump a unicycle over fiery rags doused in gasoline while across town we believe the true incident is occurring.  It could be one of a dozen felonies.  That’s a classic move we respect.

I started to wonder about your motivation the evening you walked by with two cowboy hats tied together; one raggedy straw hat covering your genitalia and the other over your ass.  You were wearing a pair of chaps over your head.  We concede that perhaps this is performance art.  I think it might be a statement to urban cowboy clothes designers.  I did faintly enjoy the Bob Dylan rendition with placards.  We still can’t hear, but we argued whether or not your lips matched the lyrics.

Initially, my colleagues agitated for action.  I have made efforts to establish a dialogue by opening and closing the lens in Morse code.  “Go away.”  Sir, you are no Boy Scout.

I wanted to give you an out.  I made up the unlikely story that if this was performance art and we went out and confronted you, it would only lend drama to the documentary that was being filmed by a cohort, thereby lending legitimacy to your anti-surveillance documentary.  The thought of embarrassing us led the team to express a plan-of-action to follow you home and beat you up.  To prevent your ass kicking, I suggested creating a portfolio on you.  Unfortunately, you graded out as a terrorist under our most reliable profiling technique:  “looking like a sneaky fucker.”

Along with no fly options, the surveil will soon be moving from the public to private sphere.  A former colleague should be breaking into your apartment soon.  Note the former.  I wrote a note of support in the daily log and was consequently fired.  Not that you care, but how will I pay my bills?  Blackmail.  I’ve held back film on a couple of the contractors to make sure they renew if they ever decided to cut us loose.  If I ever get nostalgic for the old job, I’ll watch a Terrence Malick film.

Paul Handley has humor pieces included in McSweeney’s Internet Tendency, Hobo Pancakes, The Foghorn and The Yellow Ham. He had a play performed for Pulp Diction III and another published in The Mayo Review. He has poems included in a full-length collection 5-Tool Poet (Punkin House Press), online chapbook, Life Is for Us to Keep (Silkworms Ink), publications such as Glass: A Journal of Poetry, Pemmican, and others.