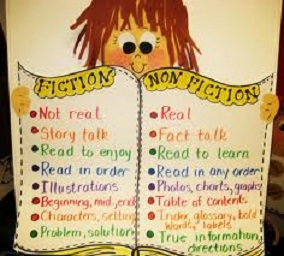 I wrote that lesbian separatist novel nine years ago. Nine years later, I look through that old novel and recognize how I should have just written a memoir.

And now I return to the novel fascinated by how through 322 pages of writing, I still never figured out what the novel was really about, mainly, me.

There is the novel. There are the true events that prompted the novel. I weave the novel and the experiences together now, here, and see how I stitched the real me into the fictional me, how I used to hide behind the fiction, how I ostrich-ed my realities—ducked down into the landscape of fiction instead of looking up at my life, facing my life. And I realize now that there’s a reason as to why I eventually turned to nonfiction, mainly because nine years after I wrote that first draft I find myself here, now, and knowing that I can no longer avoid life’s complexities with weak attempts at faux-creativity. This is not to say that all fiction writers are hiding from something. This is just to say that instead of dealing I make-believed.

“Maybe I should try guys for awhile, you know—see what it’s like so I know that I really am a lesbian.”

“That’s the dumbest thing I have ever heard before. Of course you’re gay. You don’t need a dick inside of you to prove it.”

And yet despite what my best friend says, I cannot stop thinking about it. I don’t necessarily want to be with a man, but I have always had this little bit of curiosity lurking inside of me, wondering what it would be like to have sex with a man. I mean, the majority of the world is doing, or has done it, and I kinda want to know what I’m missing.

He looks too much like Eminem for me to not want him.

The dykes surrounding me and best friend start bobbing their heads. We bob our heads. The beat is too good to not bob one’s head. And we ignore any sexist lyrics that have or will slip out of this white rapper’s mouth as he teeters that line of us hating him or loving him. Perhaps we do not know what to do with him, because his music is just that good that we disregard some of the lyrics. The beat vibrates our skin, thumps into our chests.

This lesbian thinks he is absurdly sexy.

This is when I know this and don’t want to believe it’s true.

This is when I have sex with my girlfriend and can’t take my mind off of his male body.

I tell no one.

It had been two weeks since my apparent straightness was starting to shine through my gay little body and make people believe I was a dick-lover….I noticed that I started to dress differently. Some days I wore tight jeans and a cute little t-shirt with a witty saying on it. Other days I fashioned baggy knee-length shorts with a tank top and no bra. I was teetering on the edges of both extremes. I even considered shaving my legs.

It is 2003, a year after Eminem’s hit “Lose Yourself” first came out, and I still haven’t slept with a man, my body sticking to its declared desire for women.

But the attraction to men is still there, and I can’t figure out how to approach it or which guy to ask if he wants to have sex with me. It all seems so impossible. And then–

Idea: Being a “virgin” (no penis = no sex—as where society believes lesbian sex is not sex, as where I love lesbian sex, as where I am curious about what “real” sex is like, as where I do not know if I’ll like “real” sex as much as I love lesbian “sex”, as where, again, no penis = no sex), yes, being a “virgin”, being a virgin who happens to be a writer, the idea enters my head that I could send a letter to the absurdly sexy rapper explaining my predicament and offering him my quote, unquote virgin vagina. What man would turn that down?

A part of me wants a part of him inside of me.

A larger part of me tells me uh-huh, you’re gay.

I was basically born gay, and I wondered what it would be like to be straight for a day or a night or a week….

When I told the drunk frat guy that even though I was a lesbian, I was still wondering what it would be like to sleep with a man (wink wink), he said that if I ever wanted to experiment with it, then he would be there to help me. I laughed and went to toss my hair, suddenly realizing that I was bald and feeling embarrassed, but my little head shake made the drunk frat boy smile. I waited for him to make a move. He didn’t. I left the party feeling ugly and even more confused.

In a tree at this lesbian party, a group of us shot-gunning hits off the blunt, it is his turn to shot-gun the smoke into my mouth. His lips press against mine to pass the smoke over to my throat. And I enter my tongue into his mouth. He agrees. We do not grab each other, but continue to hold onto the tree as our tongues continue to find each other. My bevy of lezzies turn their heads.

It is later, it is not soon enough, it is the night I can feel his penis trying to poke through his jeans, poke through my jeans, to poke into me.

He knows I’m a lesbian. I know I’m a lesbian. And then there is this situation of us on his couch, his hips on top of mine, his specific body part that sparks so much curiosity inside of me humping up against the crotch of my jeans.

And then the night ends. And our clothes never come off.

The day before this situation, I stood kissing him, and did what I knew to do when kissing someone who keeps grabbing at my boobs, who wants me closer, who wants to sleep with me. I pressed my thigh between his legs. Erection killed. I forgot he wasn’t a woman. Women is what I know, am used to. He is not a woman. I realized this as he yanked his body away in pain. Oh, right, he’s got something hanging around down there. I unintentionally kneed him.

But I don’t want to need him.

How can this lesbian say she needs a man?

“Ok, yes…I know all about patriarchy and the way that the phallus forces itself into my life in every second, but I’m not talking about politics, I’m talking about sexual desire,” I explained. “I mean, how do I know if I’m a lesbian if I’ve never been straight?”

“How do straight women know they are absolutely straight without ever giving it a go with us dykes?” She had a good point.

The Eminem look alike fades away from my life when college starts back up. I replace rap music with Ani Difranco. I shave my head. I get a gay pride tattoo.

The self-stigma builds itself inside of me. I try to box up my questions of identity, of desire, of the fact that this lesbian obsesses over the penis that she actually thinks is disgusting, but wants to know the feel of it inside of her. I do not want to look at it, just feel it. But I box up those curiosities and lock them away. I look at them inside of their cells, keep watch over them, monitor the heterosexual desire.

My judgments stand guard. I panopticon myself, stationed in the middle of my desire, standing watch over the opposing gangs of homo and hetero, ready to stop a fight, to intervene if heterosexuality starts to get rowdy.

“Quiet!” I scream to its cells, the cement walls trying to contain the possible connotations of those persistent questions.

The favored homosexuality does push-ups, strengthens itself in preparation to kick hetero’s ass back into its place. What I have always known to be true of me—a stalwart fourteen-year gold star lesbian identity—needs to remain in power. I am the dictator of my own desire, the warden of my rivalry wants.

“Isn’t a penis plunging inside of you oppression?” My best friend asks me.

Always being the advocate for arguments that I am, I retort “isn’t being ignorant an oppression?”

“Alright—you want to go fuck a man and go against everything you believe in, then you go ahead and do it.”

It has been nine years since I wrote that lesbian separatist novel, wrote those scenes about a lesbian wondering if she was straight or gay. Not coincidentally, it is also nine years after I really did talk with a frat boy about my confusing sexual feelings that said frat boy is now, well, my husband.

Some shit you just can’t make up.