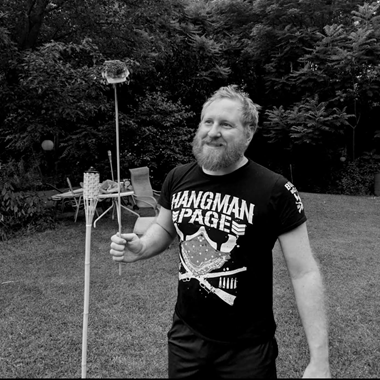 Jeffrey H. MacLachlan also has recent work in New Ohio Review, Columbia Journal, the minnesota review, among others. He teaches literature at Georgia College & State University. He can be followed on Twitter @jeffmack.


Jeffrey H. MacLachlan: Jessa Crispin recently said that good literary work requires the writer to “control their darkness.” I never had an issue with producing dark imagery, but often struggled with the implementation of that imagery to explore deeper meanings. The discipline of the texts I produce is what interests me most.


Jeffrey H. MacLachlan: The two poets who initially inspired me to change majors were Gertrude Stein and Russell Edson. David Lynch looms large in a lot of my work. Frank B Wilderson III is what I aim to achieve in my lyric essays.

Eckleburg thanks Jeffrey H. MacLachlan. Do you have new work published here at Eckleburg or elsewhere? Add your Selfie Interview and share the news with our 10,000+ reading and writing community. If you have a new book out or upcoming, join our Eckleburg Book Club and let our readers know about it. 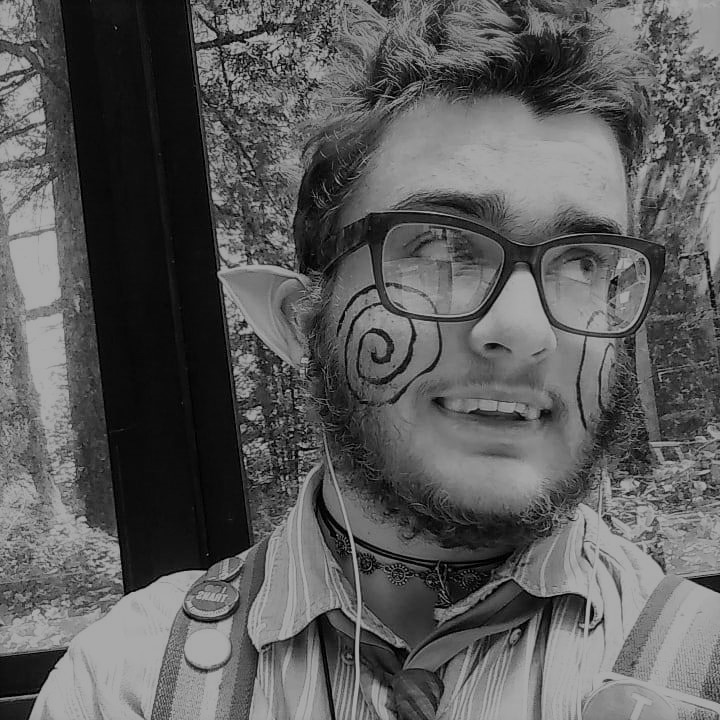 
Mercury-Marvin Sunderland: I don’t write prose poetry pieces like this much anymore, but what I like about them is that they’re just a collection of thoughts I had for an hour. I first started doing this as an assignment for my screenwriting class and I realized that I really enjoyed it and started doing it more often. My professor told me that what I wrote for that assignment was one of his favorite things that I’d written for that class because it held so much emotion with simple observation of my surroundings. The point of the assignment was to show that I could write a good screen-style setting, so I’m proud of that. What I try to capture with these pieces is mindfulness and meditation combined with observations of nature. Lately, I’ve been submitting my academic essays more for nonfiction, but once I run out of them I think I’ll go back to writing these.


Mercury-Marvin Sunderland: I’ve always been very multimedia — but now that I’m an adult, most of what I do is creative writing and visual arts. I like to write lots of things so I can have more to submit to literary magazines — nonfiction, flash fiction, poetry, comics, etc. However, I would say that my artistic forte is definitely poetry, probably because I end up writing that the most because that’s definitely the form of writing that is always in the highest demand from literary magazines. I’m trying to get more into writing comics lately because I want to work in animation and comics are essential for getting jobs in that field. In November I got to have a meeting with Rebecca Sugar (she/they), the creator of Steven Universe, to discuss my future in animation and she told me that what I need to do is draw fiction comics, print them out and make zines out of them, and then go to lots of cons and trade them around. That was how Sugar themself was hired to work on Adventure Time. So I’m using the pandemic as an opportunity to get started on those comics. Once I graduate undergrad, I’m going to move back to Seattle and get a membership with the Emerald City Comic Con, which will give me tickets to Emerald City, New York Comic Coin, and two other cons every year. That should be plenty of networking per year and I’m very excited about that. It will take at least a few years of that (that’s how it was for Sugar), but it’ll be so much fun.

Eckleburg thanks Mercury-Marvin Sunderland. Do you have new work published here at Eckleburg or elsewhere? Add your Selfie Interview and share the news with our 10,000+ reading and writing community. If you have a new book out or upcoming, join our Eckleburg Book Club and let our readers know about it.