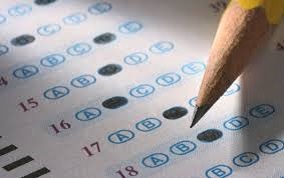 Thank you for participating in “The Exploration of Self” study. Please answer these questions as succinctly as possible. Do not ruminate on their meaning or connotations, but simply go forward with the advice of first thought, best thought. Upon completion of this questionnaire, please use the SASE provided to you to mail this questionnaire back to The Center for the Studies of Understanding the Self. If you have difficulty responding to any of these questions, please leave the question(s) blank as an unanswered question will provide us with insight as to what issues in your life you are avoiding and/or triggered by and/or not wanting to give credence. A question left blank can be as revelatory of the self as a question to which your response is unnecessarily loquacious.

We will contact you with the results within three months upon receipt. Upon receiving your results you will be provided with one (1) complementary consultation with a licensed professional. Please contact The Center if you would like to schedule additional therapeutic sessions.

The Center for the Studies of Understanding the Self

“The Exploration of Self” Study

Please allow yourself two (2) hours to complete this questionnaire