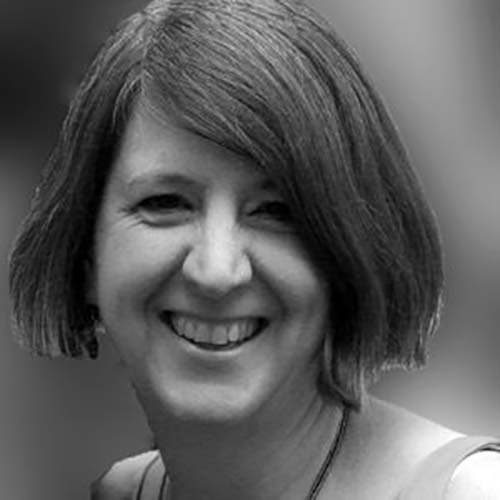 She was ninety-three and had nineteen nine-inch diameter chocolate birthday cakes from Bill Knapp’s restaurant in her basement freezer. How could she say no?  They were a free gift, no coupon necessary.  Each cake came with a sixteen-year-old waitress smiling straight rows of braces; with a balding manager clapping chapped hands to that tune everyone loved.  (Except  her, the ditty going round and round her brain and into her dreams, waking her at 3:00 am.  Alone.) Each came with her son and his family, who brought her every year in their Dodge Caravan, even in blizzards.

The restaurant’s parking lot was always plowed. Inside, the January sun glistened off the vinyl booths, off the menus in large print. Still, the type was getting hard to read, even with her bifocals. The last several years, she had had to hand the laminated list over to Howard, ask him to read in his lawyer-like voice.  She was sure he had practiced one winter when he was laid off from the office and watched the soaps for three months until a cousin got him on in the next town over. (What exactly did he do there?  She couldn’t remember, but it must be something important.) Even then he took her out and read the menu aloud. He was a good son.  She had brought him up well.

Of course, she knew each appetizer, entrée, and dessert by heart and always ordered Salisbury steak and “homemade” mashed potatoes (not as good as hers) with a side salad. That was not the point. It was nice to hear him read like that, the way she had read so many Uncle Wiggly stories before tucking him in at night, then, such a brief time later it seemed, to Howie and Ben (both named after her dear husband, rest his soul).  They, too, were good to her. Miriam and the boys (who weren’t so little anymore, now were they?), they all made time.  Goodness knows, it wasn’t easy with boys these days and all their this and thats. They even dressed up (Howard would never let them wear jeans for this) and brought photos of their latest girlfriends though they claimed she was still their best girl. The cake, of course, came with all this, candles and song included. The boys sang harmony, the way they’d learned in Glee Club. Howard brought his camera.

The restaurant was family-owned and operated, a nice place—clean, close, affordable. They knew her there by name. She had taught the wife’s sister in her eighth-grade class and back before all that Nixon craziness was a den mother to two of her brothers. (What were their names?) The owner or his wife always made a point of coming over. They’d kiss her on the cheek, shake Howard’s hand. The wife was a bit dowdy, it’s true, but what a personality. She knew all kinds of stories about the old school before it was torn down for the fancy schmanzy one where the boys went now.  My, how they’d all laugh. Howard nearly burst a seam. Miriam would pat her on the back, and they’d both giggle like girls. Even the boys smirked, looking back and forth at all of them.

With all this, how could she complain, turn down the double-layers heaped with icing? Each time, her family  insisted a waitress box up the “free birthday gift” and have her take it home for later. “It is, after all, your birthday,” Howard would explain. “and you are the only one who can afford the calories. Besides, the roses remind me of the ones you used to grow.”  And he was right there.  She was the thinnest by fifty pounds and still had her  figure.  And the sugar blooms did, in a strange way, look like the Rosa New Days she had coaxed into life.  How she missed those days in the garden with her Howard when they were first married, long before the arthritis, the blood clots in his legs.  She’d bring him unsweetened ice tea in the late afternoon and sometimes  fresh scones.  She’d had glasses with yellow buds twined around the lip and a butter dish shaped like a rose. They’d sit together under the oak, their knees dirty from digging.  They’d raise their glasses and cheer the day.

Not like this restaurant.  Not like this cake. Her husband had hated the sight of the cakes (too much goo), but she had talked him into keeping her secret (“It means so much to the kids.”) and he obliged her.  Now, these last ten years, it was only her secret to keep. But not for long. She smiled to think of it.

Nine-inch diameter chocolate cakes. Later, when he found them, Howard Jr. would be pleased. The cakes were, of course, arranged neatly, each in its own square box, marked with the year, the first when Howard’s Howie was just a tot, the last would arrive in about an hour.  She would bring the pastry box home from the restaurant in a white plastic bag, take it out carefully and date the box with one of those fat magic markers she kept in the kitchen.  The basement light would flicker as she descended the stairs; the furnace would hum more loudly. She liked the noises of the house; found them familiar, comforting. She would miss that, even the mustiness of the cellar.  She’d look around at the 30-year-old Maytag, the clothes ironed and hung, the Christmas ornaments in storage, the extra freezer. Finally, she’d take the cake box, tuck it tightly in its waiting space, and close the freezer lid for the last time.

Howard could serve them after the funeral. There was bound to be a crowd, and Miriam had so much else to prepare. Surely the owner’s wife (what was her name?) made good cakes, just a little too sweet perhaps.  They froze well. She had held out for this last one.  An even twenty, now that’s something you could be proud about.  No one could say she wasn’t prepared. It would be her “birthday gift” to them.

She was so tired. She waited by the door. Howard would be there soon. She could see the lights of the Caravan approaching.  The weatherman was calling for a blizzard. It was going to be a big one. She prayed the electricity would hold.

Marjorie Maddox is a Sage Graduate Fellow of Cornell University (MFA) and Director of Creative Writing and Professor of English at Lock Haven University. Her short story collection, What She Was Saying, was published by Fomite Press 2017). She has had five chapbooks and over 450 poems, stories, and essays in journals and anthologies.  In addition, Marjorie is the co-editor of Common Wealth: Contemporary Poets on Pennsylvania (PSU Press 2005) and an author of two children's books from Boyds Mills Press. Her work has been nominated for the Pushcart Prize. Marjorie lives with her husband and two children in Williamsport, PA. Read more at marjoriemaddox.com.