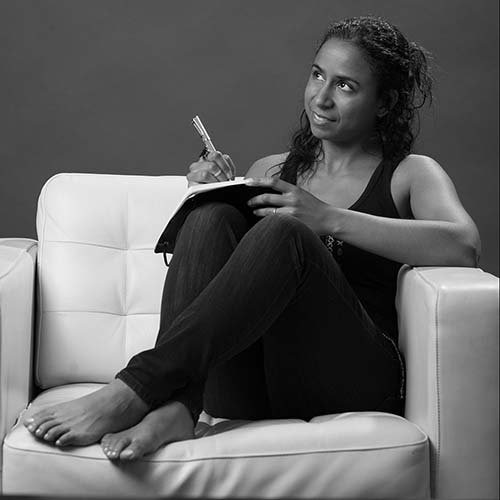 What captures your interest most in your work, now, as a reader?

I’m interested in lyrical flow and urgency, and savor moments when all other story elements blend to elevate these two and keep the story moving.

What are you working on now?

Right now I’m working on a collection of fictionalized vignettes — linked to “Spectators” and “I Will” — that explores the psyches of those who mobilized around one man’s dream to introduce orca captivity to Seattle (and to the US). In between, I work on other short stories and poetry, always poetry.

Who and what are your artistic influences?

This killer whale broke surface twelve feet out, arching its oily mass out from the water, and then it dove, aimed in our direction. One of us grabbed the shotgun. Our catch was good, but orcas could eat our salmon right through the nets, swarm us in packs of up to forty. We knew the risks. It was the wretched ‘blackfish.’ We’d heard how a pack of them had come up on a whaler’s catch recently, attacking its haul in a fury of relayed darts and tears, mucking up the water with their methodical peeling back of the blue whale’s skin…. READ MORE

Nicole Miyashiro is a writer-in-residence with the PA Center for the Book at Penn State University. Her work appears in CALYX, The Hudson Review, the Nasty Women Poets anthology, and elsewhere. Some of her poems can be heard in Words of Art, an online collection of ekphrastic pieces.