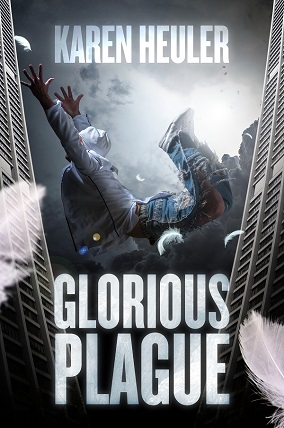 What if the apocalypse strikes, and it’s beautiful? When a virus leaps the species barrier in Glorious Plague, by Karen Heuler, people all over New York and New Jersey start singing and climbing to the rooftops, to the bridges, to lamp post and road sign, steeple and water tower, singing gloriously, triumphantly, tirelessly—and dying. When it’s all over, Manhattan has to rebuild a new society, and it seems to be having a lot of help in the form of angels, gods, and walking myths. What’s real? And does it really matter? It does to Dale, searching for her missing daughter, and to Omar, an entomologist searching for the cure, if there is one, with little interest from those in the grip of the new order.

Karen Heuler’s stories have appeared in over 70 literary and speculative magazines and anthologies. She has published four novels and two story collections with university and small presses, and her last collection was chosen for Publishers Weekly’s Best Books of 2013 list. She has received an O. Henry award, been shortlisted for a Pushcart prize, for the Iowa short fiction award, the Bellwether award and the Shirley Jackson award for short fiction. 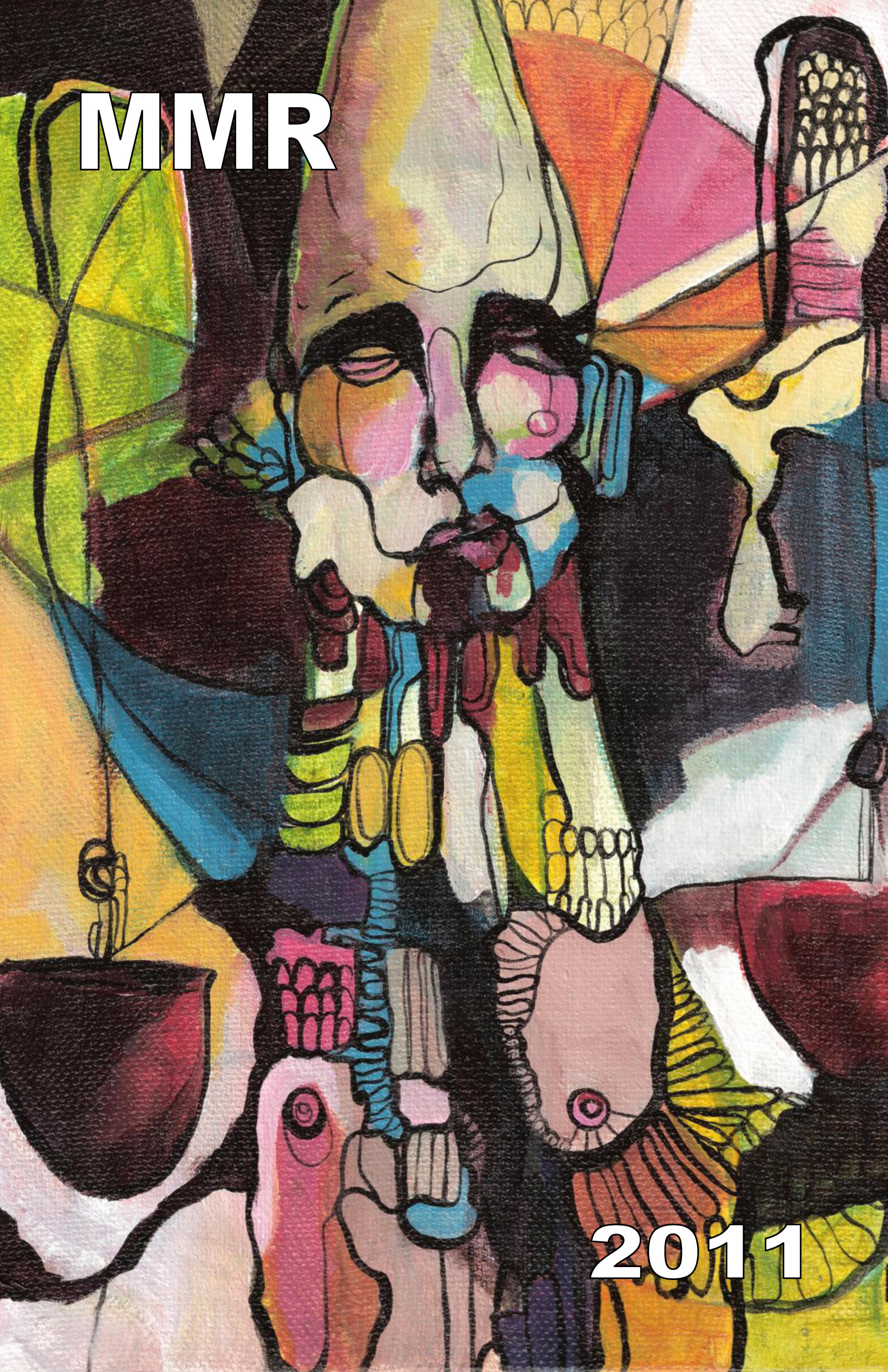 Stories, poetry, and artwork by award-winning and emerging authors, poets, and artists. Moon Milk Review 2011 is a ravishing exhibition of what happens when the boundaries come off. The anthology includes work published in the online magazine and new original work. A “refreshing departure…edgy…classic…compelling” (Flavorwire), MMR 2011 promises to take readers and art aficionados to places they’ve never been. Cover Art, Of the Scales, by Alexis Covato (original: acrylics on canvas). 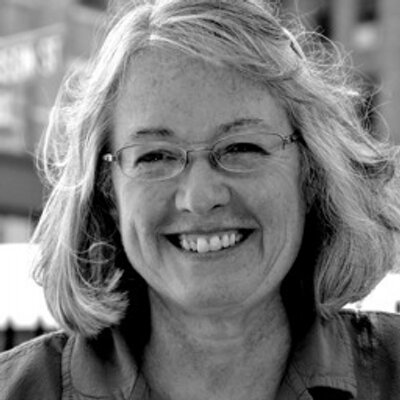 Karen Heuler has published works in StoryQuarterly, Weird Tales, Shenandoah, Night Train Magazine, New York Stories, Virginia Quarterly Review, Alaska Quarterly Review, Ms. Magazine, Massachusetts Review, and many more. The New York Times described her first collection of short stories as “haunting and quirky.”  In 1998, she won an O’Henry Prize and since then, she has published two novels: The Soft Room and Journey to Bom Goody. She now teaches writing at NYU’s SCPS in addition to offering private workshops.

MMR: Readers can find your short stories in a variety of publications ranging from literary to fabulist to speculative—StoryQuarterly, Paraspheres, Weird Tales…. How has this slipstream experience been for you?

KH: For most of my writing life, I targeted literary magazines and publishers, and I suppose that proves there’s more range there than I sometimes think; after all, Marquez, Lethem, Saunders, Lewis Carroll—a lot of writers who don’t fit the conventional literary profile—still get shelved there. So I have little to complain about, especially now that I’m getting more things published in speculative magazines.

“I love the word speculative, by the way,…”

…because it does seem to fit what I think of while writing—i.e., when I’m in a story I’m speculating, imagining, fantasizing, daydreaming—it’s a very natural, organic, very pleasant mood (we’ll forget for a moment the whole horror of Endings).

And, luckily for me, there’s Slipstream, which is a great, generous territory; I like the slipping part of it, the mobile quality that keeps it from being formulaic.

MMR: Some literary critics, writers, readers have disregarded fabulist or slipstream writing as being “less than.” What is your reaction to this?

KH: It’s very human to want to find your group, your civilization, the people who share your worldview, who won’t kill you because you’re an outsider, who eat the things you think are proper to eat; and this is true for writers and readers as well. What appeals to you is right; what doesn’t appeal to you is wrong.  I went through a period where I compulsively read English cozy mysteries, and I remember the dismissive comments people made about mysteries, how much a waste of time they were—and I would point out that PBS always had mysteries on; was PBS lowbrow? Of course PBS recognizes quality, it doesn’t assign it, but the fact of the matter is that most people get their criteria from someone else—whether it’s a university teacher or the New York Times.

And institutions are not the first to notice cultural change. But it’s hard not to write with the goal of the New York Times in mind (or The New Yorker, of course). So a lot of our judgment is really a reflection of the opinions of people we admire. Which is odd, considering how some of them dress.

Plus, I know that not everyone likes my kind of writing, and I’m fine with that; there’s an awful lot of writing I don’t like; I have my own preferences. But I teach at NYU and I have noticed that peculiar pause when I mention what I teach (writing fairy tales, fantastic fiction, that kind of thing); I can feel my status drifting.

KH: I have a hard time getting novels published because it’s hard for a publisher to figure out where I fit. My last published novel, Journey to Bom Goody, is about a retired electronics salesman who brings generators and TVs to the Amazon, where he hopes to show America to

the natives the way he’s been seeing the Amazon on PBSdocumentaries. He gets abandoned by his half-dolphin guide, gets rescued by an ethnobotanist trying to record all the native cures before the shamans die out—and there are rumors of strange things in the rain forest, and stories of transformations and a museum of white artifacts in one village—a whole host of things I found quite interesting and funny—but not many others did. I have a similar problem with a book I just finished, about a weird but wondrous plague that destroys most of the population as they sing themselves to death (imagine the screenplay!) and leaves the survivors with a new world where angels and gods and myths keep popping up. This is a wonderful, glorious plague—but it isn’t grim enough to be truly apocalyptic, nor is it light enough to be a new version of I Am Thinking of My Darling by Vincent McHugh. I can see the problem, I suppose; where would they shelve this book?  Not next to Cormac McCarthy’s The Road, certainly. Not next to Blade Runner.

So, purely for my own self-interest, I hope there will be an increased interest in publishing slipstream novels. Right now, for instance, I have stories in or coming out in six magazines and three anthologies, in addition to Moon Milk. So, really, whatever I call myself, wherever I fit in, there’s room enough for the likes of me. I just wish I could find a home for some of my novels as well. Although they may not know where they belong, I promise you they’re very well-behaved.