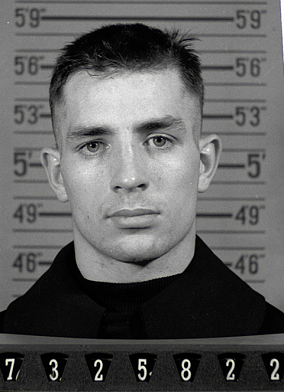 So yes, we all probably know that Sylvia Plath killed herself by sticking her head in an oven. But did you know her favorite thing to bake was a classic tomato soup cake with cream cheese frosting? (Bake at 350 degrees for one hour)

Perhaps you know that Joseph Heller’s Catch-22 was originally titled Catch-18, but because a World War II novel by Leon Uris called Mila 18 recently came out, and in order to avoid reader confusion, Heller went with Catch-22. But, before Heller even got to the point in which he had to decide on the final title of his novel, he had to experience getting a rejection letter in which the editor stated, “I haven’t the foggiest idea about what the man is trying to say. Apparently the author intends it to be funny.” Louisa May Alcott is a bad ass, because even though one publisher rejected Little Women and told her to “stick to teaching,” she still went for it. And what’s happening 140 years after it was published? It’s still selling millions.

Random word fact for the day: People used to use “thon,” which is the third-person singular for “that one.” Gender ambiguities be damned! I’m bringing this one back.

Gone with the Wind has thus far sold 30 million copies. Thankfully, Margaret Mitchell is quite tenacious as the novel was rejected 38 times before a publisher picked it up.

And, for all you novelists out there, here’s a quick list of famous rejected novels so you don’t feel so bad about yourself:

Stephen King wrote under the name Richard Bachman so he could prove to the world that a horror author could write more than one book a year and still be taken seriously.

Gotta love Gertrude Stein. Not only did she sardonically declare in 1934 that Adolf Hitler should be awarded the Nobel Peace Prize. She also named her cat Hitler. What a lady. And for the no way fact of the day: Dorothy Parker published a short story in The New Yorker called “Lolita” three weeks before that other Lolita came out. Weird, right? What’s freaky is that Parker’s story was about an old man, a teenager, and a jealous mother. Hmmmm.

If you did not know that “Frankenstein” refers to the scientist and not the monster, then go read that book again. What’s not as well known, though, is that Mary Wolstonecraft Shelley wrote Frankenstein after she and her soon-to-be hubby, Percy, visited Lord Byron in Switzerland, and as they read German horror stories translated into French during that trip Byron challenged them all to write their own supernatural tale. And that is how Frankenstein was born.

And finally: you’re not too special if you know that Jack Kerouac wrote On the Road in three weeks on a continuous sheet of paper. However, only the special ones know that the Navy rejected him because he was mentally unstable. Yes, leave it to the crazies to create something famous.