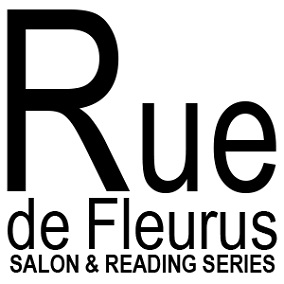 On Tuesday night, fans, staff, and writers for The Doctor T.J. Eckleburg Review gathered at the KGB Bar in New York City for a night of literature and camaraderie. Posters of socialist propaganda, some written in Cyrillic, hung on the walls of the one-room bar where we mingled on the second floor of the19th century brownstone in East Village. The room was once a gathering place for Ukrainian socialists in the first half of the 20th century. Now, since 1993, it’s where authors and lovers of literature congregate to listen to emerging or established writers read from their works. The room could have been called the “Red Room,” given its history, current ambiance, and the colors on the wall. But, more appropriately, it’s the KGB Bar, where writers converge and rally behind their own.

The one-room bar had its few ceiling lights turned on to their brightest setting, which illuminated the space as a veiled lamp might a bohemian’s den. Deep crimson curtains covered several windows on one wall. One billowing red curtain let in dusky light behind the speaker’s podium. The bartender poured drinks, and people greeted each other with excitement—and, we’ll admit it, a bit of geeky glee—for the words that would soon fill the room. At 7 pm, the KGB Bar opened its doors for another literary reading, and by 7:15 pm, The Doctor T.J. Eckleburg Review, Luna Luna, and Fiction Circus – with special guest Cris Mazza – launched that night’s literary bash and riotous good time!

Eckleburg’s own Rae Bryant opened the reading hour with a dark tale about skinning a catfish. Her words were followed by those of Miracle Jones who engaged the crowd with a satirical tale about T.J. Maxx. Cris Mazza then read an excerpt from her newly released memoir about relationships, sexual dysfunction, and what it means to be a woman, Something Wrong with Her. Lisa Marie Basile concluded the reading hour with two emotionally raw and outstanding poems focusing on sexual abuse.

A place for writers and for writing is what The Doctor T.J. Eckleburg Review is. And it found a kindred spirit in the KGB Bar and its patrons.

And yes, that’s one hell of a grainy photo. It’s hard to take a picture of such awesomeness! (Plus, as mentioned earlier, the bar’s lighting was deliciously crimson and focused on the excitement coming from the podium!) 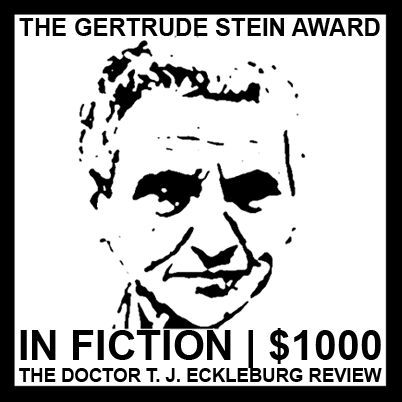 We are very pleased to announce our Gertrude Stein Award Finalists for 2014. Our 1st, 2nd and 3rd place winners will be chosen from this list. Our decisions were very difficult. We received many talented submissions and each submission received attention from multiple readers. The 1st place winner will receive a cash prize of $1000 plus publication in Eckleburg No. 19. 2nd and 3rd place winners will be published in Eckleburg No. 19.

Our guest judge for the Gertrude Stein Award 2014 is the awarded author, Cris Mazza, whose new hybrid memoir, Something Wrong with Her, is out now with Jaded Ibis Press.

The following list of finalists are alphabetical by author’s last name.