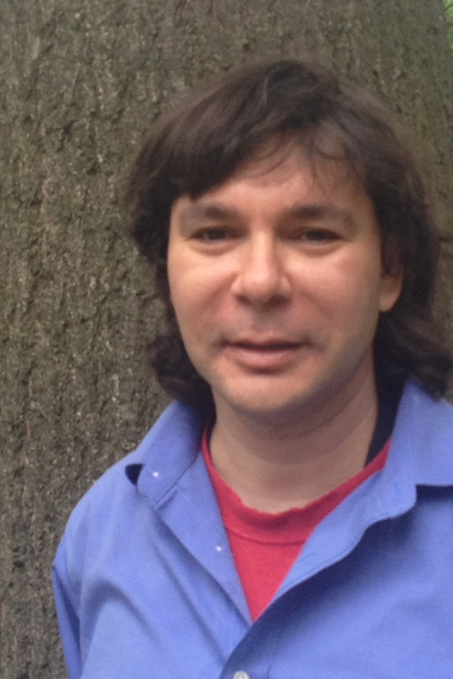 Jacob M. Appel: A deep and abiding sense of inadequacy. I suppose that’s exactly the sort of answer one might expect from a writer-psychiatrist, but that doesn’t make it less true. I think there’s an argument to be made that some writers write from a fear of deficiency, others from an exaggerated estimate of their own value. At least I’m one of of the former. The latter are far harder to tolerate at dinner parties.

Jacob M. Appel: The clever answer would be Stephen Hawking or Jean-Dominique Bauby, because I’d actually have a chance at winning….The honest answer is Karen Russell, because she’s brilliant, and it’s the closest I’m ever going to get to holding her hand.

Jacob M. Appel: That I had a torrid love affair with Sophia Loren. Is that too much to ask?

Jacob M. Appel’s first novel, The Man Who Wouldn’t Stand Up, won the 2012 Dundee International Book Award and was published by Cargo. His short story collection, Scouting for the Reaper, won the 2012 Hudson Prize and was published by Black Lawrence Press in 2014. His most recent books include a novel, The Biology of Luck (Elephant Rock, 2013), an essay collection, Phoning Home (University of South Carolina Press, 2014) and a short story collection, Einstein’s Beach House (Pressgang/Butler University, 2014). Jacob’s short fiction has appeared in more than two hundred literary journals including Gettysburg Review, Michigan Quarterly, Southwest Review, Threepenny Review and Virginia Quarterly Review. His prose has won the Boston Review Short Fiction Competition, the William Faulkner-William Wisdom Award for the Short Story, the Dana Award, the Arts & Letters Prize for Fiction, the North American Review’s Kurt Vonnegut Prize, theMissouri Review’s Editor’s Prize, the Sycamore Review’s Wabash Prize, the Briar Cliff Review’s Short Fiction Prize, the Salem College Center for Women Writers’ Reynolds Price Short Fiction Award, the H. E. Francis Prize, the New Millennium Writings Fiction Award on four occasions, an Elizabeth George Fellowship and a Sherwood Anderson Foundation Writers Grant. His stories have been short-listed for the O. Henry Award (2001), Best American Short Stories (2007, 2008, 2013), Best American Nonrequired Reading (2007, 2008), and the Pushcart Prize anthology (2005, 2006, 2011, 2014). In 2003, he was honored with Brown’s Undergraduate Council of Students Award for Excellence in Teaching in 2003. He is currently on the faculty of the Mount Sinai School of Medicine.

READ MORE: Jacob M. Appel, Scouting for the Reaper, Miracles and Conundrums of the Secondary Planets, Einstein’s Beach House, The Man Who Wouldn’t Stand Up, The Biology of Luck, bioethics, physician-writer