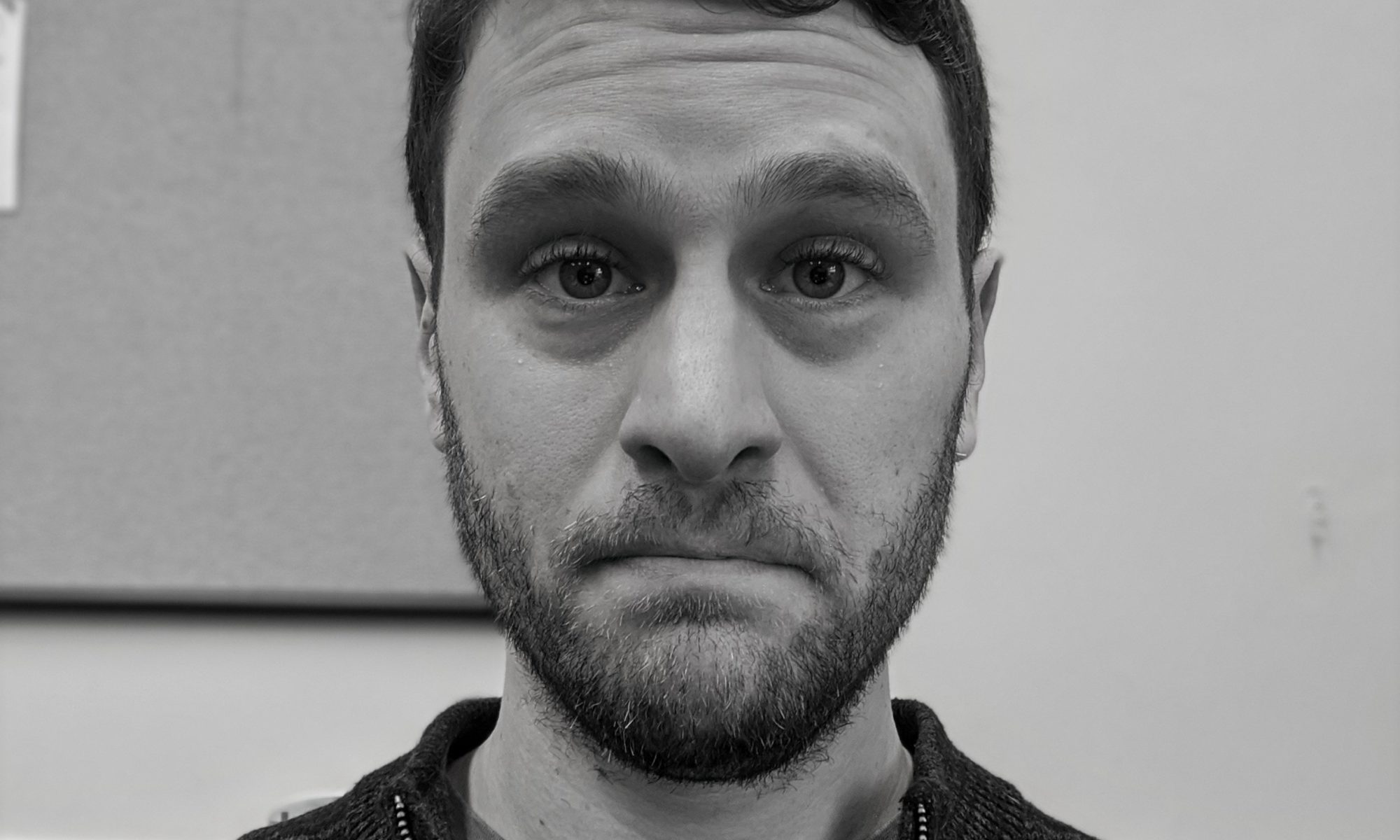 Cory Johnston is a writer, editor, and teacher from northern New Jersey. He holds an MFA from Fairleigh Dickinson University and has been involved with FDU’s international literary magazine, The Literary Review, since 2012, including serving five years as Books Editor. Outside of the literary world, you’re likely to find him seeking out rare and delicious sandwiches, following the summer Phish tour, or trying to befriend the local squirrel population.


Cory Johnston: Lately I’ve been thinking a lot about tone and voice. Mood. I tend to write about death, dying, loss, and other heavy stuff, but I really don’t want my essays to feel like relentless misery. In the real world I’m not a very serious person, so staying true to the content and themes of my work – which are serious and deserve to be treated as such –  while also allowing my sillier, more playful side to come through is something I am constantly thinking about (usually with some frustration).


Cory Johnston: Currently, I am working on a manuscript that I suppose is a collection of essays. I’m hoping to explore the themes of death, grief, determinism, and the limits of our ability to process and understand our own nature. In terms of structure and style, the essays often use conceits of speculative fiction, too, from outer space monsters to multiverse theory to the eldritch Old Ones. Hopefully it all amounts to something interesting.


Cory Johnston: I tend towards the strange and unusual as much as I can. Anything with a sense of mystery or uncertainty – I love feeling uncertain and have a kind of inherent mistrust of art that is overly didactic. Make me confused, make me think, make me wonder. More than anything else though, my basic sense of art and the nature of self-expression is influenced by the twenty years I’ve spent as a die-hard Phish fan. As a band, they are just pure creativity and ambition. They are constantly inspiring.

Eckleburg thanks Cory Johnston. Do you have new work published here at Eckleburg or elsewhere? Add your Selfie Interview and share the news with our 10,000+ reading and writing community. If you have a new book out or upcoming, join our Eckleburg Book Club and let our readers know about it.