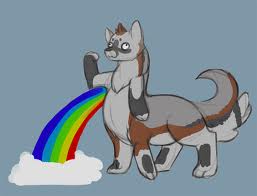 My manager at work was fired for “insubordination” awhile ago, and so the owner’s sister stepped up to be the manager. She’s a nice enough gal from Texas, someone who has never been in the restaurant industry, but is here at our bar/restaurant to try and make some good changes. After the previous manager was fired, the next day I was called up into the new manager’s office.

“Yeah, sure.” I figured she was going to give some explanation for the sudden firing, for the fact that things are going to change around here, that I was now going to have a list of, like, actual things to do.

I entered into her office prepared for these “team-spirit” and “work smarter not harder” words. But instead, once the office door closed behind me she said she needed to talk with me about my hygiene.

“Honey, we got an email from a customer who said one of the waitresses smelt bad. Well, he said that he couldn’t tell if it was the chili or the waitress, but something didn’t smell nice.”

“And he said it was the waitress with the dreadlocks, so we know it was you.”

“Well I wear deodorant. And I shower,” I said while raising each arms up into the air, sniffing my armpits one by one.

“Oh honey,” Texas gal continued, “I’m sure it was just one of them hot days when y’all were workin’ harder than a horse. I just had to mention it to you, because we got this here email.”

She didn’t look embarrassed, but almost proud that she got to do this duty as a manager, tell other employees about what they needed to improve on.

“Okay, honey. And thanks for working so hard.”

Truth time: I don’t wear deodorant. Never have. My armpits feel weird with the slick gel or sticky powder smashed into them. Plus, I don’t shave my armpits, and hate the feeling of all of that natural hair assaulted with some unnatural smell-neutralizing element. But even with this lack of deodorant, I still don’t think I smell. And I’ve never had any complaints, though I guess I can’t say that now.

I would like to think it was the chili that did, in fact smell, that the bean and dead-cow combination is what filtered into that snobby customer’s nose. I do not smell rank, though I think our chili does. But maybe that is just my vegetarian snobbery seeping out of me.

When I got home and told my husband of what Texas gal said to me, he said, “But you smell like beautiful sunshine rainbows.”

Chelsey Clammer received her MA in Women’s Studies from Loyola University Chicago. She has been published in THIS, The Rumpus, Atticus Review, Sleet, The Coachella Review and Make/shift among many others. She received the Nonfiction Editor’s Pick Award 2012 from both Revolution House and Cobalt for her essays “BodyHome” and “I Have Been Thinking About,” respectively. She is currently finishing up a collection of essays about finding the concept of home in the body. You can read more of her writing at: www.chelseyclammer.wordpress.com.

One Reply to “Get a Whiff of That”