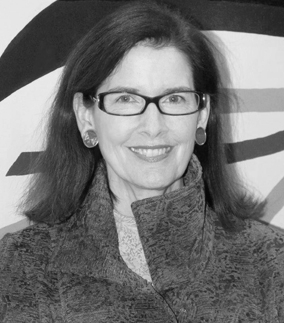 Welcome to Hot Spots, the service that helps you navigate the wacky world of your friends and acquaintances AND gives you up-to-date directions on how to steer clear of their Hot Spots. Stroller friendly and enable smart routes are all available at our APP.

Directions: Steer clear of all streets in Manhattan. Melody will fly into a rage if any Chinese delivery guys ride their bikes on the sidewalks. She will chase them on her bulky legs and repeatedly scream “it’s against the law!” Her face will puff and get red. Melody has battled cancer and has had ports, chemo, and radiation in her body; none of that seemed to irritate her as much as this sidewalk bike-riding activity.

Consider: Is Melody’s rage misplaced aggression toward the underpaid delivery guys who are, after all, just trying to quickly deliver food to rich New Yorkers and get a measly tip? Is Melody concerned that she is large and infirm and the bikes will knock her over? Or, is she annoyed she can no longer consume Chinese food due to the sodium? Or, God forbid, is it racial?

Transfer all discussion about other human beings to another acquaintance. If you should mention that anyone is having a problem of any kind, Ruth’s first comment will be “they have never even had surgery!” To Ruth, this is the foundation for deciding whether to show empathy toward anyone’s current trouble. Ruth will choke up, apparently recalling her successful minor surgery of 20 years ago (from which she has completely recovered, at least physically) and dismiss all the concerns of the operation—free.

Pass by: Diane (and avoid all dog discussions)

Diane is overweight and has a pug dog called Mango that walks as slowly as she does. Mango has kidney issues and is fond of peeing in unexpected places and stinking up the universe. Diane’s neighbors have affixed deodorizers to her apartment door in an effort to combat the fumes. Diane is hurt and enraged by these allegations against her beloved dog and won’t tolerate any dissention on the topic. Her conversations begin with “did I tell you about Mango’s ear [or other body part] infection?” to which your brain pumps out the phrase “NO and please don’t,” but your lips utter “Yes, you have. What a shame” as you quickly try to change the topic. Your mutual friends, the Andies (Andy and Andrew), suggest Diane may be killing Mango with kindness and too much food. They point out to you that she has done the same with a series of dogs over the years. This is alarming, since you have recommended that Diane, who needs a job, seek employment with Ruth, who runs an animal care service.

ALERT: Do not bring any home-baked desserts. He will say “How dare you? My wife is a wonderful baker, everyone knows that, she has worked so hard on this meal, why did you bring this? What were you thinking?”

TURN BACK and do yourself a favor: just bring a cheap bottle of wine. Then Dan can feel superior due to your poor selection, but at least he won’t be infuriated with you and can stop overprotecting his wife.

Don’t mention any articles in newspapers or magazines that they have not yet read. If you suggest that they will want to read it since it is a topic they enjoy, you will be lectured on their inviolable system of thoroughly reviewing these materials in sequence, by date of publication, and that the system cannot be circumvented or skipped, even for a topical article.

Consider: As people age, they like order and control against the dying of the light.

Sheena is the woman who has cut your hair for at least 20 years. Sheena is convinced she is still 25 years old and Kim Basinger is 6 foot 3. If you contradict Sheena and point out that you think Kim is not quite that tall, and then you request a 2-inch trim, Sheena will smile tightly and say “OK. Highlights. I’ll get the formula.”

Reflect: Why is Sheena bringing up Kim Basinger at all? Why is so much of life about conversations that are useless and / or non-illuminating? Why is Sheena convinced of Kim’s height without any corresponding data? Why must you agree with Kim’s erroneous height so that Sheena will actually cut, rather than highlight, your hair?

ARRIVE: Permanently turn off the traffic radio channel you have listened to for years. Now you can rely on Hot Spots to see you through. The mispronunciation of the word “construction” by the radio traffic announcer always drives you crazy. You believe she really needs to open her mouth and enunciate “con struct tion” as opposed to the closed-mouth sibilant slur of “cnsction” that she repeats when pointing out areas of the city to avoid due to construction work.

Consider: Does this phonetic indecency madden you because your mother was strict and taught languages? Are you becoming your mother?

Total Miles Traveled: Too many.