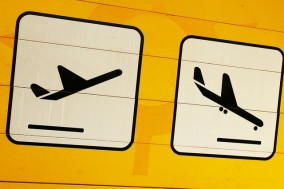 The word “unpacking” has always resonated with me. It’s a word I remember hearing from one of my writing professors, relating back to clarifying imagery. It even has origins in the first poem I ever had the honest confidence of submitting to publications, in which an excerpt reads “lies the way / by which a man / can pack so much / inside his bag / and still maintain / the latch or zip / with nothing stripped”.

Unpacking seems fitting in the context of Cartographers, which I wrote while thinking back on my hometown. I grew up in a small community with a stepfather who didn’t like to travel. As a result, my childhood was comprised of a series of dry or overgrown baseball fields, failing local businesses, and the sturdy but aging homes built circa 1940. I was restless after living there for most of my life, and declared at an early age that I would leave that town the first chance that I had. I followed through on that very well. When given the option in high school to buy a car or go to France, I went to France. I took a job interview in Madison, Wisconsin when I was fresh out of university. I eventually became a teacher in South Korea for six months.

When I first began writing Cartographers, I wanted to write a poem that neglected my need to move around. I wanted to write a poem that celebrated the homebody. I wanted to dedicate it to my stepfather, who, despite all of our differences, helped me whenever I needed assistance, and was frequently a much-needed grounding force in my life. It was also a piece that aimed to examine the values opposite of the well-traveled, cultured, and privileged. I wanted to share the wisdom found in the settled life and, for my stepfather, the wisdom of pragmatism and taking comfort in simpler things.

But the first poem was a sham. Playing with the term homebody, a father inspires his four children to think about the dynamics of the human body: the length of intestines, the size of cells, the near cosmic size of cell life that exists within each body — all of this was nice, and perhaps it would be an interesting way to change one’s perspective on a small town, but it wasn’t the stepfather who didn’t like to listen to outdoor music or the stepfather who listened to the ballgame on that antique knobbed radio for more than thirteen years. It was a poem dedicated to my stepfather, but written about somebody else.

Published, frustrated, and antagonistic, the new poem — Cartographers — is laughably different, and causes me concern to investigate the original objective of gratitude and praise. In the manner of speaking, I unpacked; I laid a lot on the floor — much of which might cause my parents to be concerned, angry, or both. I can only say that I am not a very practical packer. My luggage is frequently lined with heavy books and sentimental knickknacks. The clothes are typically unfolded and the toothbrush is my most often forgotten item. When I open the bag, the contents burst forth like a cartoon. But in that explosion, I discovered minor trinkets that found a place in Cartographers — small notes that I had no awareness of in the first draft, but would not remove from the final.

Unpacking can be much more than the act of expression or making oneself vulnerable. Unpacking can also be a way to process and reprocess the value of our weight. At the Incheon Airport, coming back to the U.S., I watched a passenger throw away a sweater when their bag was just above the weight limit. I then witnessed a young adult pick the same sweater from out of the garbage and stuff it in their bag. Everything we pick up and everything we leave behind contains mileage, and unpacking will always be a testament to the places I’ve been.