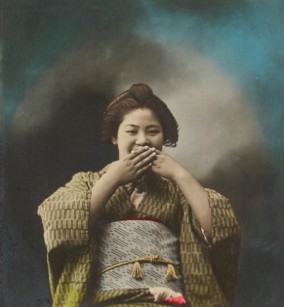 The female nether regions divide Americans into two distinct camps. On one side are the people who cannot bring themselves to say, hear, or read the word vagina no matter how legitimate the circumstances that prompt its use. Depending on whether they over-identify with daytime talk show hosts or public leaders, the anti-vagina crowd either reverts to baby talk (e.g., vajayjay) or condemns the dictionary-approved terminology as profanity and debauchery most vile. Sexual repression being the obvious diagnosis, I can do nothing but feel sorry for the stricken and wield the word with purpose and clarity whenever warranted.

What worries me and even pushes me to the point of active dislike is the growing multitude on the opposite end of the spectrum — the ones who are comfortable using the edgier cunt as an everyday, casual obscenity. Cunt as insult has been around a long time and, within the hierarchy of derogatory expletives, is still one of the worst as far as I can tell from my middle-aged perspective. But it’s everywhere:

These examples feature insults made by men, but women — girls — are prime culprits as well. A simple Internet search for “Miley Cyrus X-rated shirt” brings up the pop singer going fashion forward in a black halter top with “YOU CUNT” printed in red block letters that coordinate nicely with her lipstick. And you have only to go to an unmoderated fan site, Facebook account, YouTube video, or Twitter feed to find angry teen girls slinging out a commonplace “cunt” to anyone they decide to hate. The issue of reblogging vs. reposting on Tumblr also raises enough ire among what appear to be female bloggers to warrant a public service-type announcement that Cindy reposts, giving the content originator no credit, therefore “Cindy is a CUNT. Don’t be like Cindy.”3 Even young women who could be hailed as America’s future leaders are willing to threaten nonconformist females with the physical violence of a “cunt punt.”4

I’m tempted to shake my fist and yell, “Curses, pop culture!” Yet the literary crowd is doing the same thing. I admit, a year or two ago I wrote a short story that included cunt as a curse word (since deleted). When my main character cut off her husband’s thumb with a meat cleaver, “Cunt!” came out of the husband’s mouth almost automatically even though I’d never said or written that particular word before in all my years as a functional human.

In my defense, I wasn’t hip to the modern usage. The word held both significant degradation and shock value to me, qualities fitting of an extreme, involuntary mutilation. But the reality is that the shock value is now minimal. Fiction writers employ cunt as a Monday-through-Friday type of attack. Cunt as insult enjoys such mainstream acceptance that even The Best American Short Stories series isn’t exempt.5

I’m tired of it. Fucking tired of it. I say that to demonstrate that I have no problem with a well-placed, all-inclusive obscenity such as fuck, shit, damn, or asshole. I can even accept the more general gender-based insult of bitch.

However, race-based obscenities should be off the table (and no, using the alternate spelling of nigga doesn’t make that particular word magically okey-dokey). Same goes for belittling someone by describing them as what is, let’s be honest, a damn fine female body part. Demeaning the physical core of femininity is bottom-feeding objectification.

So, cunt as insult is bad and should not be taken silently. That suggests tacit acceptance, which is a problem when the practice is bleeding into so many avenues of communication and is perceived as imbuing artistic endeavors with an aura of gritty coolness. People need to be made aware that the simple fact of living in the 21st century doesn’t give them an inalienable right to say shit they shouldn’t, and that starts with an insult that is detrimental to all women everywhere. Here are some sample conversations offered as inspiration:

Potential female response: “Not a cunt, but a proud owner, thank you.”

There’s a good chance the misogynist/weirdo will continue to use cunt as insult. But maybe not. And maybe someone who hears your response will think twice before they use it themselves or allow others to use it without social repercussion.

Wait, what if womenfolk want to take back the power of the word? Achieving true power doesn’t involve equal-opportunity degradation of the female sex. In this regard, I don’t give cunt the same leeway as I do bitch. Bitch as insult is broader, less personal, less defining, and consequently, more malleable in meaning. Cunt as insult is just such an intimate attack that there is no way to spin it into female empowerment. All we’re doing is “mean girling” ourselves over our basic anatomical structure — pretty much the ultimate display of self-loathing. Note: I’m all for male empowerment as well, so even though I find the insult “cock face,” which I recently discovered via Instagram, quite visually evocative, I have no plans to indulge in its use to balance the scales.

Women who want to own the word and men who want to be decent human beings should take cunt out of the realm of insults, reclaim it as a beneficial organ,6 and use it in a complimentary light. In Victorian erotica, writers typically used cunt and its diminutive cunnie (also cunny) in service to happy though sometimes questionable pleasures, not as a rote opportunity to insult women’s sexual organs. These days, poets seem to be on the leading edge of artists willing to reclaim cunt from the realm of negativity.7

I myself am not above objectifying human body parts. To wit: See Norman Reedus aka Daryl Dixon on the television series “The Walking Dead.” As Buzzfeed writer Erin La Rosa said last year, “DEM. ARMS.”8 When one views such proportional elegance, appreciative objectification — linguistic ogling if you will — is a natural response. In fact, the Reedus fandom often labels photographs of the actor based on the different types of “pornography” they offer the viewer, brandishing anatomical hashtags like orgasmic yelps.9 The point: Sexual objectification can be a positive experience when it celebrates rather than denigrates.

My one caveat is that the person to whom this objectification is applied should appreciate the effort and not be made to feel scared or annoyed. Continuing with the Reedus example, if I were ever to meet the man, I would stab my own hand with a ballpoint pen before I let him feel the creepy slime of sexual harassment as a result of my words. Unwelcome objectification of either sex by word or action is always inappropriate. You have to be able to turn off the objectification and deal with people on an individual, human level.10

So, cunt as compliment is good — as long as the recipient is happy. The next time you and I have sex, I’d be pleased to hear “Wow, lovely cunt!” Otherwise, shut up, asshole.

1 Lurk at the Twitter feed of @sutterink for a few weeks at the outside to observe supreme proficiency, if not grace, in using cunt as insult.

2 The review equating bad music to cuntjuice occurred more than a year (or two) ago, so I can’t find the link, but it’s the reason I stopped frequenting the website. Bad karma pending htmlGIANT.

3 See the Feb. 3, 2014, All Monsters Are Human Tumblr blog posting, which features this original or possibly reblogged but likely not reposted PSA. Here, CUNT is written in pink type. Taken together with the red-lettered Cyrus shirt, the post suggests that while women enjoy cunt as insult as much as any man, it’s OK because they make it pretty.

4 In 2013, a sorority executive board member at the University of Maryland (UMD), which Forbes ranks as No. 73 among America’s top colleges, e-mailed her sisters threatening to “cunt punt” anyone who dared to cheer for both teams at Greek Week events, according to Gawker. UMD’s notable women alumni include the journalist Connie Chung and Vashti McKenzie, the first female bishop in the African Methodist Episcopal Church.

5 See the lovely but for this one flaw “Alive” by Sharon Solwitz and the intriguing but similarly troubled “Tenth of December” by George Saunders, both in BASS 2012.

6 Need help understanding exactly what a cunt is, and why you should venerate it? See Cunt Coloring Book by Tee Corinne, but the short answer is that even if a cunt isn’t your thing sexually, it still had something to do with how you arrived on this planet and deserves appropriate respect.

7 Natalie Eilbert is one poet who opts to take the negative out of cunts. Your cunt’s a star? Hell yes, Natalie, so’s mine. Karma partially restored htmlGIANT.

10 Take note, co-hosts of “The View,” who in a 2013 interview exhibited no qualms squeezing the Reedus arm muscles even as he physically shied away from the contact.

Caralyn Davis lives in Asheville, N.C., and works as a freelance writer for trade publications. Her fiction and creative nonfiction have appeared in Eckleburg Anthology, Word Riot, Superstition Review, Killing the Buddha, Relief, and other journals. Her “faves” include experimental puppetry and the Great Smokies Writing Program at the University of North Carolina-Asheville. She can be found on Twitter: @CaralynDavis.