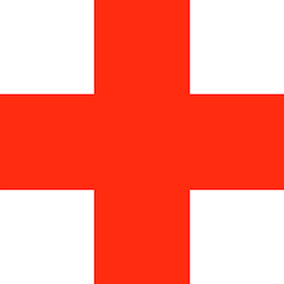 At the cross section where self-loathing and self-worth lie are six of one being lies and a half-dozen of the other being truths. But it depends on how you get there.

Nurse: “Have you arrived?”

This is a complicated spot in which to stand still. If the world is spinning and the plates are shifting and we are neither up nor down, where do we stand? We look for coordinates, global positioning but in relation to what?

Nurse: “How was your home life?”

I had started wearing hats in 9th grade. I rode the bus on the way to school and watched the rain out the darkened window. I could see just enough of my reflection in the bus’ window to begin to analyze: if I tilted my head like so . . . I wasn’t such a bad looking kid. It was like a revelation but from the smallest of voices so it would take years to reshape my thinking. But it was worth something. It was finally my voice that had registered.

But there were other voices that would cut and bite, would make me feel worthless. Evenings I would stand in front of the kitchen window and the chore that I procrastinated nightly: dinner dishes. I would lock the dog in the kitchen with me but his whining would always prove too much. I would let him out and go back to the window. Then the voices would start in on me.

Nurse: “What would they say?”

They would repeat this.

Nurse: “How did this make you feel?”

It was all rust and metallic. I couldn’t make them stop. In the end I would have to crumple up and go to sleep on the kitchen floor.

If you were obsessive compulsive and looked for patterns you might see something like this when looking at my bookshelves: Henry Rollins, 12 Steps, Emanuel Swedenborg, and Jesus Christ: The Journals on Personal Failures and Safety Nets with Large and Depressing Holes.

My life is a conflagration of all the mistakes my faith allows. But if I take baby steps then it’s one day at a time and God, grant me the serenity…

Nurse: “Do you talk to Jesus when you fail?”

It’s the only time he can hand me back my ears and open my eyes.

Nurse: “You see better through failure.”

I misquote a Suicidal Tendencies song all the time so it says, I feel your pain so I survive. I replace the conjunction, and (I feel your pain and I survive) with the adverb, so. In the original, Mike Muir is speaking of survival in spite of x. In the second instance the survival is dependent upon the pain. The adverb serves as a type of cross section: x therefore y.

Nurse: “Do you desire failure?”

At the cross section of self-loathing and self-love you can feel white heat. I want 1032 K and Jesus can handle that.

Josef Firmage is an award winning writer living in Boise, ID. He was awarded the 2011 President’s Writing Award from Boise State University for his essay, “Spartan Decisions.” That same year he was nominated for a Pushcart Prize by Prick of the Spindle for his short story, “The Boy in the Whale.” His poetry has appeared in Anemone Sidecar and cold-drill. He is currently at work on his first novel.