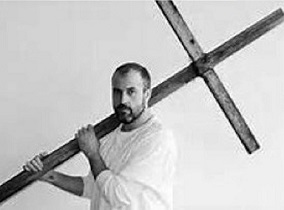 “I don’t think writers are comfortable in each other’s presence.

We can talk, of course, for five minutes or so, but I don’t think we want to socialize.”

The last half of the 19th century was enlivened by a literary free-for-all in the English-speaking world. Thackeray was trashing Dickens; Conrad, Melville; Wells, James; Orwell, H.G Wells; Poe, everybody.

Nor was it all just boys being boys. George Eliot jumped into the fray with her essay, “Silly Novels by Lady Novelists.” After the turn of the century, Dorothy Parker, observed, “As artists, women novelists are rot, but as providers they are oil wells – they gush.” Her expatriate colleague, Gertrude Stein, begged to disagree, tersely informing her Random House publisher, Bennett Cerf, “20th century literature is Gertrude Stein.”

After the Montparnasse matriarch passed, Lillian Hellman and Mary McCarthy squared off for the title. Even before the heat of it, the former observed, “Writers are interesting people, but often mean and petty.” Proving it, Ms. McCarthy announced on the Dick Cavett Show, “Everything she [Hellman] writes is a lie, including the ‘and, and the ‘the’.” The author of Julia sued for $2.5 million, including $1.7 for “pain and anguish.” In the New York Times, pugilist turned peacemaker, Norman Mailer, scolded the defendant for hitting her opponent “when down,” and appealed for truce. Instead, Hellman had a heart attack and the libel suit was dropped.

“What’s not understood sufficiently about novelists is how competitive we all are. We’re as competitive as star athletes,” Mailer told the Paris Review. Why can’t talented writers just “enjoy” each other without becoming “envious”? he asked rhetorically. His cloud-parting explanation: “It doesn’t work that way!” Mailer disdained Faulkner for his “mean small Southern streak” and for never saying anything “interesting,” but shared his supreme vanity and ambition.

Elite competitors have a fire in the belly; but in writers, unlike athletes, that fire can be fueled by frustration and anger over the blindness or biases of the refs – Pulitzer judges, Times’ critics, armchair academics. Like most novelists, Faulkner, Hemingway and the other masters suffered punishing sacks throughout their careers, and often complained that a work had been unfairly judged or eclipsed by lesser talents.

“Nothing is more humiliating than to see idiots succeed in enterprises we have failed at!” fumed Flaubert.

Deciding the best defense is an offense, Hemingway cut loose on his rivals in his second title, The Torrents of Spring. The first target: his mentor and patron, Sherwood Anderson. “Wrote it to destroy Sherwood and various others,” the young war correspondent wrote Ezra Pound. “It’s the first really adult thing [I] have done. Jesus Christ, it is funny.” He later added: “A man’s got to take a lot of punishment to write a really funny book.”

Norman Mailer idolized Hemingway. Following the master’s lead, The Naked and the Dead novelist took on his own peers one by one[1] in Advertisements for Myself. Meanwhile, the Light Heavyweight champ, Jose Torres, was teaching the Village Voice bete noir The Sweet Science: Boxing. In The Fight, Mailer would later write: “No physical activity is so vain as boxing. A man gets into the ring to attract admiration. In no sport, therefore, can you be more humiliated.” Except in the writing game, he might have added.

When encountering a critic, Norman would — like Papa — drop into a fighter’s crouch. He soon got into the habit of sparring in bars. “I seemed to have turned into a slightly punch- drunk and ugly club fighter who can fight clean and fight dirty, but likes to fight,” he said. Later, proving himself a multi-talented martial artist, he head-butted Gore Vidal, sat on Truman Capote, and shanked the second of his six wives for calling him a eunuch.

A Million Little Pieces fabulist and fight fan, James Frey, was bummed about being “a fucking pariah” of publishing, until he had the good fortune of meeting his role model, Norman Agonistes. “If you would have called me, I would have explained to you how to get through all this mess!” the 83-year-old legend told him. Like a boxer, every rebel artist takes a beating, he explained. Just as the philistines had for forty Biblical years “stomped on me,” the author of The White Negro went on, “now you have the privilege of being stomped on for the next forty years.”

Poet John Dolan had called Frey’s bestselling rehab “memoir” “A Million Little Pieces of Shit”; Liar’s Club author, Mary Karr, dismissed it as “horse dookie”; and The New York Daily News branded Frey “a lying sack of dung.” After The Smoking Gun outted Pieces as pure fiction, his patroness, Oprah, the Queen of Empathy, skewered him on air. “I’ve been through so much shit…. I’ve been stabbed over and over and over again,” Frey told Esquire magazine.

Like his heroes Hemingway and Mailer, the pariah was determined to “write the best book of my generation,” and be regarded as “the hottest shit in the world.” Exploiting his experience  with  crucifixion,  Frey went on to write  Illumination:  The Final Testament of the Holy Bible, a post-modern tale of Jesus’ Second Coming to New York, inspired perhaps by Mailer’s first-person novel, The Gospel According to the Son, in which Jesus corrects the apostles’ record vis-a-vis his miracles, his love life, his persecution and Passion.

Meanwhile, James, determined to do unto others before they did unto him again, got a “FTBSITTTD” wrist tattoo — “Fuck the Bullshit, It’s Time to ThrowDown.” Doing so, he trashed A Heartbreaking Work of Staggering Genius, telling Dave Eggers and his fans to “fuck” themselves for thinking the novel deserved to be the Pulitzer finalist for 2000. Then he laid into the other critical darling of his generation: David Foster Wallace.

In 2012, Bret Easton Ellis tag teamed the winded Frey: he went American Psycho on Wallace. The Less than Zero novelist notified his 300,000 Twitter followers that the Pulitzer nominee was “the most tedious, overrated, tortured, pretentious writer of my generation.” He added that anybody who considered the MacArthur Genius a genius belonged in “The Literary Douchebag-Fools Pantheon.”

Wallace might have defended himself except he was dead.

He’d bloodied The Lit Brat Packer with his own broadsides back in ’87. After the tradition of Hemingway’s Torrents and Mailer’s Advertisements, Wallace critiqued his Twenty- Something rivals in a Review of Contemporary Fiction essay, “Fictional Futures and the Conspicuously Young.” He argued that many suffered from “Workshop Hermeticism,” “Catatonia,” and/or “Yuppie Nihilism,” and that Ellis held the triple crown, writing “trash” no better than TV. The polemicist compared the L.A. author to a hooker: she “titillates, repulses, excites, transports—without demanding any intellectual or spiritual or artistic responses.” At the time, Ellis was at work on his second trick, American Psycho, the hero of which dismembers and eats prostitutes while playing the stock market.

There was a larger issue at stake between the X-Gen novelists, as there often is with such literary showdowns. Their editor, Gerald Howard, alludes to it in “I Know Why Bret Easton Ellis Hates David Foster Wallace.” Minimalism against Maximalism. The new Pop vs. the new Proust. Commercial vs. Purist.

When he wrote “Fictional Futures,” Wallace, 25, had one novel (The Broom of the System) which concerned symbolic language and Wittgenstein’s philosophy: it sold 2,200 copies.

Ellis, 23, had one novel (Less Than Zero) about partying yuppie junkies and Hollywood sex slaves: it sold over 50,000 copies in the first year, and would be made into a major motion picture. In 1990, Wallace wrote his bestselling friend, Jonathan Franzen: “Right now I am… a failed writer at 28, who is so jealous, so sickly searingly envious of you and Vollmann and Mark Leyner and even David F–kwad Leavitt… that I consider suicide a reasonable…option.”

By the time he took that option in 2008, he had eclipsed his peers. Especially Ellis. Wallace’s last complete novel, Infinite Jest, sold well and earned a slot on Time’s 100 Best Novels list; Ellis’s last, Imperial Bedrooms, a Less Than Zero sequel, tanked critically and commercially. Rattling Ellis further, the martyred Wallace was canonized in D.T. Max’s 2012 biography, Every Love Story Is a Ghost Story. So, before his rival was beatified, the American Psycho delivered the final blow to the Pale King: he called him a “fraud” and his fans “Douchebags.”

As for Franzen’s relationship with Wallace, the National Book Award winner told the Paris Review: “Our friendship was haunted by a competition between the writer who was pursuing art for art’s sake and the writer who was… getting public attention and money.”[2]