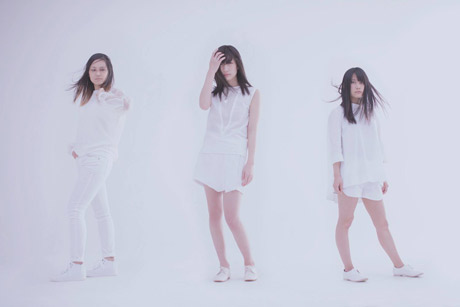 Tricot (often stylised as “tricot” pronounced toh-ri-ko) is a math rock band from Kyoto, Japan. Known for their intricate rhythms and visual identity, they have released two EPs and two full-length albums. They were described by Rolling Stone as “Adrenalized math rock sped up and given pop’s candy coating”. They have toured extensively in Japan, as well as playing in Singapore, the United Kingdom and Europe. In 2015 they launched their first North American tour, followed shortly by a full European tour in 2016.

In 2011, Right after Kazutaka Komaki joined the band as drummer, they established their own label, BAKURETSU RECORDS.

In 2013, tricot released their first full-length album T H E, which charted at #18 on the Oricon Albums Chart. In 2014 they toured Europe for four music festivals. They later supported The Pixies at the Eden Sessions in the UK.

In 2014, Kazutaka Komaki left the band due to musical differences.

In 2015, tricot released their second album A N D, which charted at #34 on Oricon. The first single for the album, “E”, was premiered on NME. In March they performed their song Niwa in a live session, again premiered on NME joined by all five drummers who played on the album.