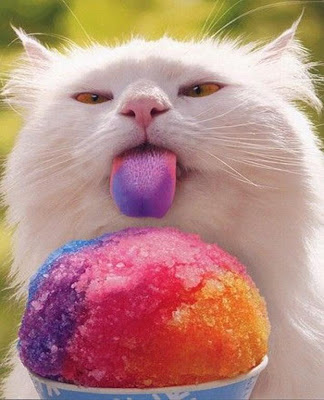 The lesbians surround me. Swarms of them come in every day through the heavy glass door and want to pick at my brain.

“Are there any transgender books for children?

“I want to introduce my sister to feminism, but she doesn’t like to read. Is there a novel or something that would be good to give her?”

“I’m doing a research paper on [enter obscure lesbian activist’s name here]. Do you have any biographies on her?”

I work at a feminist bookstore and am surrounded by books and feminists and lesbians all day. I love this. I receive books. I gaze at the short-fauhawks. I shelve books. I smile at the cute lesbians in the plaid shorts. I read books when my bosses aren’t around. I offer recommendations to the baby dykes eyeing the erotica section. I take home all of the damaged copies. I play Ani Difranco on the sound system for the customer’s pleasure. I have a plethora of knowledge about every damn lesbian and feminist text out there. I get phone numbers.

Working at a feminist bookstore is one of the most amazing, relaxing, fun and entertaining jobs I have ever had. Most of our customers are incredibly nice and excited to be surrounded by so many books written by women and other minorities.

Occasionally, though, there is that one customer.

A man wearing sweat pants and a muscle t-shirt came into the store a month ago and asked where the “sexy books” were. We pointed him in the direction of the erotica section. Not much later a co-worker found him doing push-ups in the back of the store. Weird. He came in the next day and tried to do the same thing, and we told him no. We told him leave. He started at as, looked pleadingly past our heads to the erotica section, flexed his muscles then finally turned around and left.

And there’s always gotta be that dude who tries to be all funny and comes in and says “Are men allowed in here?” I reply by telling him, “Of course. We’re not sexist here.”

Most guys who come into the feminist bookstore are pretty cool, respectful, and excited to see books they can’t find at the big corporate chain bookstores. But we don’t see them as much as we see the lesbians come in, which is often. And we always love the lesbian shoppers. Love when they show their pride by buying queer books, when they hold their girlfriend’s hand in public, when you can see that unavoidable smile on their face because they know they are surrounded by their kind, by a place that supports them.

Aside from creepy dudes and wonderful lesbians, mothers and their kids also come into the store to look at our huge selection of non-stereotypically-gendered children’s books.

On the front counter where people line up to buy their books, there is a display of stickers that say “I Heart My Cunt”, or “I Heart My Yoni”, and “I Heart My Pussy” and the like.

Mother and son come up to the counter. Mother is in her mid-thirties, and son is about seven or so. I’m standing behind the counter with my boss, and the little boy sees the stickers.

“I Love My Pussy.” He reads aloud.

“Yes,” my boss says quickly, turning red and putting the sticker display underneath the counter, “We love pussies. Meow meow.”

This is not the same boss who told me the story about what happened when author Marjane Satrapi read at the store. She’s a graphic novelist, the author of Persepolis, and is a very admired author in not only the feminist community, but the literary community as well. The story goes: she comes into the store and is giving a reading, and in the middle of her reading she pulls out a cigarette and lights it up in the store.

“What did you do?” I ask my boss when she tells me this story, knowing it is an obvious rule that you can’t smoke in the store.

“She’s fucking Marjane Satrapi! I got her an ashtray.”

My only aspiration in life is to have someone respond to me in that way.

There have been many other famous authors who have read at the store. Isabel Allende, Barbara Kingsolver, Eve Ensler, Jhumpa Lahiri, and even Hillary Clinton. But the most fantastic event I ever attended was a reading by Cathy Wilkerson (a member of The Weather Underground, a notorious activist group in the 1960s that tried to make political statements by bombing empty targeted political buildings). Among the people in her audience was a man sitting in the front row wearing nothing but an American flag wrapped around his body, and then there was also an old wiry man in the last row of chairs who stood up during the Q&A section and shouted “You’re a terrorist!” When I escorted him to the door, he said that I wasn’t fooling him, that he knew me and this store were spies for the FBI. We even got a letter from him a few weeks later that detailed out the points as to why he knew we were spies. What’s funny is that my grandfather actually was a spy for the FBI, though I have never been one.

Other than the famous authors, we also host events for first-time authors. They set up a reading event, then come in with their self-published books and their bottle of wine to celebrate their first reading event, ever, and no one shows up to listen. The correct response from a staff members in this situation is, “It’s not the first time this has happened, and it won’t be the last,” which is actually true. And then the author gives you a nice smile that says thank you, and then she says “Well. Let’s open up that bottle of wine!” And we employees stand around smiling because we are at work and getting paid to be drunk, and the author smiles with us because she’s trying to squash her devastation.

Finally, there is a monthly lesbian event that has been going on for years. It’s an event on the third Saturday of every months for “lesbians and their friends.” It occurs after store hours, so as not to be disrupted by shoppers. For this event there are performers other than authors on the stage. Musicians, belly dancers, filmmakers, and even burlesque dancers. And one time there was a lesbian tent revival. Last winter the theme of the event for January was an open-mic of sorts, where people who signed up could go on stage and perform, dance, sing, read and maybe win some money. Judges judged and audience members clapped. Three of my coworkers each performed an act, so I agreed to do one, as well. I do not know why I did this, because I am horrible at dancing and have the worst self-esteem about my body, ever, but I decided to do a burlesque act. All pasties and garter belt and fishnet stockings. I did a sexy dance to an acoustic version of Lady Gaga’s “Poker Face.” I glued cards to my body and ripped them off. I wore outrageous earrings and red stiletto heals. And at the end of the song I was wearing nothing but pasties on my nipples, and a pair of black underwear. I gave myself the stage name of Betty Bangover, because I think “bangover” is the best word in the English language (get it—it’s like a hangover from having too much sex the night before). And I chose Betty because that is my grandmother’s name, and I thought it would be hilarious to name my mostly-naked personae after her.

This is what it is like to work at a feminist bookstore: you are surrounded by rad queer people all day, you have the occasional encounter with creepy and/or crazy and paranoid men, you negotiate how to be in a space in which there are both children and sex things, you meet famous authors whom you admire, and you drink free booze with disappointed newbie authors. And, what the hell—why not get naked at your workplace? Because it is something you can do. Because no one in the store finds it odd. Because everyone here is supportive of feminist and creative endeavors, and they all clap exuberantly when the person who usually rings them up and bags their books for them is in the store and getting naked.