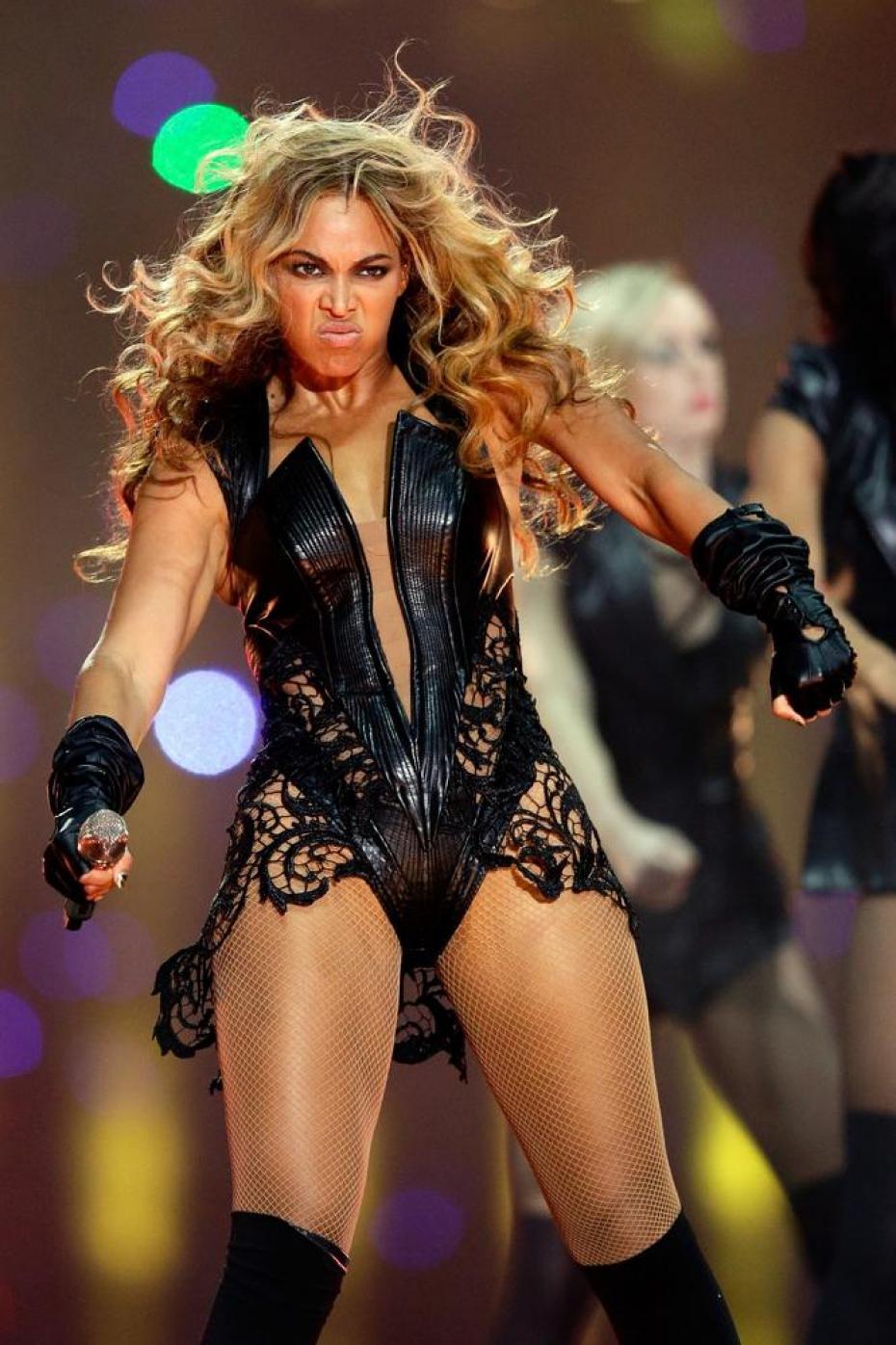 Hehe. After a series of unfortunate clicks, I came to the unflattering Beyonce pics saga–Yes, I know, late late. First thing that comes to mind is HELL YES. I mean, excuse me, but the girl has passed by the reclining in nude repose stage and stomped into get her freak on and watch yourself, motherfucker, or I will stomp your face in. Get it. Get it good stage. If I were Beyonce’s publicist, I’d start a fake “take down the unflattering photos” campaign while starting a Beyonce will stomp your face campaign. Wow. I’m going to now go practice my Beyonce-Hulk in the mirror. These are my new favorite photographs of Beyonce.

It brings to question what is acceptable portraiture of female in today’s media. And in studying the multiple Superbowl 2013 photographs of Beyonce’s kick your ass/sexy dance it appears that “acceptable” means acquiescent. The photographs that have been deemed unflattering seem to have two things in common. Too much jaw. Too much muscle. Hmm.

Now I will agree that the quizzical disgust look is less than appealing for a man who wants to fantasize. They want their sexual fantasies to lie back and take it good.  Yes, the hulk look does not speak womansexgoddess in a traditional male fantasy sense. But it does speak whatthehelldudebackthefuckoff sense. And herein lies the conundrum.

Beyonce and her publicity team must pander to the football crowd. Demographic? He-men of the universe who either played football at one time or fantasized about playing football at one time and no where in this equation is a woman on the field except on the sideline with short skirts, breasts out, jumping and jiggling with sweet, come hither smiles. Hmm.

Beyonce is giving them something they do not expect. Bad ass Lucy Lawless with a side show of disgust that would be at home on say, Saturday Night Live. Imagine Beyonce with her friends, hanging out, Beyonce standing up and entertaining them with an “ugly moment.” Or some idiot just said something truly repugnant toward women and instead of responding with the “grace” the public so desires of its females, she puts on her sarcasm. And so on. Oh yeah. Get it good.

The media is inundated with traditional fuckmeboysbecauseIamyoursextoyandIpromisetolikeit photographs of Beyonce and so many female celebrities. Beyonce may not have planned for this photo shoot, yes, but it is balls out the best shoot I’ve seen in a long time. If she asked me, I’d say embrace it. Keep it coming.

Rae Bryant is the author of The Indefinite State of Imaginary Morals (Patasola Press). Her work has appeared or is soon forthcoming in The Paris Review (Online), McSweeney’s, StoryQuarterly, BLIP Magazine, Gargoyle Magazine, and Redivider, among other publications.