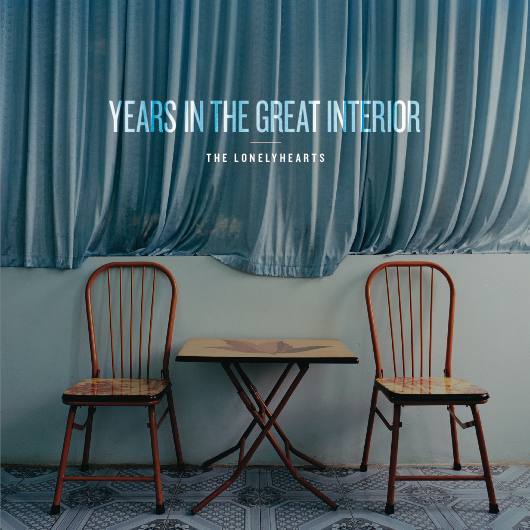 The Lonelyhearts’ Years in the Great Interior is coming out June 4, 2013 via Maximum Ames Records!

Come hear The Lonelyhearts and The Lonely Wild play this

The ten songs on Years in the Great Interior flesh out different characters and sounds, yet all of them are connected by a distinct, purposeful vision. In this way, the album unfolds like a collection of powerful short stories: each song plays out a poignant narrative and, musically, the arrangements are varied but cohesive. The album’s centerpiece consists of two songs about Lorain, Ohio (birthplace of Toni Morrison and the location of her novel The Bluest Eye). “Welcome Center: Lorain” pulls its story from an essay by writer Nick Kowalczyk concerning his return to Lorain over a dark New Year’s Eve to find a former classmate the lead suspect in a triple-murder case. Only slightly less grim, “Queen City of the Lakes” chronicles the parallel dissolution of a friendship and the fading Rust Belt city in which it was forged. Building outward from these two songs, the album primarily focuses on personal and local struggles more so than the macro/global concerns of the band’s last album, 2008’s Disaster Footage at Night. There is the confused sexuality of the Jonathan Ames-inspired “Pass Like Night”, the tortured infidelity of “Autumn Percussion”, and the after-hours missed connection of “The California Oak Mortality Task Force.”

Years in the Great Interior follows up 2008’s Disaster Footage at Night which has been featured on NPR’s All Songs Considered and received a warm review from The Owl Mag.

“The Lonelyhearts channels the soul of Neil Young and the electronic depth of Grandaddy…the duo churns out some pure authentic Americana that sounds pretty and feels momentous,” said The Owl Mag’s Jeff Braco.

Daytrotter.com, which with The Lonelyhearts have recorded two sessions, described the band as “somber and heartbreaking as those of a Casiotone For the Painfully Alone song, but the people in them seem like they are less submissive to the circumstances and more willing to run through some walls.”

Musically, the record finds The Lonelyhearts experimenting with a fresh array of sounds. While the focus of the live show has always been the arresting minimalism of just the band’s two members on stage, their albums explore more complex arrangements. From the MBV-esque pitch-bends of “Multi-Unit Housing Makes Bad Neighbors” to the swirling atmospheric folk of “Union,” each song on Years in the Great Interior opens up its own distinct world of sound. The music consistently interacts with lyrics in surprising ways: The upbeat, surf-rock sound of “Princes of Rubble” belies the nihilism of post-earthquake Haitian gangsters, the bubbling synthesizers of “Alexander Palace” comfort doomed modern-day aristocrats, and the down-tempo electronic music of “The California Oak Mortality Task Force” casts a traditional folk song in new sonic surroundings. Years in the Great Interior was written as the two members of this formerly Bay Area-based band fully settled into new homes — John Lindenbaum in Fort Collins, CO, and Andre Perry in Iowa City, IA. The songs were refined on tour as the band traveled around the Midwest, playing several strings of shows in Iowa, Illinois, Minnesota, Kansas, Missouri, Colorado, and Wisconsin. Taking the songs from their spare origins — 12-string acoustic guitar, keyboard, and two voices — The Lonelyhearts recorded the album in the basement of Lindenbaum’s Fort Collins house and then brought the tracks to Iowa City for mixing and mastering with engineers John Svec (Greg Brown, Bo Ramsey) and Colin Ritchie (Emperors Club). The result is their tightest album yet — an accomplished synthesis of stunning lyrical narratives and remarkable music.