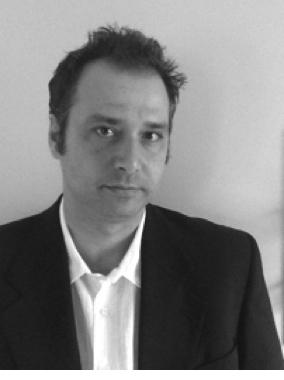 Alex Pruteanu’s short story “Ma, In Fragments” was published in late April here on The Doctor T.J. Eckleburg Review. There was such a great response to this story, that we wanted to see what Pruteanu’s writing process was as he worked on this piece. Below is what Pruteanu had to say about how he approached his story.

Initially, this short story was simply called “Ma.” I started writing this piece in 2003 with the intent of pushing it into the novella/long short story realm. I was inspired by a story I’d read in the late 1990s in an O. Henry annual collection or some omnibus with a similar name. The winning piece for that year was about the quiet life of a nurse and her dogged involvement in a nurse’s union fight and subsequent major victory. It was a lovely piece encapsulating the life of a remarkable but modest and anonymous woman—a piece whose name and author now escape me, but it began the thought process that years later yielded “Ma.”

After I’d finished “Ma,” it stood at around 15,000 words, but I thought it moved too slowly for a short story or…it just wasn’t dynamic or interesting enough in its linearity. So I put it aside to re-write and majorly re-work it later. A few years on, I found myself in a room with my mum and my newborn daughter in my arms, and my mum made note of the fact that for the first time, three generations of Pruteanus were together at that particular moment in that particular place. While that may not be a big deal for some (or most), it struck me as an important delineation in our lives, even as brief a marker as it may have been.

Not too long ago, when I decided to overhaul the piece, I remembered how I felt the gravity of that short moment and decided that “Ma” should be really written in fragments; the fragments of her own life that remained with her more vividly; the fragments that she deemed important.

The story of this strong but dying peasant matriarch is told mostly in dialogue with her grown son, Dimi. The woman’s timelines are obfuscated; she converses with her son at different ages and different stages of their lives. In one disorienting scene, Dimi appears as a toddler having a bath in a small tub, in with his father’s laundry, at the foot of her bed. At one point Ma’s grandson, Dimi’s own boy, is referenced as having just gotten engaged; the story now spans three generations. Still, events come in and out just as they’re probably replaying themselves in her memory. Her own husband, long deceased, appears at different ages, paying her a final visit dressed in his officer’s uniform, in his early 20s.

With “Ma, In Fragments” I wanted to pay homage to the stoic but tough-as-nails character of the Eastern European peasant woman. In my boyhood, I often spent time at my grandparents’ house in a village in Moldova (Romania), and my grandmother—who recently died in her mid 90s—was always the heart and blood and engine of the household, despite her pre-destined subservient societal role. Although men ruled in an archaic misogynistic culture, it was the women who were stronger and ran all things within and often outside of the household. At least that’s how it seemed to me even then, as a boy.

Since emigrating to the United States from Romania in 1980, Alex M. Pruteanu has worked as a journalist, television news director, freelance writer, and editor. He is author of “Short Lean Cuts” and “Gears: a Collection.” His writing has appeared in NY Arts Magazine, Guernica, PANK, Connotation Press, FRIGG, and many others. Alex lives with his family near Raleigh, North Carolina.

Since emigrating to the United States from Romania in 1980, Alex M. Pruteanu has worked as a journalist, television news director, freelance writer, and editor. He is the author of the novella Short Lean Cuts and Gears, a collection of short stories from Independent Talent Group. His writing has appeared in Guernica, PANK, Specter Magazine, NY Arts Magazine, Connotation Press, FRIGG, and many others.