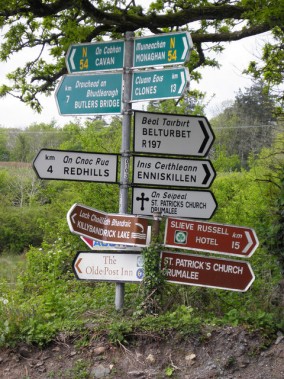 As a native Floridian, who lived in Orlando for five years, I have often driven passed Disney’s unincorporated town Celebration. Stylized building facades — Mediterranean, French Victorian, and Colonial Revival — force community charm. In 2010, around 7,420 people lived there as permanent residents. There’s even a public school on the property better suited for Florida orange groves than a pre-packaged life.

Once, I made a wrong turn toward Celebration. I quickly got back on the interstate. The place creeped me out.

After recently reading about Celebration in Mary Ruefle’s Madness, Rack, and Honey: Collected Lectures, I went to Google to search images of the community. I thought I might see Pleasantville-esque photos. [Pleasantville, starring Reese Witherspoon, is a movie in which teens find themselves transported back to the black-and-white 1950s. This movie came out in 1998. Celebration’s first residents arrived only two years earlier in 1996.] Nostalgia seems a sentient idea that creates communities — that of movie-watching experiences and housing — in weird ways.

As CBS news reported in 1999: “Nine months after [three vacationers] disappeared, divers found three bodies…and their vehicle in a retention pond.” The report goes on to detail the scene as producing a “mud filled” truck with a “shattered” windshield, and finishes with “the bodies were badly decomposed.”

Police found the truck in 16 feet of water about 125 feet away from the interstate.

Also from the report:  “Clairvoyants who contacted the families [of the deceased] predicted they had died in the Everglades or elsewhere in the Florida wild.”

Celebration technically stands as part of Kissimmee, an unincorporated area adjacent to Orlando. The name Kissimmee originated as a Native American word. “Some say it means ‘long water,”’ writes Jim Robinson of the Orlando Sentinel. “Others suggest it means ‘where mulberries grow.”’

Kissimmee, as the clairvoyants said, occupies part of the “Florida wild.”

The Florida wild — around where I lived — sucks people into the earth.

This Death Pond incident in 1999 is no isolated occurrence. In the same year, CBS says, “almost a half-dozen cars ended up in the pond.”

One of those deaths, a teenage girl, who allegedly wrong-turned into the pond.

“Celebration residents report hearing unexplained sounds near the pond,” states Ghostreport.net about a YouTube clip examining the pond. These noises, the clip speculates, “could be the ghosts of the drivers who made a wrong turn.”

Tyler Gillespie is the palest Floridian you will ever meet. He’s an associate nonfiction editor at Bayou and the co-author of The Awkward Phase, forthcoming from Skyhorse. He’s on Twitter @TylerMTG.