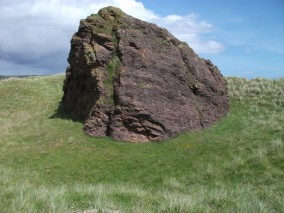 I had always wanted to write a piece that was numbered — a short fiction piece or prose poem. I had read a number of them from many masters — Charles Simic or Tomas Transtromer — and even a handful of my contemporaries: Lydia Davis, Amy Hempel, and Harryette Mullen. I was already experimenting with pushing the boundaries of reality and abstraction. What could I “get away” with? How far can I go?

The day I wrote the first draft of Ten Notes to the Guy Studying Jujitsu was a Saturday – clear fall skies, a crispness in the air. I decided to go to one of the local chain coffee shops, Alterra (now Collectivo), but to a location I was less familiar with, more suburban than the edgier favorite of mine. I ordered my coffee (black) and found a vacant sofa. I had planned on free writes, dropping into whatever comes out of my pen. There was a young man seated close to me, and he was reading a manual of sorts. The book had graphic images. At first I thought it was a college textbook, but instead, it turned out to be a book about Jujitsu. And the name popped into my head, I wrote it down, and started the first draft. Somehow the title of that sport, exotic to me, combined with notes one might leave a former lover gave me the impetus for this idea. I didn’t stop until I had the bare bones of ten notes drafted, and then I decided in later edits to make it less about “notes TO the guy” and more just about the relationship between the narrator and his ex. For me, this is important during free writes, not to tinker much with it while I write it. Just let it come out exactly as it does in the first draft. Next, I read a draft in my writing roundtable and got encouraging feedback, and worked on it several more times. I also read it at the KGB reading in New York City, hosted by 52/250 in December, 2012, and felt like it went over well.

Here are some aspects that are less fiction and a little closer to me than others:

For the fictional content, I drew on many various modern references (Huxley’s Brave New World, Yoko Ono, Samsonite, or Sony.) I also relied on many relationship stories I’d heard throughout the years, tweaking them so they would fit the construction of the piece. I wanted to combine the sadder pathos with shards of humor. I like black comedies, and there is an element of comedy-tragedy that I tried to balance in the piece. The last stanza (number 10) was the one I re-wrote the most — I’m still not completely solid about it. The pathos seems to be present, but the ambiguity is a risk. As readers, we are used to endings that are more neat, or solve the problems that have been presented. Themes that cycle through my work are also at play here: disappearances, missing those who are no longer in our lives, and the echoes of our own eventual demise.

When I got the news about the finalist placement in the 2013 Gertrude Stein Award in Fiction, I was over the moon thrilled. I had entered the contest because I saw the head judge was Rick Moody and I’m a huge fan. Plus, one of the first imitative pieces I wrote in college was called “Ruth” and was in the style of Gertrude Stein. I revere her writing. What I remember most about “Ruth” was the style of experimentation, repetition, irreverence and energy of the piece. So much, in fact, that when I read a poem every day for National Poetry Month in April, I read Stein’s “Cezanne,” which has similar qualities: https://www.youtube.com/watch?v=UtBivfsgOAk&feature=c4-overview&list=LL1Rvu_dH8w3eGL8ARupspdQ

And then, writer Dennis Cooper, another mentor of mine, gave my first chapbook, Microtones, two thumbs up, and he also re-posted the “Cezanne” video at his DC’s blog: http://denniscooper-theweaklings.blogspot.com.es/2013/07/3-books-i-read-recently-and-loved-darby.html?zx=6773f19341be394f.

And so, Rick Moody, Gertrude Stein, and Dennis Cooper = a cocktail of bliss!

Robert Vaughan leads writing roundtables at Redbird- Redoak Writing. His writing has appeared in numerous print and online journals. His short prose, “10,000 Dollar Pyramid” was a finalist in the Micro-Fiction Awards 2012. Also, “Ten Notes to the Guy Studying Jujitsu” was a finalist for the Gertrude Stein Award 2013. He is senior flash fiction editor at JMWW, and Lost in Thought magazines. His poetry chapbook, Microtones, is from Cervena Barva Press. He has a chapbook forthcoming from Deadly Chaps this summer, and his first full- length collection, Addicts and Basements from Civil Coping Mechanisms in February, 2014. 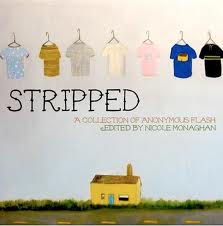