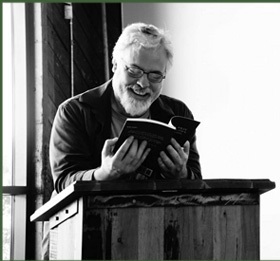 At the beginning of the spring, the rangers do a controlled burn near Sunset Rock. The trail to Sunset Rock has always been one of my favorites. It’s a gentle mile-long hike along the rim above the Kaweah River through oaks and pines. There is a little meadow that feels wetter than others to me for some reason. The grasses are always taller than my six feet.

We get into the mountains in the early summer, and the fire is nearly out. There is still a smoldering stump, but otherwise nothing burns. Anyway, there is nothing left to burn. Except for the mature trees, everything between the meadow and rock has been turned to black ash. It’s a strange thing to see. It’s a terrifying thing to see.

I grew up at a time when fire was equated with sin. During breaks between Saturday morning cartoons, Smokey Bear would point directly at me and tell me that it was my fault that forests burned. After all, only I could prevent them, he would say. That was quite a responsibility. Some programs would go on to show woodlands that had burned, and they would suggest that those woods were just gone forever.

Here, in this weird otherworld of after-fire, that seems as if it is true, even though I know it is wrong. What I know is that the bushes might be gone, and the little trees too, but there are seeds working their way into the rich soil the sooty ash is creating. By the late summer, the burning smell is nearly gone, but my boots still kick up the ash when I walk through the area.

During the next spring in my breaks between classes, I dream of those places. A friend of mine is a ranger, and she told me that morel mushrooms come out in April or May when the ground is muddy with snow melt, and the air is still cold. Most people don’t have vacation time to come up to see it, so the people who live there hunt them. She goes out with a camp stove, a pan, and some butter.

The mushrooms thrive best in places of recent fire. They like the nutrients in the ash, and they bloom in droves. I imagine her sitting there by herself, frying them up on her stove, in this place that is slowly turning back into the forests I know.

The forest is, of course, replanting itself. Out of the rich ash, there is a carpet of sapling pines mixed with wildflowers. The black ash is still visible, but it also makes all of the other colors pop that much more vibrantly.

By the time I’m back in the summer, I can still tell that a fire was through here, but the forest in this area is thriving. There is new life and it is filled with birds. The duff layer is gone, and the earth seems to have absorbed the powdery ash somehow. New views of the canyon have opened up as well and I can see a road below us and in some places the river. This trail that has long been one of my favorites has been renewed by the fire. It is the most spectacular spot in the forest.