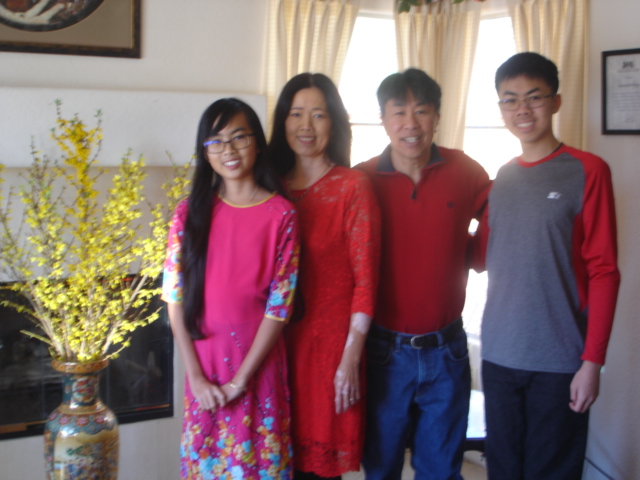 A woman in a Toronto grocery store tells Asian store employees to “Go back to China.”

I was born in Hong Kong in 1962 and came to the U.S. with my mother when she left my father. I was five years old. I learned early on that speaking Chinese made me different, so I stopped speaking Chinese. I was young enough that I learned to speak English without an accent, and I used to bask in my ability to speak English better than my mom, who had a thick Chinese accent.

I was young and different, so I searched for something, anything, to make me feel better about myself, even at the expense of pushing away my own mother.

In my attempt to assimilate, I stopped speaking Chinese but that wasn’t enough. I didn’t want to be Chinese. I wasn’t looking at myself. I was looking at the kids around me, and they didn’t look Chinese.

My mom married a man named Roger when I was six. Roger came from Minnesota. He was Caucasian, didn’t speak Chinese—and never wanted to learn. My stepfather and I weren’t close, and I’m going to be honest: I never felt he wanted me in his life. Still, I needed to feel like I could fit in Roger’s life. Roger was in the Navy and worked with his hands, so in high school, I took an auto shop class where we assembled lawn mower engines before stepping up to a car motor. My shop instructor saw the lawn mower I tried to put together and never let me within twenty feet of a car engine. I think he felt sorry for me because he gave me a “D” in the class when I deserved worse.

“Rather than everyone here having to learn Chinese…could [you] adopt a name just for identification purposes that’s easier for Americans to deal with?”—Betty Brown,Texas state representative

My birth name was Wong Man-Kit. Chinese people use their surname first followed by the given name. Imagine going through American schools in the 1960s and 1970s with the name Wong Man-Kit. It didn’t take me long to realize I needed an American name and I chose “Raymond.” But “Raymond” sounded a little too Chinese so I shortened it to “Ray” because nobody was ever going to confuse the name “Ray” with someone Chinese.

“At the end of the day, the Chargers wanted a lot more taxpayer money than we could have ever agreed to.”—San Diego Mayor Kevin Faulconer

I used to feel so alone and alienated in San Diego that I took it out on its professional teams. In 1984, when everyone in the city was going crazy over the Padres reaching their first World Series, guess who was wearing a Detroit Tigers cap? In the 1998 Series between the Padres and Yankees, I was rabid for the Yankees. I had been to New York only once to visit a friend in Binghamton. And in the 1995 Super Bowl, I clapped every time the 49ers scored.

In 1996, I returned to Hong Kong. I was 33. I had not seen the city or my father since 1967. There had been no contact between us: no phone calls, no letters, not even a postcard. When I saw my father for the first time in twenty-nine years, he only spoke Cantonese. I only spoke English.

That trip put me face to face with everything I had been running from: Chinese people everywhere speaking Cantonese—my native language; meeting my father; visiting his family— my family—in mainland China; walking alongside my mom through her home town; hiking up a mountain in the rain to visit my grandparents’ gravesite; praying to the memory of my deceased ancestors. I saw my family. I saw myself.

After my father died in 2010, my Vietnamese wife, Quyen, put his picture on the bookcase in our study. At every meal, my wife sets a dish of food next to his picture and invites his spirit to eat with our family. It’s her way—our way—of keeping his memory alive.

In 1996, I felt like an outsider in my own family. I was single and couldn’t imagine myself being married, let alone having children. The thought of being a parent scared the hell out of me; I wanted no part of messing up a child’s life. However, Quyen believed in me.

Today, Quyen and I have been married nineteen years and we have two children. My family is the most important thing in my life, and I know I belong with them.

In 1967, I had stopped using my Chinese name because I was ashamed of being Chinese. I even used to tell people I was British because Hong Kong was under British Crown rule from 1841 to 1997.

Today, when people ask me what I am, I tell them I’m Chinese.

I’m a San Diegan, a Californian, an American, a U.S. citizen. I’m also Chinese, an immigrant, a sports fan, a Meals On Wheels volunteer, a comic book and original art collector, a counselor, an entrepreneur, an author, a husband, a friend, and a father.

In 1996, I rooted against San Diego sports teams because I felt like an outcast in San Diego.

Today, I’m angry at Dean Spanos for abandoning our city by taking the Chargers to Los Angeles. When the Padres finally win a World Series, I will be at Petco Park cheering them on.