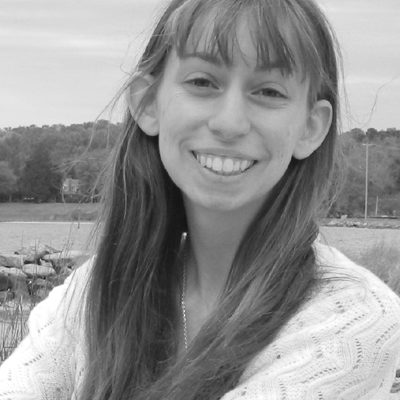 Lucille Clifton is a big inspiration for my poetry. As a former professor at my alma mater, St. Mary’s College of Maryland, I’ve heard a lot about Lucille Clifton these past four years, and for good reason. I admire her ability to create evocative images out of so few and simple words. In this collection are poems on femininity, race, aging, illness, death, and a host of other topics. I tore through this book much faster than I was expecting because of how closely I connected with Clifton’s voice. Her honesty and straightforwardness in her work is truly stunning. The poems read so easily and smoothly with their simplistic diction, yet they are so complex when it comes to theme and message. I think her poems are a wonderful read, even if you aren’t usually a poetry person and even if you don’t happen to be sitting by the water, the breeze tickling the pages.

Nicole Hylton is a writer-of-all-trades from Southern Maryland. She writes poetry, short stories, and has completed two novellas, Internet Official and Dropping Her Gloves. Her work has appeared in Aethlon and Avatar. She’s beyond excited to be working with Eckleburg (and not just because The Great Gatsby is her favorite book.) She holds a B.A. in English from St. Mary’s College of Maryland, minor in Sociology & Women, Gender and Sexuality Studies.

I’m always compelled by the emotionality of my characters. My main characters (or speaker, in my poetry) are often those who struggle with some kind of inner turmoil, which comes out in musings as well as interactions with other characters. All of my characters are struggling with something, and I think it really comes through in how they act and speak with each other. So much is often unsaid or undone, which to me reveals so much about who these characters are.

I’ve just finished my first draft of my second novella, Dropping Her Gloves, which was my senior project at St. Mary’s. I’m going to let that sit for a bit while I work on my poetry and my first novella, Internet Official, which I wrote in 2015. Although, I must admit it will be hard to put Dropping Her Gloves away because it’s a topic I’m so interested in (sports and gender) and a project that’s so close to me. But I know I will come back to it soon enough. In the meantime, I’ll be editing and sending out some of my poetry, so you can look forward to that.

I find myself influenced by both written and visual art. I’ve had deep interests in both ever since I was a kid, drawing on the walls of our house with crayon (sorry Mom and Dad) and staring at books for hours in my crib. I will always be inspired by The Great Gatsby and F. Scott Fitzgerald for their tortured beauty and lyricism. Frida Kahlo inspires me with her sharp tongue and vulnerability in her art: her ability to communicate her pain and bear herself before her audience so viscerally is amazing. In general, I admire artists who can portray images beautifully on a page or canvas, despite whatever pain may be behind them.

Eckleburg thanks Nicole Hylton. Do you have new work published here at Eckleburg or elsewhere? Add your Selfie Interview and share the news with our 10,000+ reading and writing community. If you have a new book out or upcoming, join our Eckleburg Book Club and let our readers know about it.

though i may be

to see the world

who i tell you

for you to twist and

because you will only

Support our Adopt a Contributor Program and donate 60% of your donation to this contributor. To adopt your contributor, first subscribe to our monthly or annual subscription. Then, return to your adopted contributor’s work url and sign the comments section at the bottom. Make sure to include “I’ve adopted “contributor name” in your comment. We’ll send 60% of your first month’s subscription to your contributor via PayPal! If you love fiction, poetry, nonfiction, music and art, join us in supporting our talented writers and artists.